Trans Representation after the Figure 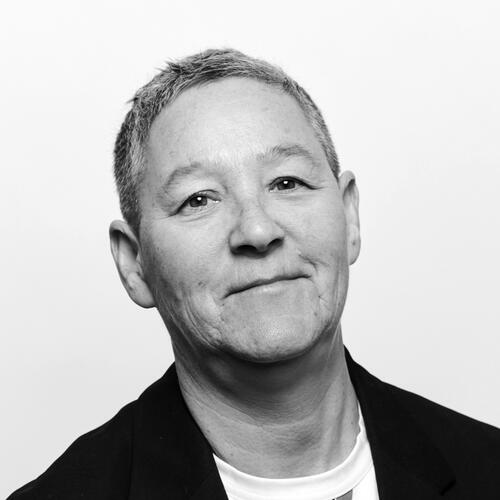 In late December 2021, an issue of New York Magazine circulated with a cover image of
a skinny man with a big package staring out at readers. Wearing only his Calvin Klein briefs, arms hanging loosely by his sides, chin-strap beard framing his open face, the man faced his audience and seemed to ask: ‘How do I look?’ The truth was, he looked odd. First, there was a large scar where flesh had been removed from one leg. Then, there was puckering around the nipples, an obvious waistline and hips rounding out the torso. The model was not odd, though; he was a trans man who had gone public about his recent phalloplasty and his quest for a large penis. The article drew fire for many reasons. Not only was the singular focus on having a penis out of sync with many narratives about transition, but the trans man himself, Gabriel Mac, had already courted controversy pre-transition, in 2011, for staging a sexual assault on himself for a Good magazine article. Mac’s New York Magazine essay was troubling, fetishistic and a very strange choice for the cover story of a major magazine. But the photograph was even more so. In condensing trans-masculine identity to the possession of a large phallus, the image re-established, in a single take, the binary visual regime that visible trans bodies have been challenging for the last few decades.

The New York Magazine article is not worth the paper it is written on, and it certainly has no place in an essay about contemporary trans photography. I refer to it because it highlights the problem with the over-reliance on the figure within the genre. Ninety percent of trans photography – beginning with Catherine Opie’s classic ‘Portraits’ (1993–97) and moving forward or going back to Claude Cahun’s remarkable archive of self-portraits from the 1920s to ’40s – has taken the ambiguously gendered face, torso or body as its subject. Del LaGrace Volcano – whom I collaborated with on The Drag King Book (1999) – has lingered on colourful and compelling portraiture, too, in works such as Mo B. Dick & Villain NYC (1997), even though, like Opie, they are also a remarkable and innovative landscape photographer. But Volcano’s landscapes and Opie’s ocean photography are rarely discussed in relation to transgender embodiment. Instead, a small but powerful archive of headshots, torso portraits or full-length images make the rounds, each image confirming a seemingly inevitable relationship between figure and identity.

But, given the over-exposure of trans bodies to fetishizing looks, couldn’t abstraction offer a method of representing, complicating, dispersing and concealing trans embodiment all at once? Take, for example, Volcano’s Other Worldly, Antarctic Peninsula (2005) – an image from their collaborative project with performer and playwright Mojisola Adebayo (Moj of the Antarctic, 2005). The photograph balances what appears to be a sun shining out of a dark sky with elements of snow, clouds and water. It is not clear whether the image has been inverted, nor can we tell the difference between sky, ground and water. The otherworldliness referenced by the title relates to both the arctic landscape and the uninhabitable terrain that, in the image, has erased legible and recognizable landmarks and plunged the viewer into a disorienting collapse of boundaries. Yet this, too, is transgender photography – not connected to the figure, as other images of Adebayo might be in the same series, but joined thematically and phenomenologically to questions of ambiguity, genre, porousness, definition and backdrop. While the images of Adebayo comment powerfully on the over-exposure of the Black body, on the relations between landscape and race, whiteness and Black identity, Volcano allows the Black body to disperse across the terrain by adding these representations of the oddness of the landscape itself. In this image, Volcano alerts viewers to the play between foreground and background, otherworldly landscape and transhistorical figuration, confusion, passing and transitivity.

‘What does it mean for an artist to make works that are hard to see?’ David Getsy asked of transgender artist Jonah Groeneboer’s sculptures, in a 2016 text for Temporary Art Review. Virtually unphotographable and eluding easy visual consumption, Groeneboer’s gorgeous thread works create, in Getsy’s words, ‘transparent geometries in three dimensions’ that suggest human form while refusing to pin embodiment to instantly recognizable shapes. Elle Pérez does something similar in their photography by playing with light to inscribe transition onto surfaces rather than to read transitivity off them. In a 2019 video for Art 21, Pérez says of their practice: ‘You can use photography to depict things that you actually cannot picture. It has so much to do with identity and how surfaces have the ability to contain the traces of an experience.’ For instance, t (2018), depicts a hand holding a testosterone vial rather than a body transformed by the testosterone. The light bounces around flesh and glass, finding sites of transparency, and turning not to the phallus but to the hand for bodily confirmation that change is ongoing. Surfaces, says Pérez, ‘have the ability to contain the traces of an experience’. These traces are simultaneously evidence of presence and absence. They open onto the unrepresentable experiences that make up transgender life – the unspectacular or invisible moments of being unseen and unnoticed – and the traces remind us that the figure is only the crudest representation of transitivity. For the more subtle details of living in a trans body, all of these images propose, look to the dark side of the photograph, to the material that lies in shadow, that has been bleached out by the light. In these corners, we find the material that never made it into the open.

This article first appeared in frieze issue 227 with the headline ‘Trans Representation after the Figure’, as part of a special series titled ‘Photography Now’.