In the mid-18th century, King Carlos III of Spain appointed Eudald Pradell as the Royal Printer and commissioned him to set up a foundry at the Imprenta Real in Madrid. Pradell, the father of Spanish modern type, was a Catalan gunsmith-turned-punchcutter; he was also illiterate. Contemporary type designer Peter Bilak is a Slovak living in Amsterdam who does most of his communicating in English and designs Arabic typefaces without knowing the language; he could be said to be Pradell’s conceptual heir.

Arabic is the official language of 25 countries and the native tongue of 280 million people, yet to many Westerners it remains intangible. Modern Arabic has six major dialects and at least a dozen minor ones (some of which are endangered), while Classical Arabic has been the liturgical language of Islam since the seventh century. In the late 18th century, the many styles of the written language that had developed over time were corralled into Modern Standard Arabic, which is now used across the Arabic-speaking world. But none of these developments was successful in addressing the complications of the script which means, to Arabic and non-Arabic speakers alike, understanding its different calligraphic styles, diacritics and pronunciation marks. (In 1928, Attatürk, the founder and first president of the Republic of Turkey, mandated that Turkish Arabic be Latinized. At different times in history, for political and historical reasons, similar typographic ‘simplifications’ have occurred in Chinese, Russian Greek and Maltese – although the latter is a Semitic language like Arabic, it has almost always used a Latin alphabet.) Not until very recently has Arabic been scrutinized by type designers working in the digital domain.

Bilak was among ten typographers who took part in the first occurrence of an unprecedented – and, in a new iteration, ongoing – cultural exchange called ‘Typographic Matchmaking’ that was organized by the Amsterdam-based Khatt Foundation, took almost four years to complete and is now documented in extraordinary detail in a book of the same name. In 2004, five Dutch and five Arabic typographers were paired to conceive and design an Arabic typeface inspired by an existing Latin type design by each team’s Dutch participant. Khatt’s tireless leader, Huda Smitshuijzen AbiFares, realized that her experiment could yield more than a resuscitation of Dutch interest in Arabic. Originally envisioned as something of a celebration of the Dutch contribution to Arabic type, which began in the 16th century, the project generated five Arabic typefaces, all currently in or nearing their final forms.

Unlike the Latin alphabet’s association with numerous languages and cultures, Arabic script is almost inseparable from Arabic and Muslim culture. Scribes were an elite group of craftsmen–practitioners whose calligraphic talents were applied almost exclusively to religious texts. Arab calligraphy dominated the printed word until the introduction of (European-made) moveable type presses in the 18th century. The veneration of Arab script, and its association with the spiritual side of the culture in print, meant the Arabic-speaking world was slow to embrace the advances in printing technology seen in Europe more than 200 years earlier. However, as Arabic script historian J.R. Osborn told me: ‘Rather than being delayed, the 18th-century beginnings of Ottoman printing corresponded with a similar shift in European printed material during the same period’, a shift that ‘was not the simple replacement of scribal methods with print technology, but the adoption of a new textual system’ of how information was designed and disseminated.1

The history and unique characteristics of their language is a heavy burden for contemporary Arabic type designers to shoulder. In addition, and despite the West’s general lack of awareness of the nuances of Arabic, the Arabic-speaking world is increasingly multilingual and in need of design approaches that consider not only different languages, but different scripts. Although, according to Smitshuijzen AbiFares, there is little training in Arabic type design available in Arabic countries, academic design programmes and the design professions in Arabic countries are beginning to legitimately come into their own. A new generation of practitioners needs to create the tools that will express the Arabic world’s visual culture in a modern yet considered way: one that respects their calligraphic heritage and ‘strikes a balance between aesthetic judgment, social concerns and practical constraints.’2 Until fairly recently, the history of printing and type in the Arab world was itself an impediment to this sort of innovation: as new printing technologies emerged in the first half of the 20th century, new scripts in type deviated very little from old forms. Often, traditional models would simply be digitized or copied straight for use in typesetting. Dry-transfer Letraset marked a huge step forward for many Arabic designers in the 1960s and ’70s, and was so successful (and inexpensive) that the digital type revolution went almost unnoticed. Linotype simplified the Arabic character set to adapt it to their typesetting machines. Now all but obsolete, Linotype’s simplified Arabic is still a standard even for digital typography. However, many Arab type designers are now working in refreshingly experimental ways, questioning and reinterpreting tradition. Keenly attuned to Western pop culture, bi- or multi-lingual and free of the constraints that a type establishment might place on creativity, perhaps what seems like a lack of structure actually represents the truest form of progress and opportunity.

So, while Arabic-speaking type designers have to parse and challenge their own history to overcome typographic obstinacy, what of the non-Arab participants in the ‘Typographic Matchmaking’ project? How did a lack of Arabic fluency affect the production of an aspect of Arab culture that is so central to its image? Can Westerners design Arabic type effectively? The Khatt Foundation’s continued efforts have gone a long way in not only drawing attention to the innovative progress made by Arabic type designers, but also in highlighting attempts to make Arabic type more accessible in an increasingly multi-lingual milieu. Among its near-constant calendar of design events in the Netherlands and the Middle East, Khatt holds symposiums, organizes exhibitions and acts as something of a social-networking site for Arabic-speaking designers and their foreign colleagues.

Osborn says that, due to the sheer number of calligraphic styles out there, and the specific uses to which they are applied, ‘Arabic script is very flexible and, although most of the characters connect with the characters preceding and/or following them, there is a certain amount of wiggle room in how those connections appear. Thus, Westerners can design Arabic type, although they might not do so along the lines of a specific calligraphic style.’ Bilak adds: ‘Of course, knowledge of a language helps […] but is not an essential criterion. It is more work, if one doesn’t speak the language, as there are many considerations when a non-native speaker designs type for an audience of native speakers. Not just aesthetic, but some historical/linguistic/ideological research has to be made. Letterforms have their historical connotations, and some orientation within the heritage of chosen script is essential. One has to define a suitable approach and that comes with the research.’

Smitshuijzen AbiFares believes that non-native speakers ‘can indeed design Arabic fonts, but more often they rely on existing examples. The lack of real understanding of the script – and, to a certain extent, the language – usually hinders innovative formal and structural creations. So, how effectively they can design depends on what one expects from the design. Often, the best results coming out of Western designers have been through close collaborations with “native” Arab designers.’ In Bilak’s case, he was paired with Tarek Atrissi, a Lebanese graphic designer and native Arabic speaker, based in the Netherlands, to develop Fedra Arabic (an extension, of sorts, of Bilak’s well-tested and widely applied Fedra face). In addition, he undertook a month’s self-initiated research to prepare. Bilak drew nearly everything himself, where Atrissi was instrumental in the research.

From the other end, Osborn thinks that Arabic type designers typically take Latin character issues into consideration, ‘primarily because digital type will inevitably coexist alongside other character sets in a digital world dominated by Latin characters’. There is a fine line between reading Bilak’s (and the other participants’) resulting typeface as being born of a Latin font and as accompanying one, as ‘Typographic Matchmaking’ has set out to do. The teams involved strove to create new Arabic faces that, while retaining the integrity of Arabic, were not necessarily based on traditional calligraphic standards, but rather faces that would succeed in contemporary applications with contemporary-looking models to start from (since most classical Arabic typefaces are based on 17th- and 18th-century fonts). As Smitshuijzen AbiFares put it: ‘The old-fashioned look to Arabic fonts gave […] the impression that the Arab world has stopped developing since that time, and that is not a true portrayal of the realities on the ground.’

Time is definitely not standing still. ‘Typographic Matchmaking 02’ is underway and focuses on typography in the city, and how the marriage of type design and urban design can generate unique urban spaces. The all-star roster on this outing includes Dutch graphic and type designer Max Kisman, Bauhaus-trained architect Richard Wagner and Lebanese typographer Pascal Zoghbi, among others, who will analyze street culture, typography and the built environment in Amsterdam and Dubai to create a kind of typographical public art. Osborn adds that ‘given the rising importance of Chinese on the Internet, there is likely to be a great deal of future work directed toward making Arabic type compatible with Chinese characters’. In the meantime, Bilak has moved on to a new linguistic challenge: Indic typefaces..

1 Unless otherwise noted, all quotes are from email correspondence between the author and respondent, between November 2009 and January 2010.
2 Huda Smitshuijzen AbiFares, Typographic Matchmaking, Bis, Amsterdam, 2007, p.13 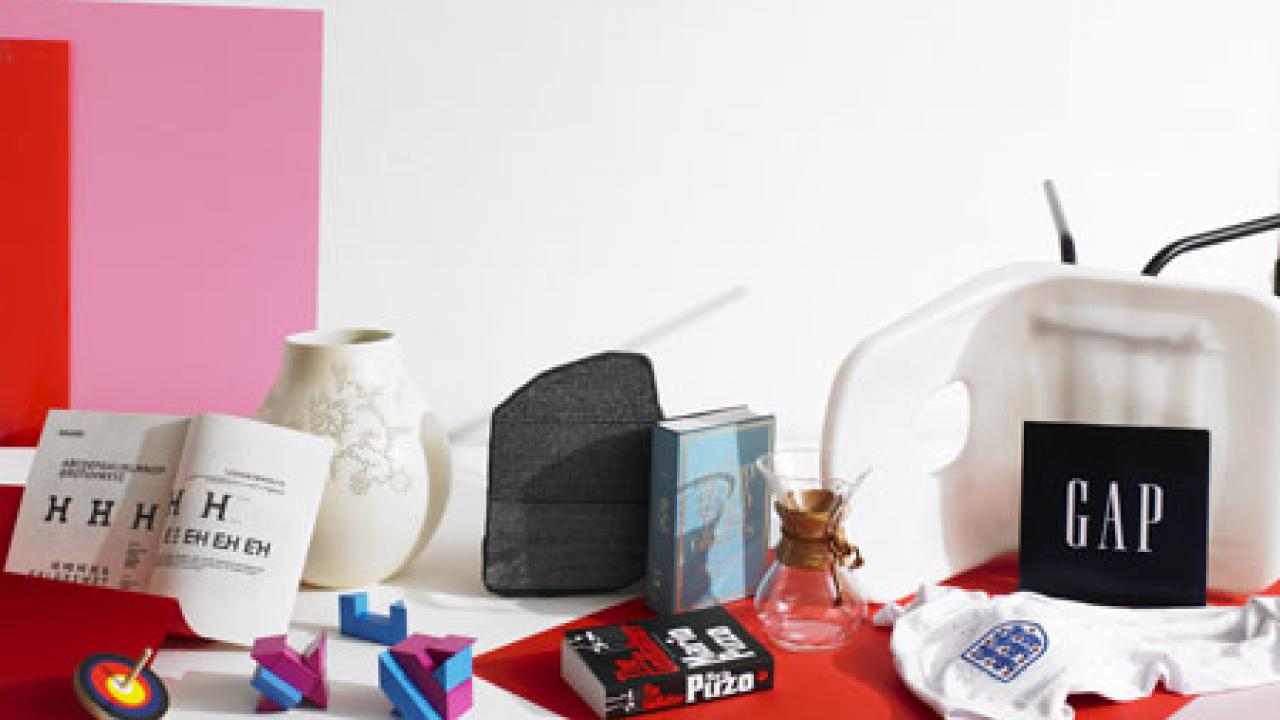 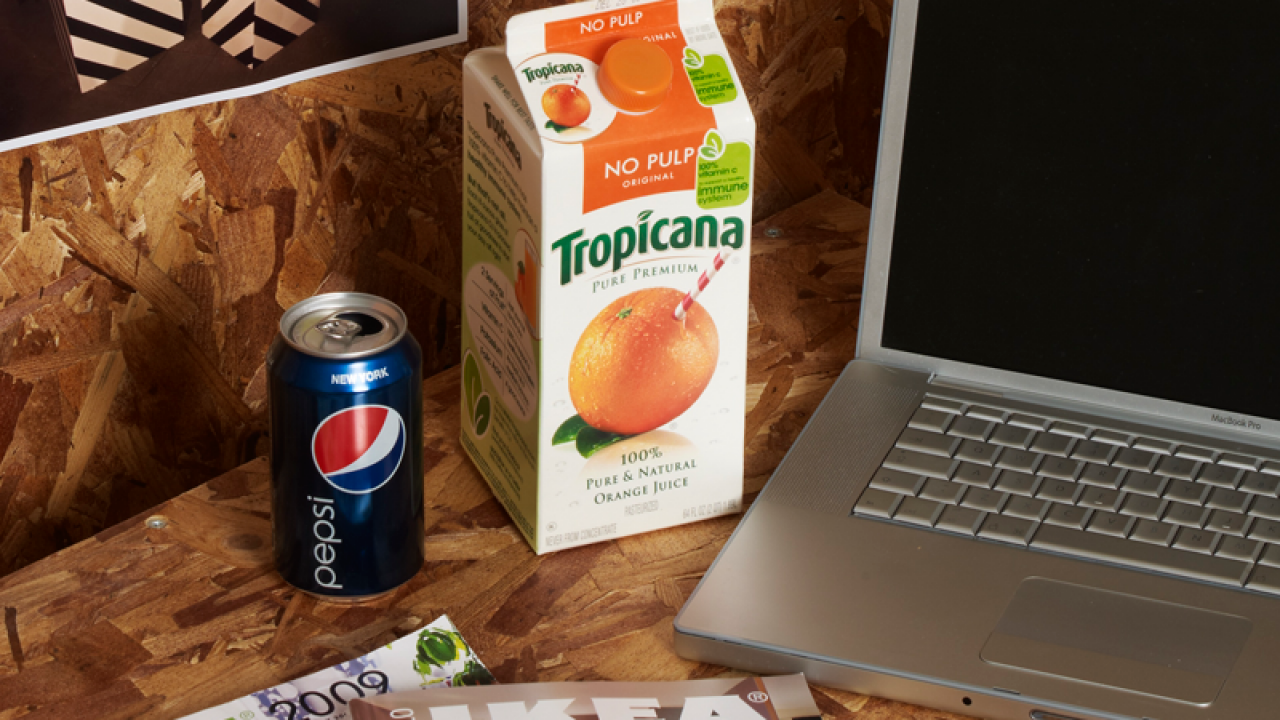 Re-branding débâcles, online fonts, the closure of Gourmet magazine, the 90th anniversary of the Bauhaus and a new film 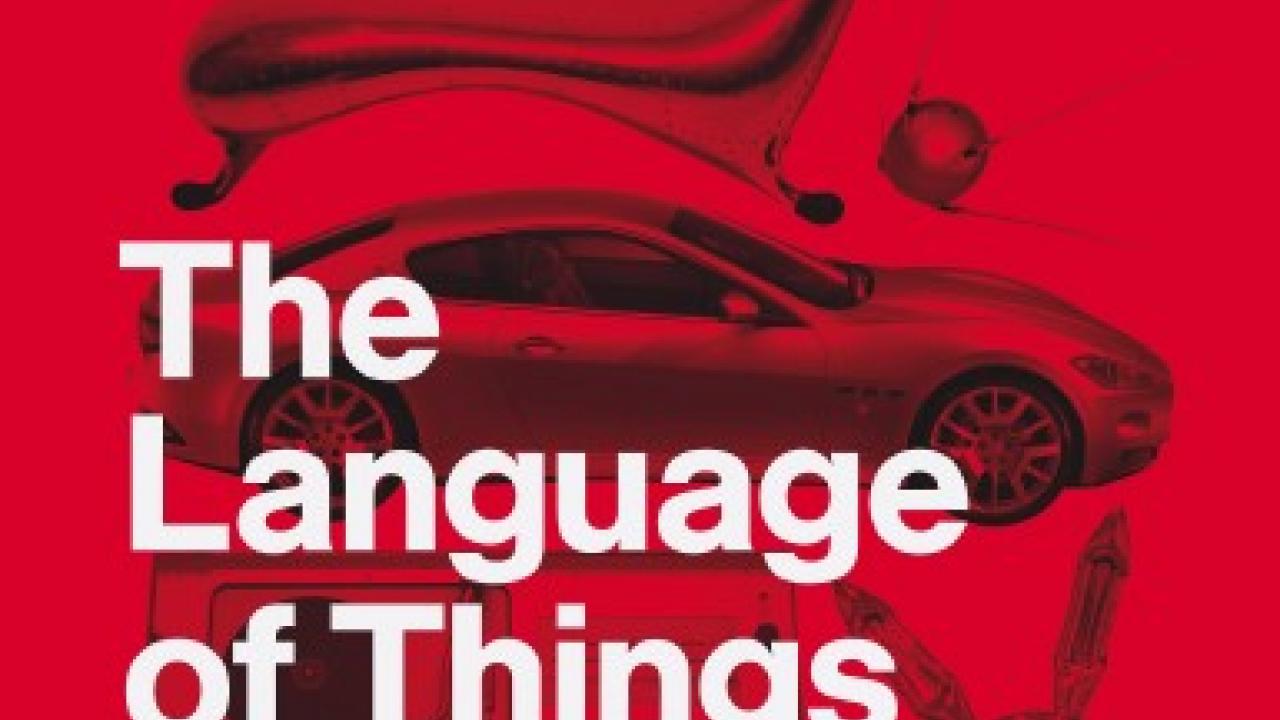 Frieze
The Language of Things 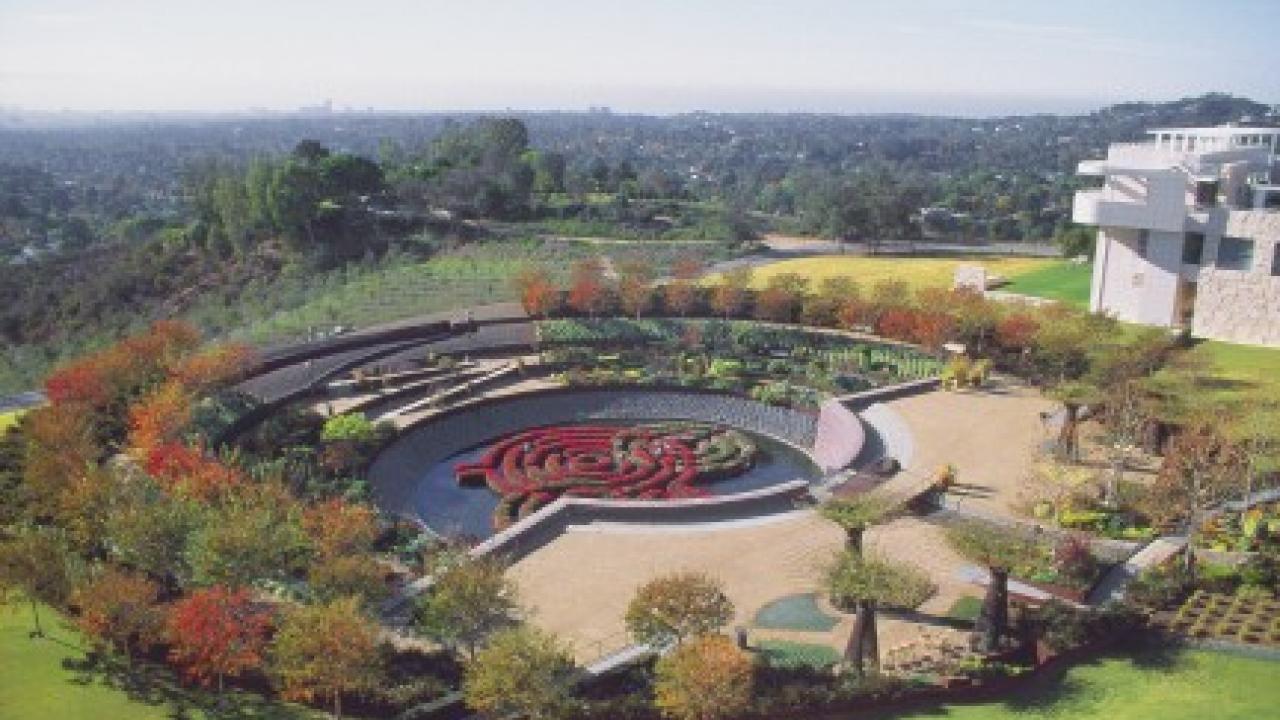 A new, expanded edition of Lawrence Weschler’s classic, Seeing is Forgetting the Name of the Thing One Sees: A Life of Contemporary Artist Robert Irwin is a cause for celebration

From Virtual Reality to Computer Graphics, the media has made much of technology's impact on the culture industry. Nowhere has this impact been more visible than in the field of Graphic Design. Emigre, a small group of West Coast designers, are at the forefront of the field, publishing typefaces that are demanding of designers and readers alike. Stephen Mayle spoke to Rudy Vanderlans, Editor of Emigre.