From Osaka to Berlin: Momus picks his favourite people and things 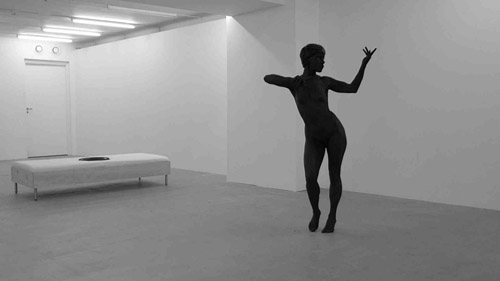 Is it embarrassing to admit that I have a big crush on the French artist Lili Reynaud Dewar? For a long time I was only aware – thanks to Dewar’s installation at the 5th Berlin Biennial in 2008 – that we shared a love for the Italian designer Ettore Sottsass. It was only when researching my forthcoming novel Popppappp – in which Dewar becomes a Mary Tyler Moore character and John Cage stands in for Dick Van Dyke – that I realized how beautiful, wilful, perverse and articulate she is, and wondered again at how the world can create a provocateur who goes to work naked, her body blackened with make-up, and dances around her studio like Josephine Baker. 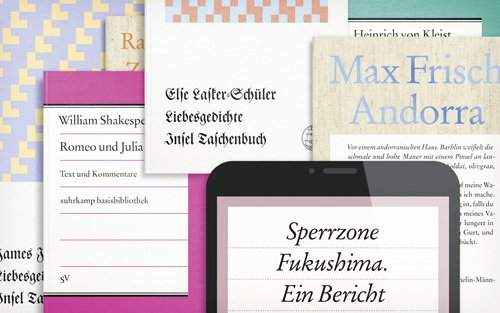 The cover of my Book of Scotlands (2009) is emblazened with the motto: ‘Every lie creates a parallel world. The world in which it is true.’ One day, searching for Suhrkamp covers (I love the didactic restraint of their postwar design), I stumbled on just such a productive ‘lie’: graphic designer Hagen Verleger’s ‘Project Suhrkamp’, in which he imagines a series of fresh covers for the revered publishing house. Like all the best design, Verleger’s work – systematic and yet sensual, austere but playful – proposes an alternative world in which things could be radically better, and asks us to imagine the conditions under which his lie might become truth. 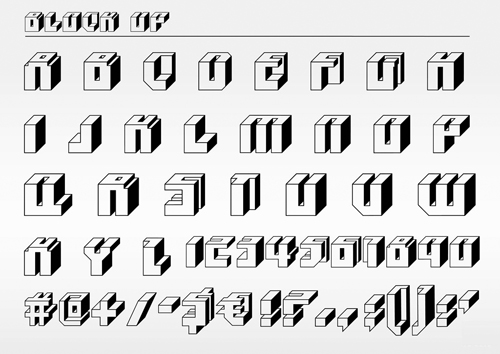 For 20 years now Paul Noble has been drawing, in meticulous detail, a town – Nobson – which doesn’t exist. It’s a modernist utopia based on the Letraset dry-transfer typeface BlockUp. Fat and gimmicky in a very 1970s way, BlockUp sees very little action these days in a graphic design context; now, just looking at its alphabet (which seems to have been quarried out of blocks of solid granite), you feel you’re already in Nobson. I also get transported back to my teenage obsession with the Letraset catalogue, and long afternoons spent tracing its fonts with a Rotring pen. Somehow, the letter-forms conferred a hieratic power on words. It wasn’t hard to see them as Aztec temples or Celtic stan­ding stones. 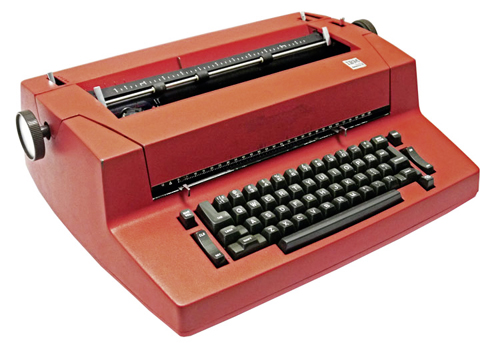 IBM introduced the Selectric II, a correcting typewriter designed by Eliot Noyes, in 1973. Soon after, my father installed a tomato-red one on his desk. It had a squared-off design and two ribbons, one black for striking text decisively into the paper, the other white for covering up errors. The machine hummed and, when typed, raised a subdued yet decisive clatter — expensive yet inherently liberal, like the slamming of Volvo doors. It was so seductive that I immediately invented a pretext to use it in the form of an in-house family publication, circulation of five. When it comes to technology, con­text really can trump content: the medium is the message, particularly when it’s tomato-red. 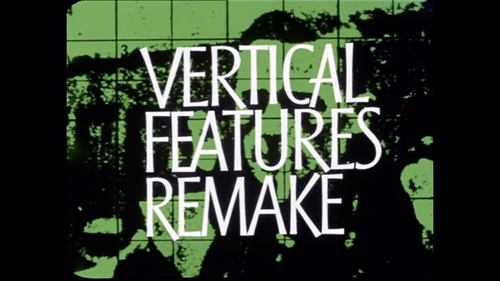 The early films of Peter Greenaway are enormously inspiring for me, particularly when I’m writing. House-sitting in a snowed-in Swedish villa recently, I found myself repeatedly projecting Greenaway’s 1978 film Vertical Features Remake. With music by Brian Eno and Michael Nyman, this ‘investigation into the work of Tulse Luper by the Institute of Restoration and Reclamation’ ushers in a fantastic speculative world, without ever abandoning the dry, pompous tone of a public information film. Much of it is visually formal: numbered shots of structuring elements like tree trunks, rugby posts and fences. The fictional framing (Tulse Luper is a stand-in for Greenaway the way Ziggy Stardust is for Bowie) places the film somewhere between the playful ‘cosmicomics’ of Italo Calvino and the texturally nuanced documentaries of Luke Fowler. 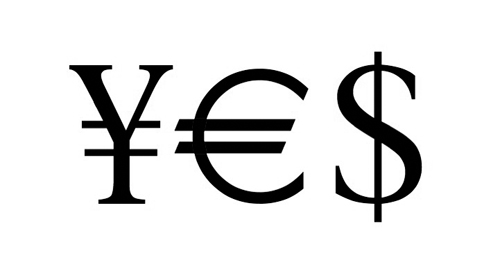 It might seem strange to call the Yen — currently artificially weak as part of Japanese prime minister Shinzo Abe’s export-friendly ‘Abenomics’ strategy — a trouvaille, but it’s the one that makes all the others possible. Earning money in the West and spending it in Japan, I’m aware that these conditions (and relatively cheap Jet A kerosene) are my enabling backdrop: Osaka, currently as affordable as Glasgow or Berlin, becomes an ideal cultural laboratory and workshop. In a semi-Brechtian comment on ‘the stimulating impact of cash’, Rem Koolhaas once gathered the symbols for the world’s three strongest currencies into the word ‘¥€$’. Cheapness allows all sorts of cultural luxuries to flourish; it’s what permits me to think, and produce..
Übersetzt von Michael Müller

Nicholas Currie a.k.a. Momus is a Scottish writer and musician. Since 2010, he has lived in Osaka, Japan. His latest novel, Herr F (Everything Living Forever Is Screaming Forever) (2015), has recently been published as a free e-book in both English and German by Berlin-based imprint Fiktion.