In the first, bleak weeks of the new year in a miserably cold Berlin the image conjured by the title of Urs Fischer's first show in the city, 'Bing Crosby', was a welcome one. However, picturing a handsome man standing in front of a blazing hearth, ice cubes clinking in his glass, crooning the lyrics to 'White Christmas', at first seemed a little hard to reconcile with the various objects assembled: spot-lit goose eggs hanging from the ceiling (Gänseeier Eclipse, Goose Eggs Eclipse; all works 2002), rough-hewn sculptures of rustic chairs (Stühle, Chairs), a life-size nude doused in paint poised on an equally rustic table (Akt auf Tisch, Nude on Table), a little tea set clumsily crafted in clay (Tea Set), a black cat and a high-heeled shoe (Skyline), a wall-size flat blue seascape painted over a photograph of a bland urban graffitied landscape (Meer, Sea) and another collage of a tree seen through a window (Baum, Tree). But Fischer had carefully created an intimate environment, covering the windows and adding a new wall to partition the gallery into two spaces.

The Tea Set, displayed on a plinth, was the pivotal link between the two spaces and conveyed a sense of middle-class quiet: perhaps an afternoon at home with Mr Crosby. Two half-empty cups of tea, a wobbly looking teapot, a pair of lovingly modelled sugar lumps and a single pink rosebud in a delicate bowl are arranged on an uneven white tray edged with silver. The fineness of the porcelain, however, is lost in the ham-fisted clunkiness of Fischer's reproduction, but the exaggerated delicacy of sentiment that conceived and produced it intensifies its sweetness and intimacy. In this shift lies its essence as a nostalgic object, the terms of nostalgia being distance and loss rather than accurate reproduction.

If the Tea Set was to be viewed as a nostalgic souvenir, however, it begged a narrative. It was tempting to construct one from this helpfully figurative group of objects: tea set on table, chairs next to it, woman on chair, shoe on her foot, cat next to shoe, tree through a window etc. But such a simplistic mise-en-scène was not to be had. The function of each piece as a prop was precluded by its conceptual possibilities. Take Nude on Table, for example, whose old-fashioned furniture style certainly proposed a formal link with Tea Set. Here, however, any suggestion of intimacy that may arise from the reclining posture of the nude is overwhelmed by the violence of its conception: the figure's arms are snapped off (as is one table leg) and while the torso and buttocks have been carefully shaped, the lower legs and feet remain flat - uncarved blocks of pink polystyrene drenched in egg-yolk yellow lacquer. Any narrative is drowned by material. A similarly violent allusion occurs in Stühle (Chairs), where two leather-upholstered chairs are spliced into each other, the leg of one piercing the seat of the other. This could be interpreted in sexual terms, but it also introduced Fischer's recurrent interest in doubling and shadows - a chair seen from two angles or during two separate moments, split seconds apart.

There were numerous links to be made between the pieces, but each was a fine thread that snapped if stretched too far. Fischer's subject matter is random, incidental and handled with the same grab-and-run approach as his materials. The momentum of his production (the whole show was made in two weeks) demands a similar agility of reception, the point being not so much narration, form or nostalgia in themselves but rather the elusive and circular process of transformation in which idea confronts material and object confronts idea. Skyline, an almost fetishistic sculpture of a small black cat, paws outstretched and tail in the air, placed on a plinth next to a handmade, shiny, black high-heeled shoe, provided the densest example of this. Simultaneously, it proposed a sensual analogy, a narrative connection and an absurdist relationship between the two objects - and it brought up an additional unseen aspect: the shadow alluded to in the title Skyline, a word now loaded with countless associations of its own. Now there's a topic for nostalgia. 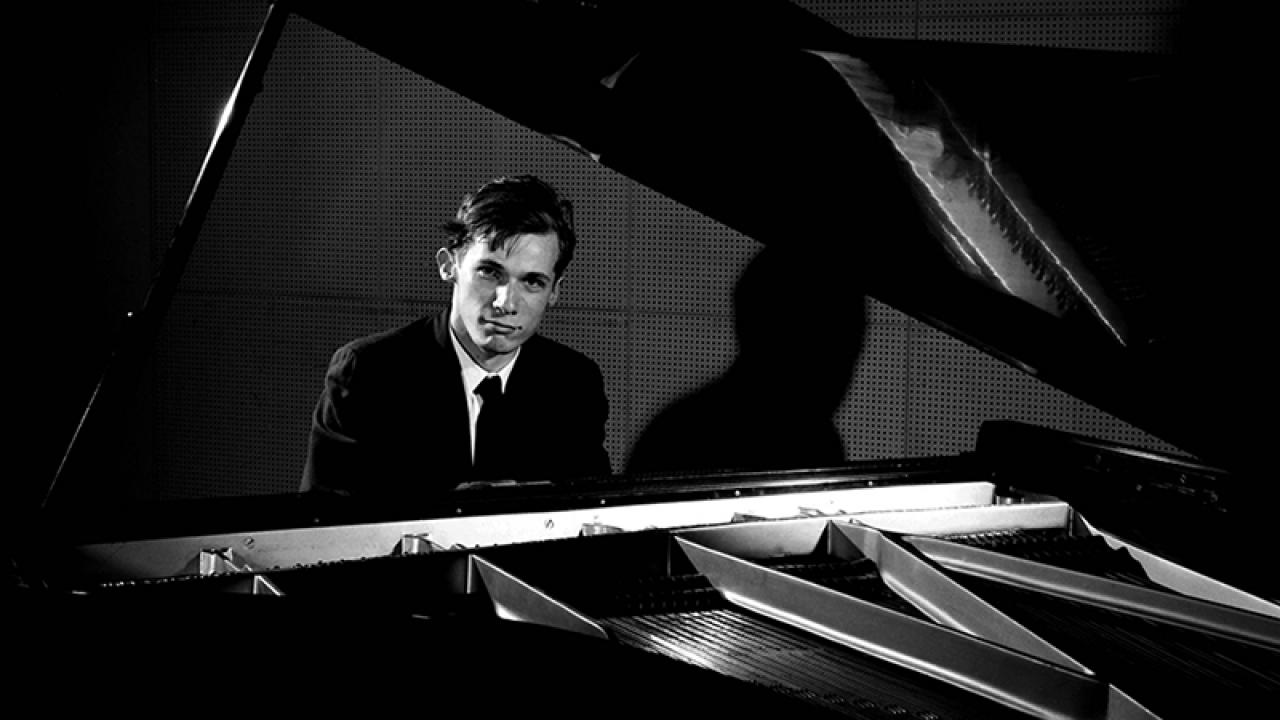 News
Is Nothing Sacred? Pianist Glenn Gould to be Resurrected as Hologram, Sent on World Tour