BY Jan Tumlir in Exhibition Reviews , US Reviews | 10 AUG 21

Wade Guyton Mixes the Incidental with the Arbitrary

Wade Guyton is, by now, a household name in the art world. In Los Angeles, however, he has received very little exposure. For anyone, like myself, who has only encountered his work in group exhibitions, and who automatically aligns him with the tradition of monochrome painting via his signature practice (begun in 2007) of passing lengths of canvas through an inkjet printer programmed to reproduce a jet-black JPEG, his recent outing at Matthew Marks, ‘The Undoing’, was eye-opening.

Of course, Guyton’s black paintings have always conjured up the dialectic of nothing and everything that we assign to Kazimir Malevich’s seminal Black Square (1915). If white light is pure information, then black pigment is its shadow-side complement of pure realization. But that space of sombre abstract equanimity, which once drew thought towards the spiritual, here quickly begins roiling with the backwash of pictorial data flows. No black paintings were included in Guyton’s LA debut: these were paintings of everything and anything – the general mixed up with the particular, the incidental with the arbitrary.

For instance, Untitled (2020–21) boasts a photographic print of the artist’s colour-stained hardwood studio floor taken in close proximity to the printer that would subsequently spit out this picture on that same spot. Several more works served to flesh out this narrative of production, offering representations of freshly printed canvases having landed unceremoniously – sometimes overlapping – on the ground that they, in turn, represent. Captured by the artist on his mobile phone, these images were instantaneously air-dropped into the output device. But when this rapid-fire sequence of events is exported into the realm of painting, it begins to reverberate with historical precedent, recalling the intimist and serendipitously improvised tone of a vast succession of hand-painted studio tableaux.

The selection of 26 paintings in ‘The Undoing’ – uniform in size and hung very close together – could all be factored into this processual plotline. All are essentially paintings of what makes a painting: materials, tools, techniques and the bric-à-brac of the workplace, including its well-appointed kitchen, views out of the window and, perhaps most suggestively, its daily influx of news. Interspersed throughout the show, at more or less regular intervals, was a set of paintings (all Untitled, 2021) derived from screenshots of The New York Times online that highlighted the recent vintage of the entire ensemble, blaring headlines of pandemic surging and capitol storming. The attempt to address matters of such up-to-the-minute topicality is a risky business that could easily devolve toward political reaction, but not here. What we are given in the end is pigmented sludge pushed through bitmapped rasters tracing, quasi-indexically, the informational circuits and feedback loops within which the studio operates more as a node than a terminal.

Some ancient echo of the cubist conjunction of the journal and wine bottle – Georges Braque’s Bottle, Newspaper, Pipe and Glass (1914), for instance – persists in these works, having undergone digital refreshment. Alongside alarming reports of cultural implosion, algorithmically generated ads inform us of Guyton’s shopping habits – mana from the internet. Such mundane revelations lend a farcical tint to the tragic scene, which is perhaps the most characteristic trait of our moment. At the opening, the show was described as ‘epic’ by more than one observer: epic in the sense of historically important, but also in the sense of resolutely non-lyrical. Guyton channels the voice of the multitude in his work and the history that it collects is the one made and simultaneously undone by us all.

‘Wade Guyton: The Undoing’ is on view at Matthew Marks Gallery, Los Angeles, until 14 August.

At Matthew Marks, New York, the artist’s enigmatic marbles and projections perform a subtle excavation of the gallery’s architecture 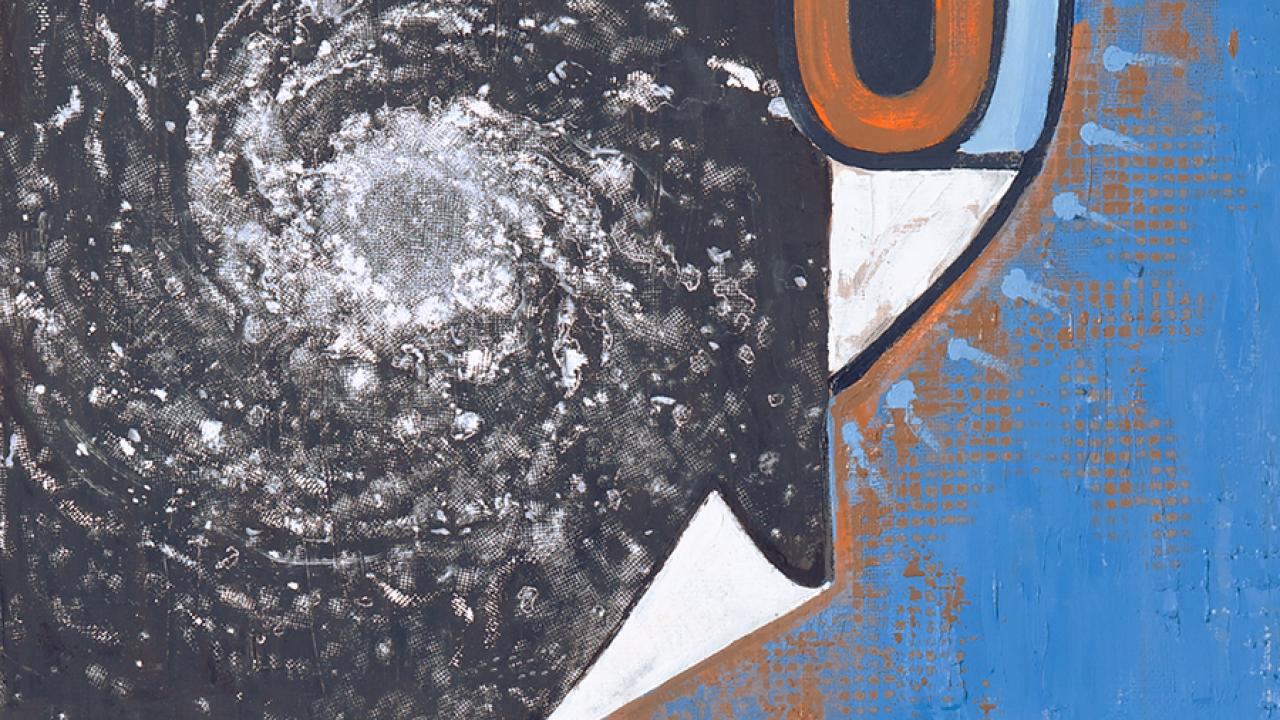 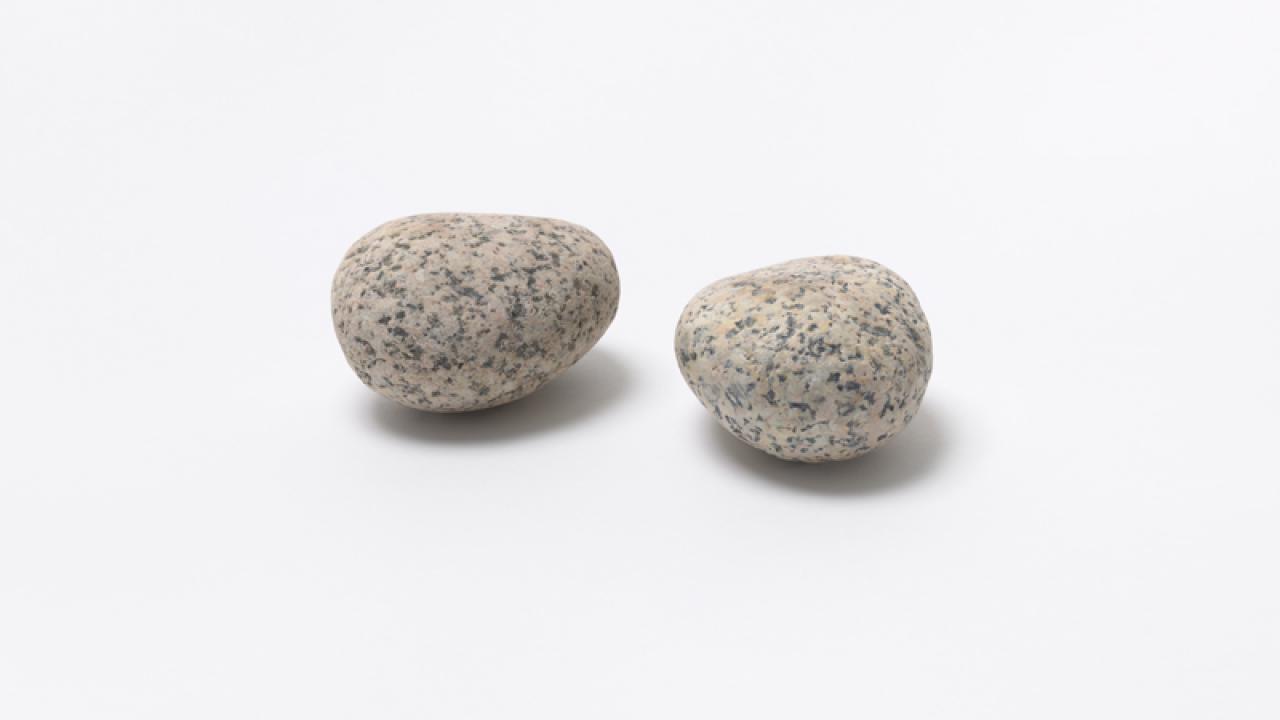 Exhibition Reviews , US Reviews
What is Found, What is Made: Vija Celmins's Intimate Precision 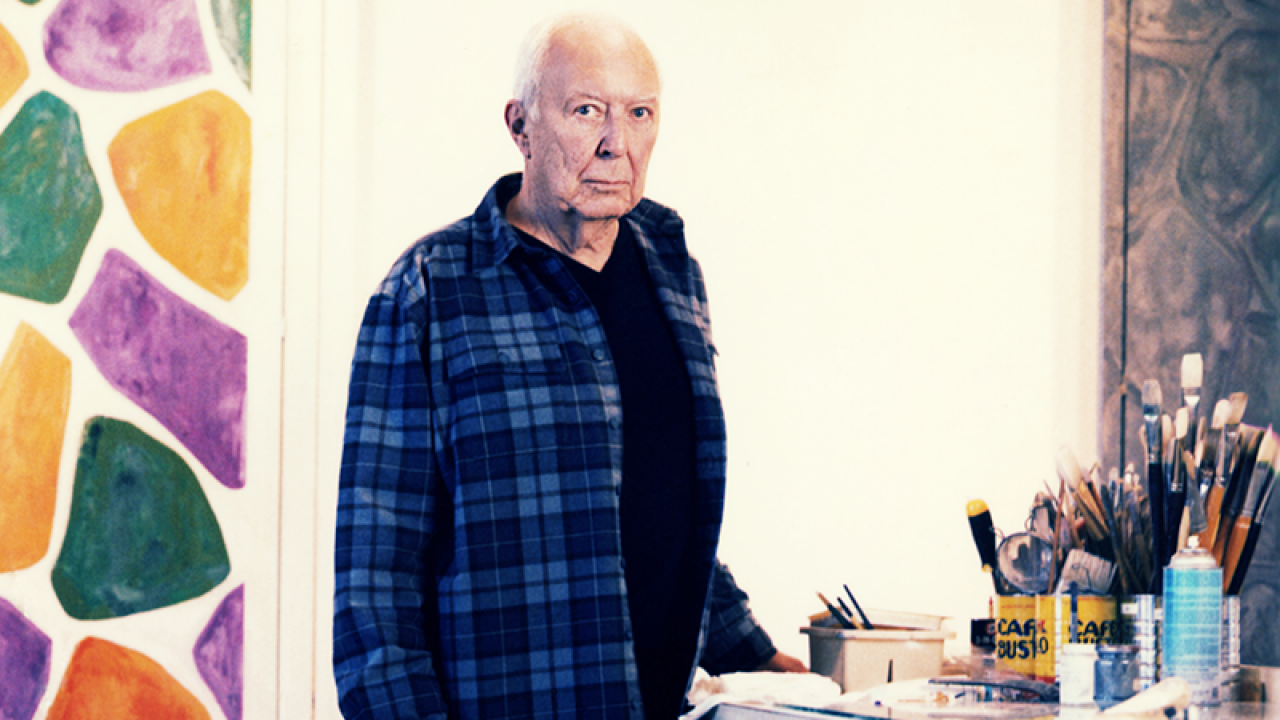 A major exhibition in London opening this weekend shows that at 87, Jasper Johns is as commanding an artist as ever 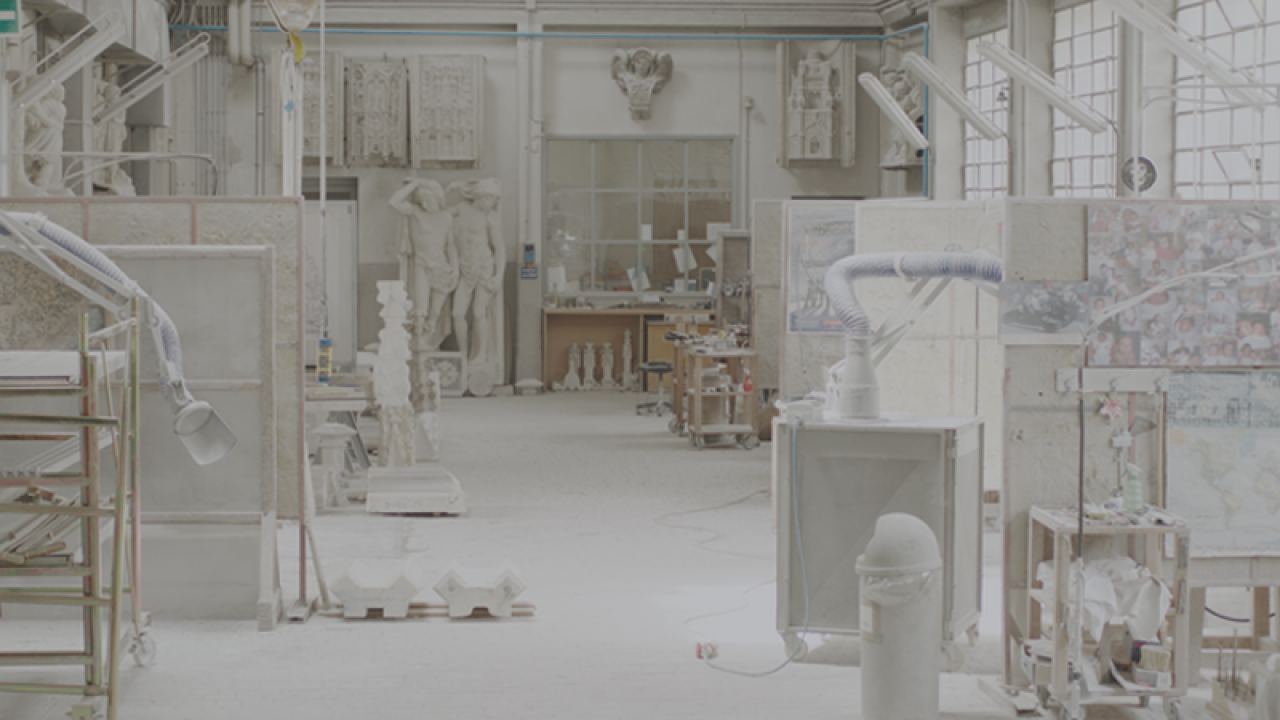 Ahead of Artgenève this week, a round-up of the best shows in the Swiss city