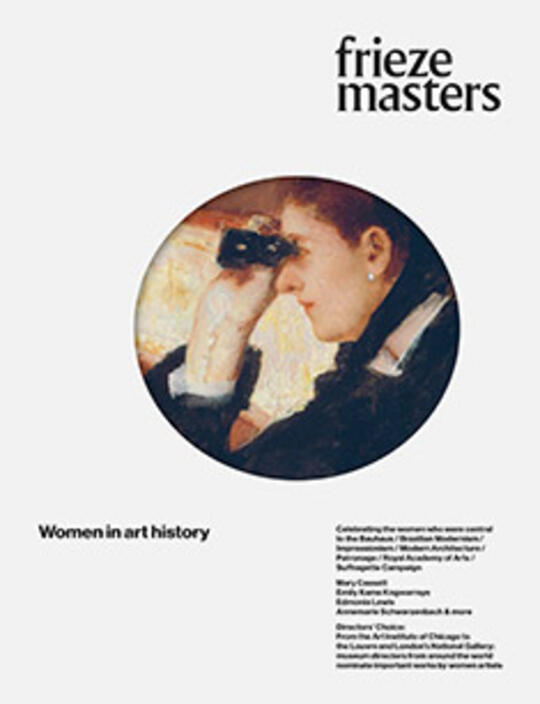 The multi-located ‘Silueta’ series was a striking and ephemeral undertaking by the Cuban American performance artist, filmmaker, painter, photographer and sculptor Ana Mendieta. Her oeuvre was a radical departure and fiery negation of the masculine art-making that was prominent in the 1970s, when the US art world was filled with male minimalism. Mendieta was an exile both formally and culturally. She was surrounded by other powerful, body-revering artists, but the nature of her art-sorcery stood outside them, through her orisha-dealt determination. Her ‘Silueta’ works are the signature of a freedom maker, a conjurer, an earth orator; a rebel spirit whose work was her eternal sacrifice.

Published in Frieze Masters, issue 7, 2018, with the title ‘Artists' Artists’.

Wangechi Mutu is an artist. In May, she will have a solo exhibition at the Legion of Honor, Fine Arts Museums of San Francisco. She lives in New York, USA, and Nairobi, Kenya.