What Art Can Be: Laurie Parsons’s Quiet Exit from Art

In 1994, after over a decade of intensive practice, the then-35-year-old US artist Laurie Parsons stopped making art. She became a social worker, helping homeless people and the mentally ill, including adolescent psychiatric patients. Prior to this, Parsons’s artistic practice had taken the form of unassuming social interventions, as in a 1990–91 group show at New York’s Andrea Rosen Gallery, which saw her work as a gallery intern. In 1992–93, at the New Museum in New York, she collaborated closely with invigilators, security and admissions staff so that they might engage with artists and their work via studio visits and meetings, instead of simply guarding or managing shows invisibly.

Other projects took the form of anonymous interventions. In 1992, for the exhibition ‘1968’, curated by Bob Nicklas and Xavier Douroux at Le Consortium in Dijon, Parsons sent the institution’s administrator, Irène Bony, a bouquet of flowers every week for the duration of the show. At the Venice Biennale the subsequent year, she instructed that a gallery space in the Aperto section be scattered with sand. In neither case was the artistic act attributed to Parsons in the exhibition space or literature.

For many, Parsons’s work and her withdrawal appear familiar in terms of the post-institutional critique they represent. (For her third solo show, at New York’s Lorence-Monk Gallery in 1990, she exhibited a pristine, well-lit, empty gallery space.) More recently, though, Parsons’s retreat has garnered new attention and her work has been reappraised alongside that of other women artists such as Andrea Fraser, Lee Lozano, Agnes Martin, Cady Noland, Charlotte Posenenske, Elaine Sturtevant and Rosemary Tonks, who all stopped working permanently or dropped out of the art world for a significant period of time – in part as a form of critical resistance to a patriarchal and market-oriented art world. For others, Parsons’s move into social work cannot but be understood as a crucial precursor to the practices of artists such as Theaster Gates and Tania Bruguera; in his study of artistic refusal, Tell Them I Said No (2016), the critic Martin Herbert conceives of it in this light – as a kind of ‘defeatism as indictment’.

Yet, prior to her decisive exit, Parsons’s artistic practice – modest, but conceptually meticulous and quietly poetic – had been driven by much more than a slow withdrawal or critical defeatism. It pivoted around her simultaneously negatory and affirmative interventions within the art museum – ones that often socialized, humanized and grounded artistic practice in the local community or the structures of organization on which art’s exhibition and reception relies. For a show at the Forum Kunst Rottweil in 1991, Parsons housed herself within a huge, minimalist gallery space for seven weeks, relying on the southern German town’s community – beyond the traditional museum public – to provide her with furniture, food and company. She even attributed the authorship of the exhibition collectively to the town. In preparation for her stay, she learned German for six months and, once installed in the gallery space, worked in a local shelter for disabled people every morning before the museum opened. Parsons made friends and communed with visitors in her makeshift quarters – drank coffee, ate cake, listened to music and played cards. In contrast to Tracey Emin’s Exorcism of the Last Painting I Ever Made – exhibited five years later and which, in part, also saw the artist live in the gallery space – Parsons’s experiment was untheatrical, communal, reciprocal and engaged. It was based on real social investment and exchange with a local community, as well as a productive transgression of the conventions of the museum space, reimagined as an intimate dwelling and site for social encounter and dialogue. One of Parsons’s last actions involved a small-run publication of her personal journal for an exhibition at the M HKA, Museum of Contemporary Art Antwerp. Despite divulging the artist’s private anxieties and intimate hopes, the text did not include her name anywhere. For Parsons, the total subjective presence of the artist always came in tandem with its disappearance.

This is true even with her more minimalist or apparently sculptural early conceptual projects, which are currently on display at the Museum Abteiberg in Mönchengladbach. Over the duration of a year, 1987, she collected and then exhibited a group of 29 found objects from the neighbourhood surrounding her studio in New Jersey. These included a delicate tree trunk with telephone wire twisted around its slender body, carefully planted upright in a dry patch of dirt; red pottery pieces in an old plastic waste bin; three metal hanging racks balanced together and wrapped at the centre with some crumpled silver foil; an old bicycle seat hanging flat, like a mask, at head height; a large bunch of dried dogwood flowers tied together with twine; a faded green leather chair cushion – almost aged into petrol blue – propped square against the wall; and a yellow rope with frayed ends, loosely looped and knotted on the ground. Parsons described the collection as ‘a body of work’ but didn’t title it. All equally weathered, worn and makeshift, the objects were installed with precise instructions and slides provided by the artist after they were first shown at Lorence-Monk Gallery in 1988 (and then at Galerie Rolf Ricke in Cologne in 1989).

On the certificate that accompanied the objects thereafter, Parsons made clear that they should be installed in one, non-artificially lit room and carefully placed ‘naturally and sensibly’ around the four walls of the space. The artist added attentive and personal instructions for their reinstallation and care, such as ‘can be lightly dusted or blown with air (by mouth only)’, as well as their individual transportation and display. These were often as detailed as they were brilliantly pragmatic: ‘Small pieces of lint or string are part of the piece’; ‘If this piece is then packed in a box with white foam “spaghetti” and kept upright it should be all right.’

Parsons’s gentle subversion and socialization of art has been likened to the found sculptural assemblages of her contemporary, Noland, whose works – despite surface similarities – are comparatively more aestheticized, choreographed and heavy-handed in their melodrama. Parsons’s found objects embodied a fragility and endurance that she clearly found herself drawn to, each possessing the imprint of habitual use, a kind of human investment. She symbolically transformed these as a double investment, rescuing them from becoming trash at the end of their useful lives. She found them to be ‘as strong as a work of art’. This strength, but attendant fragility, seems even more pronounced today, in part because we now know that, seven years after creating this piece, she would retire from any kind of public art-making. But Parsons’s withdrawal doesn’t burden or mystify ‘a body of work’ – as an artist’s death often does – so much as re-signify it, re-swinging the seesaw balance that pivots in her practice between what art could be and what could be art. Like all of Parsons’s interventions, ‘a body of work’ is about the ethics of being present and attentive, about the relationship between objects and subjects, and the affirmative and transformative power of meaningful engagement.

Seeing Parsons’s recuperation of found objects today, with the knowledge of her social interventions, enables us to appreciate what her exit from art was also about – not a withdrawal at all, but an attempt to find another way to be really present. If Joseph Beuys’s distortion of the avant-gardist dream that every person could be an artist invited cultish self-mythologization, Parsons arguably took the very opposite tack. For her, the belief that everyone could be an artist was best lived and tested by not being one anymore.

Laurie Parsons’s ‘A Body of Work 1987’ is on view at Museum Abteiberg, Mönchengladbach, Germany, until 8 September 2019. 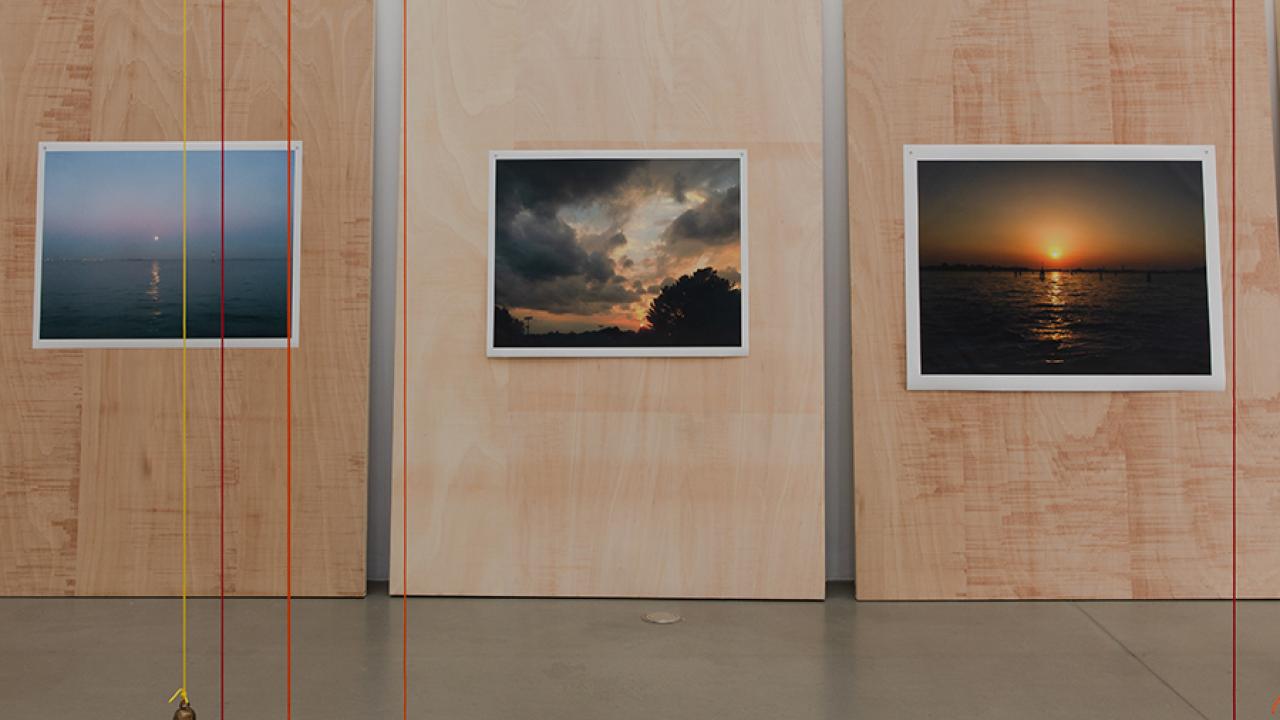 Kasper reflects on a world in which everyone is a critic, every space a studio 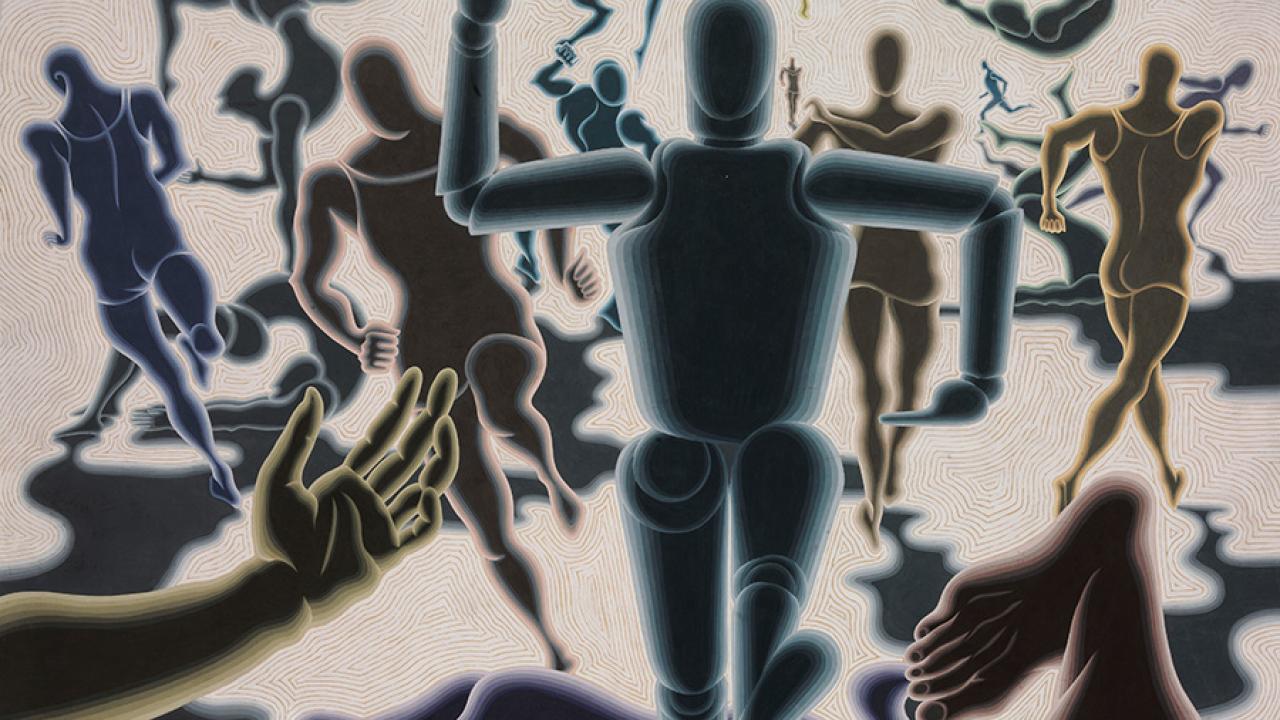 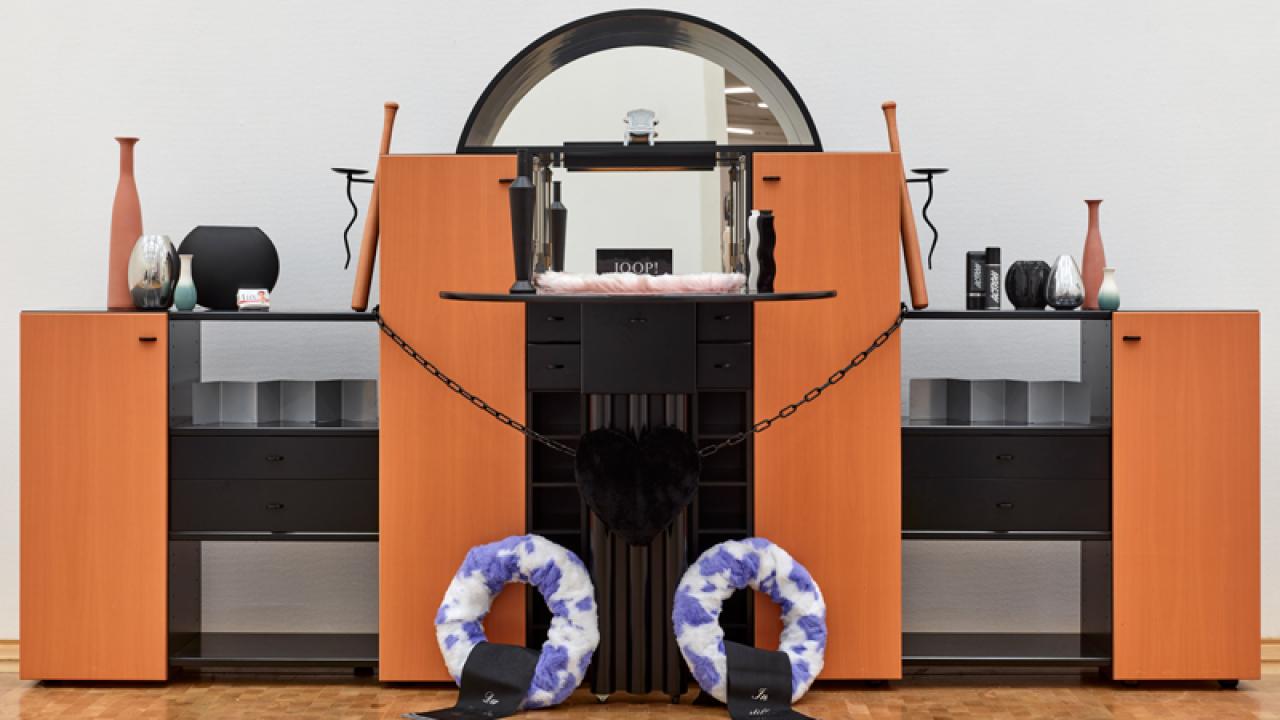