BY Timotheus Vermeulen in Opinion | 09 JUN 22

What’s Behind the Reterritorialization of Oslo’s Cultural Sphere?

As the new National Museum moves to the waterfront, Timotheus Vermeulen reflects on a decade of change in the Norwegian capital

Grey, heavy and horizontal, vast and proud yet inconspicuous, the new National Museum – which, after nearly a decade of construction, will open to the public later this week in Oslo – is a building befitting of the Norwegian spirit. A merger of the Museums of Contemporary Art, Decorative Arts and Design, National Museum of Art, Architecture and Design, as well as the National Gallery, this NOK6.1 billion (GB£514 million), Klaus Schuwerk-designed building houses all that the country has decided to remember about itself and its relation to the world: a lieu de mémoire of the cultural experience of what it supposedly meant, at different times and in different geopolitical contexts, to be Norwegian. The museum signifies the final act of a years-long relocation of Oslo’s cultural institutions to the waterfront as part of a long-term urban redevelopment project called ‘Fjord City’. This includes institutions that have a distinctly local identity, such as the Deichman Public Library, along with venues that cater to national or even international publics, like the Munch Museum. The privately owned Astrup Fearnley Museum moved here in 2012, as did the not-for-profit Kunsthall Oslo two years earlier.

This mass reterritorialization of Oslo’s cultural scene has not been without contention. Critics of the ‘fjordization’ of the cultural sphere say that it is part of the same processes of neoliberalization that we’ve long seen elsewhere in the world, in cities such as Liverpool, Boston and Sydney. By such accounts, Fjord City treats culture as a gimmick to drive up the real-estate values of the interchangeable postmodern office buildings, hotels and overpriced water-view condos that surround it. Corollary to this, it constitutes a simultaneous gentrification of the arts and a cultural ghettoization of the inner city, relocating to this office-cum-theme park institutions from historically mixed-income and culturally diverse neighbourhoods – the Munch Museum’s move from the working-class area of Tøyen, was particularly unfortunate – raising questions not only about the place of art but of who art is for. These critics have a point: the whole area looks like a caricature of the buildings Marc Augé so scathingly wrote about in his 1992 book Non-Places: those airport lounges, hotel lobbies, banks and other spaces of passage with no history and no sense of locality that accommodate the flows of capital. It is no surprise that Fjord City’s most ambitious architectural project – a multi-purpose business park populated by all the banks and consultancy firms that occupy similar buildings in other cities around the world – is called the Barcode Project.

Defenders of this relocation argue, on the contrary, that it demonstrates the city and the state’s appreciation of culture. The arts, after all, are offered prime real-estate. The architecture doesn’t come cheap either: these are original, award-winning projects by top firms from around the world. These apologists proffer, furthermore, that art isn’t co-opted by capital but counterbalances it. In other cities, it is true, prime real estate goes exclusively to the highest bidder and that bidder is more likely to be a bank than a library. Lastly, the relocation of these institutions means that they are in close proximity to the railway station and so easily accessible to those publics who do not reside in Oslo but travel here from elsewhere – an important argument in a country where centralization of power and the distribution of services have long been contentious points of debate.

Not yet open to the public, it is difficult to say what role the new National Museum will play in this debate. In the run-up to its inauguration, however, there have been a number of controversies that have thrown fuel on the flames. In 2019, the museum struck up a partnership with Cecilie and Kathrine Fredriksen, whose father, John, earned his money in the oil business. The partnership – which involves the family lending pieces from their collection, investing in programmes and collaborating on exhibitions – prompted a discussion about private interference and interests, as well as questions about accountability and responsibility. It’s not just about the oil connections either: Fredriksen reportedly exchanged his Norwegian passport for Cypriot citizenship for tax purposes in the 2000s. These questions were further complicated by an article published in Klassekampen newspaper in March, in which the former director of the Nordnorsk Kunstmuseum, Jérémie McGowan, suggested that the Frederiksen family had ongoing dealings with Russia.

Having had the opportunity to visit the National Museum before it officially opens, I think it’s likely that its building and exhibition design will be similarly divisive. There are certain executive choices that it will take time to get used to: the colour palette and texture of the walls, reminiscent of a Peter Zumthor bath house; the sparse and small windows, like a cave or tomb; the use of semi-transparent marble to house contemporary art exhibits (which might be assumed to include video); the decision to hire ‘hosts’ to guide the visitors, like in an Apple store. Yet, in contrast to many of the other buildings in the area, its visual style resonates with Oslo and its history beyond Fjord City: the few windows afford views of the equally sparsely windowed Akershus Fortress in one direction and the top of the similarly heavy-set City Hall in the other.

Inside the museum’s 90 rooms, there is also a lot to like. Ordered chronologically and thematically, the layout otherwise encourages a labyrinthine and topological itinerary, with some rooms covering a few decades whilst others span centuries. Visitors can follow the prescribed route, but many rooms simultaneously open up to spaces further away in time. There are narrow passages and unexpected short cuts, for instance, as well as jumps between white cubes and integrated worlds. The spatial organization, display and lighting in some of the design, fashion and industrial art exhibits is spectacular. There are also plenty of interactive tools for kids.

The temporary, contemporary art exhibit ‘I Call it Art’, in the Light Hall on the museum’s top floor, features works by Norwegian and Norway-based artists – many of whom were sourced via an open call – that are not yet part of the permanent collection. This includes sensational pieces by lesser-known artists – such as Borgny Svalastog, whose installation and embroidery Draumkvedet (The Dream Poem, 2022) draws on religious traditions to communicate incredibly moving personal stories and affects – as well as student artworks. The exhibition investigates questions of belonging and alienation by placing works with their backs to one another, letting sound pieces momentarily colonize the spaces of other works, violating walking routes, complicating access and contrasting themes.

‘I Call it Art’ exhibits a multiplicitous, historically charged, dispersed and occasionally conflicting yet connected Norway. It provides a sense of place that does not reside in any of the individual artworks but emerges between them, relationally, in unexpected resonances and misunderstandings, exclusion and inclusivity, pride and critique. And, above all, in the collection of individual stories and feelings. Having only lived in this country since 2017, it’s difficult to say whether this account is accurate or not, but I do think it is an approach that the museum as a whole would do well to keep in mind going forward. Why is it here, literally, at this spot on the fjord? Which experiences is it about and how do they relate to those of others? And, most importantly, who is it for?

‘I Call it Art’ is on view at the National Museum, Oslo, until 11 September.

The author would like to thank Geir Haraldseth, Tanja Saeter and Ruben Steinum for conversations about Fjord City and its reception. 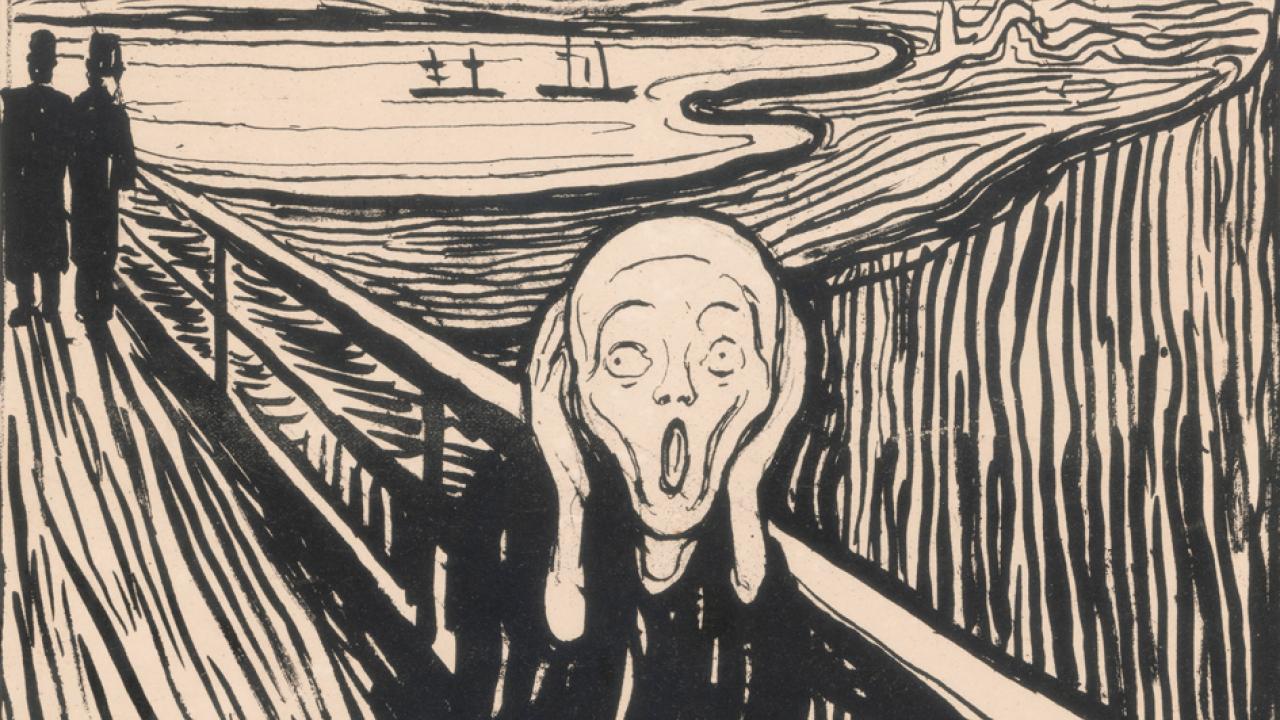 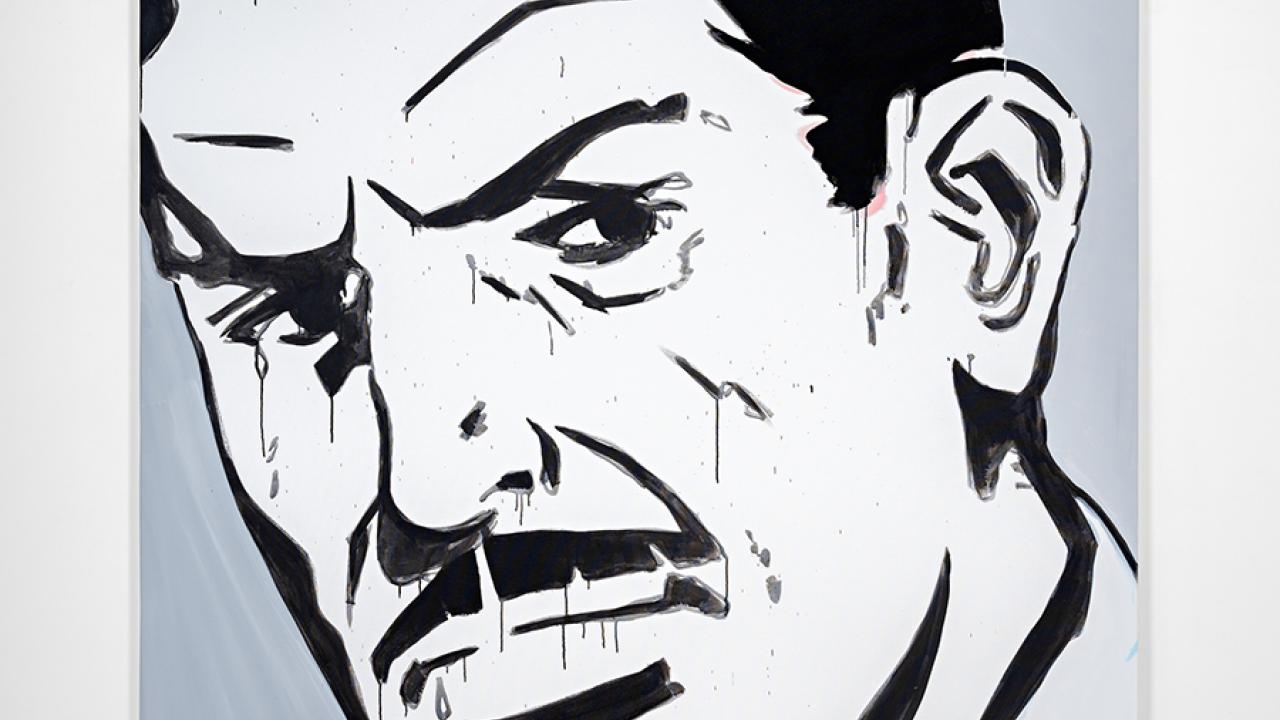 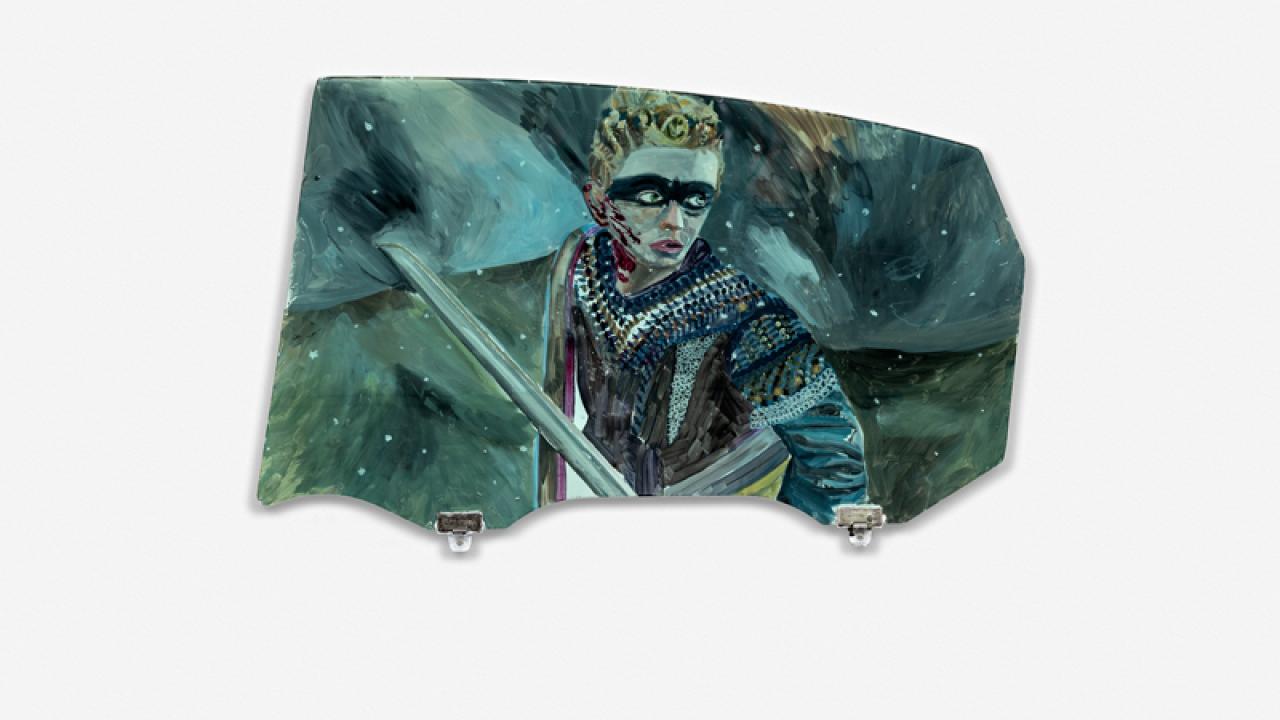