‘O Poema Infinito’ (The Infinite Poem) is the first comprehensive retrospective of Brazilian artist Wlademir Dias-Pino, with over 800 works – including books, posters, sculptures, photographs, drawings, videos and installations – made during the 89-year-old artist’s seven-decade career. The show also features various series of visual poetry, for which Dias-Pino is best known, as well as ephemera from his long career as a graphic designer.

Divided between two galleries and arranged in chronological order, the ten sections of the exhibition tell the story of an artist who grew up in the remote Amazonian city of Cuiabá, at the exact geographic centre of South America, where his father, a communist publisher, went into political exile. It was in Cuiabá that, at the age of 12, Dias-Pino first became acquainted with printmaking and publishing. His early publications included A maquina que ri (The Laughing Machine, 1941), A Bola do Bolão (The Sweepstake Ball, 1942) and Numero Azul (Blue Number, 1943) – all now sadly lost. In 1948, Dias-Pino launched the literary avant-garde movement ‘intensivismo’, which later gave rise to the short-lived visual poetry movement ‘poema / processo’ (Poem / Process, 1967–72), represented here in a special section that also includes the work of artists Jota Medeiros, Alvaro Sá, Neide Sá and Falves Silva.

Following Dias-Pino, the poema / processo movement aimed to restore agency to readers by allowing them to read works in a non-linear fashion, often by rearranging pages or fragments of text. It emerged at a time when Brazilian visual poetry, particularly the concrete poems of the De Campos brothers and Decio Pignitari, was achieving wider recognition abroad. Whereas concrete poems guide the reader’s eye in specific ways, Dias-Pino’s poems can be read on many different levels. Having grown up in political exile, Dias-Pino is deeply suspicious of authority; his works wrest authority from the author-artist and give it instead to the reader-viewer – a move that predates Roland Barthes’s 1967 declaration of the ‘Death of the Author’.

After returning to his native Rio de Janeiro in 1952, Dias-Pino completed what is widely considered the first artist book in Brazil, A AVE (The Bird, 1948–56). The cover, set in curvy type, takes its inspiration from the topography of the Pantanal region near Cuaibá. Published as an edition of 300, the book’s coloured pages feature punched holes that reveal floating lines of concrete poetry; by layering one page on top of another, readers create a poem of their own. SOLIDA (Solid, 1956–62), a book-length poem, was printed as a box set of screen-printed concrete poem fragments on single, unbound sheets. One must shuffle the folded and cut pages, performing what the artist calls a ‘spherical reading of the poem’, a fully three-dimensional experience. 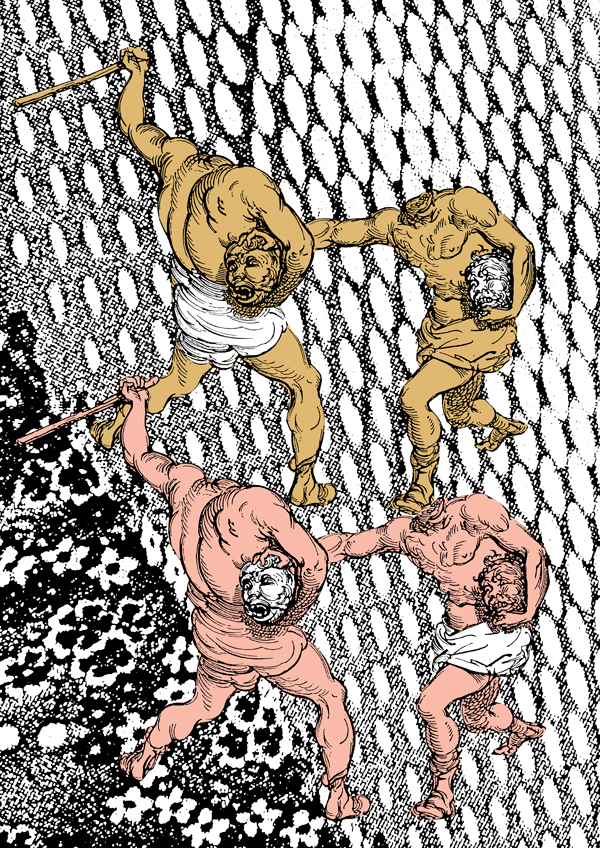 The second gallery opens with issues of the magazine Brazil Constroi (Constructed Brazil, 1960–63), designed by Dias-Pino, depicting the Belém-Brasilia highway, which penetrates 2,200 km into the rainforest and served as a symbol of modernity and national pride upon its completion. These are followed by advertising campaigns Dias-Pino developed for Inturist, the Soviet Union’s tourist agency, which had offices in Rio and São Paulo. More recent works include many thousands of digital 3D renderings of architectural studies, a departure from Dias-Pino’s analogue visual poetry works that focuses instead on connecting points in space. In another section of the gallery, 36 selected works from the ‘Concept-Poem’ (1973–2016) series juxtapose images and phrases taken from television broadcasts on different sheets of coloured paper.

The exhibition culminates with a sweeping installation of Dias-Pino’s Brazilian Visual Encyclopedia (1970–2016), a series of works on paper distilled from a vast amount of visual materials categorized according to 1,001 key terms, such as ‘revelations of the world (events and spectacles)’ and ‘foundation of painting’. Composed with collage, photocopy, screen-print and other mixed media, the pages contain commercial and art-historical images – prehistoric drawings, comics, classical paintings, advertising logos – that give a dizzying sense of Dias-Pino’s vast and timeless oeuvre.

Tobi Maier is a critic and curator based in São Paulo.

Reviews
What Can We Learn from a Return to Witchcraft?