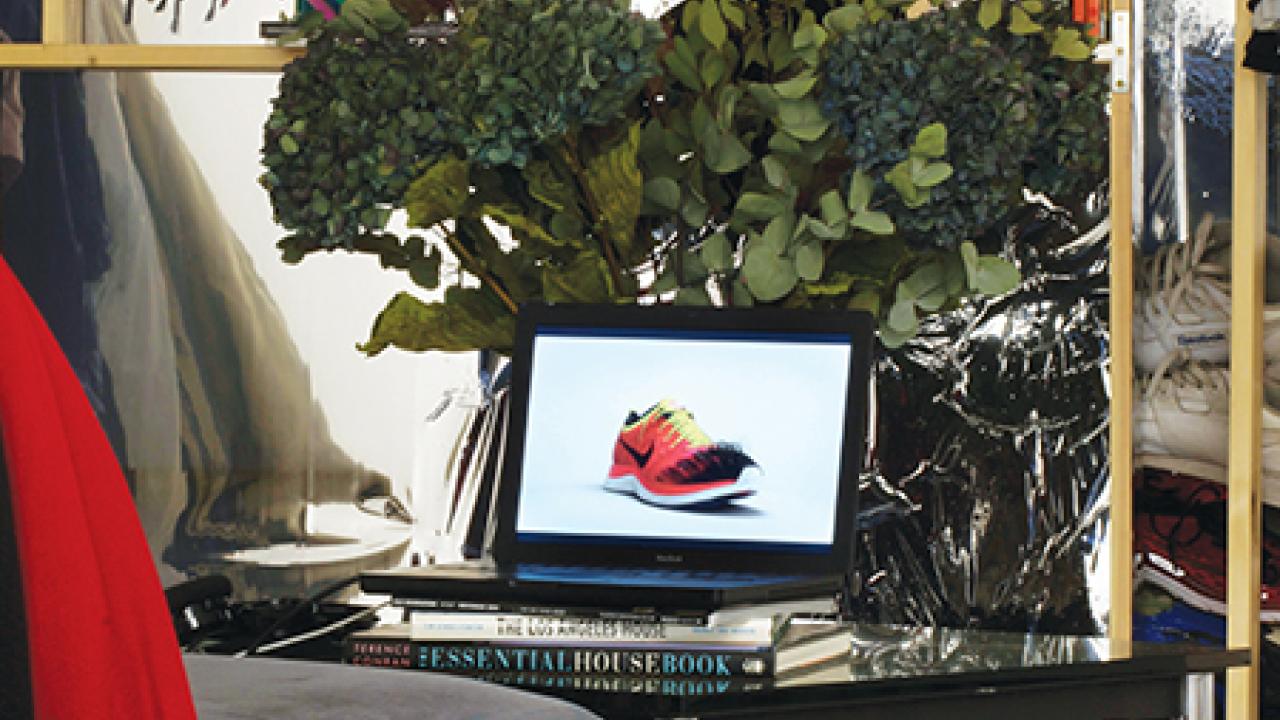 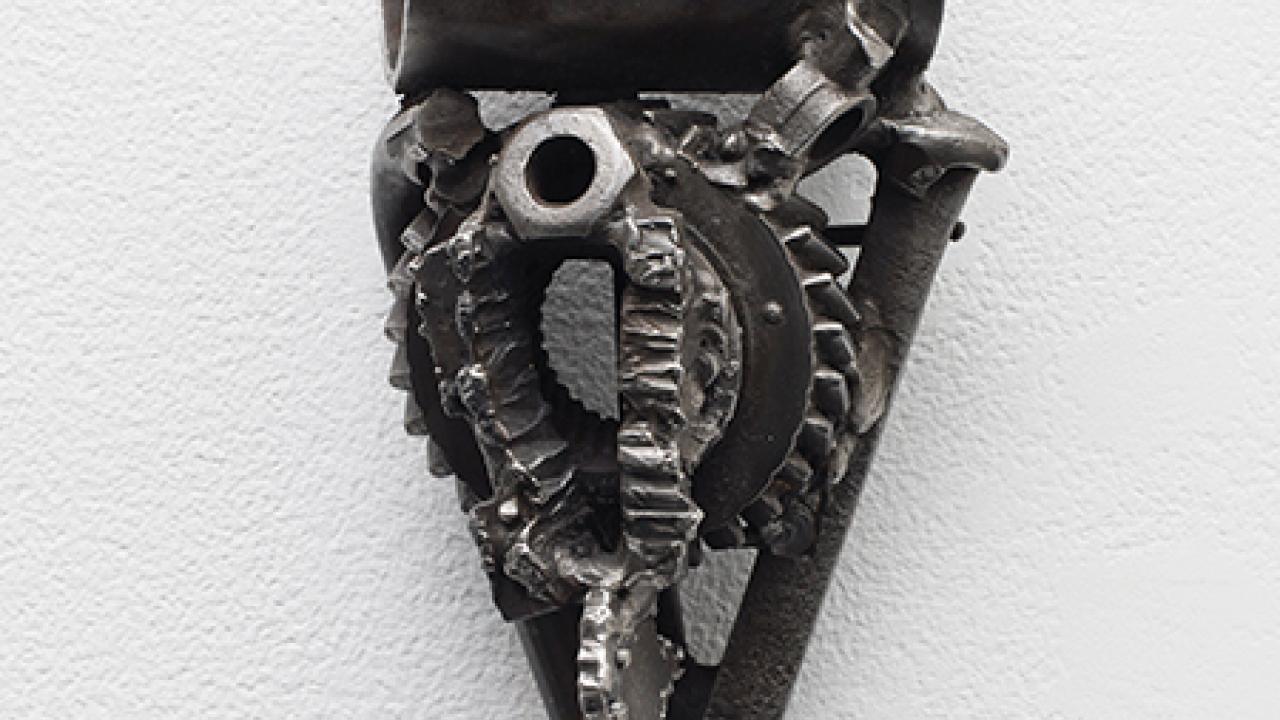 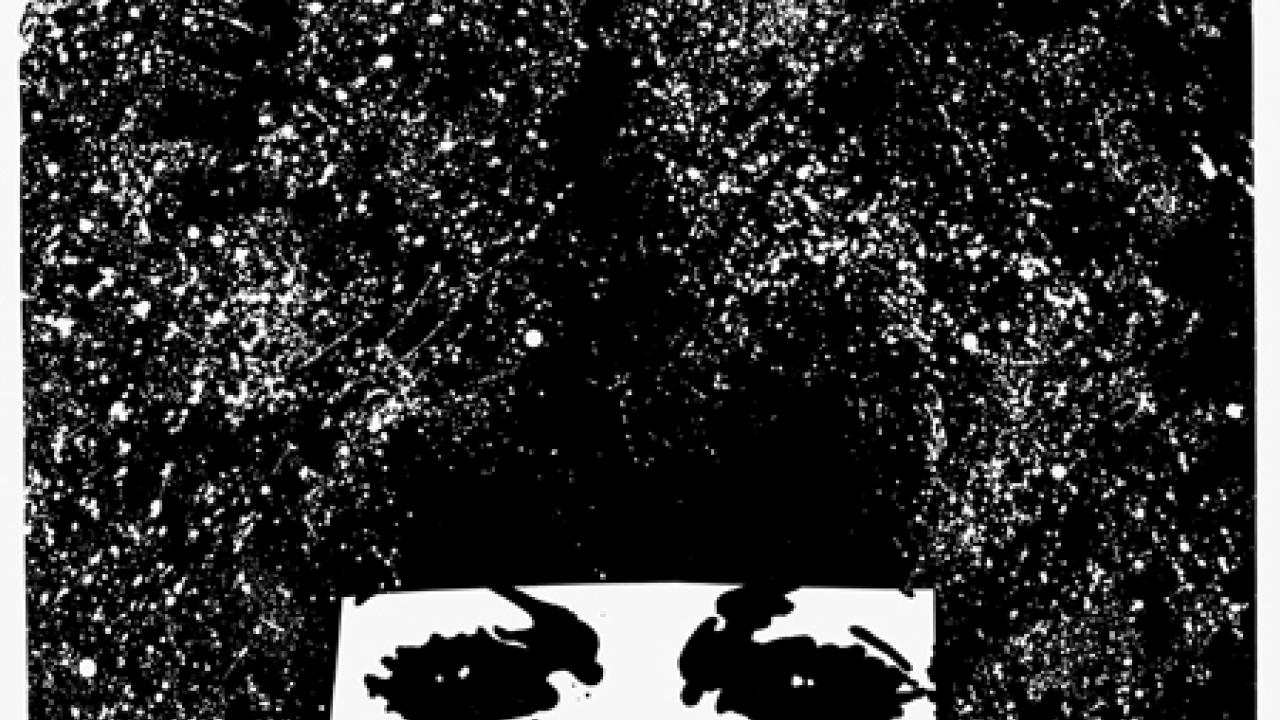 Has 12 Years a Slave finally exorcised Hollywood’s racist legacy? A consideration of representations of slavery on screen from The Birth of a Nation to Django Unchained and Belle 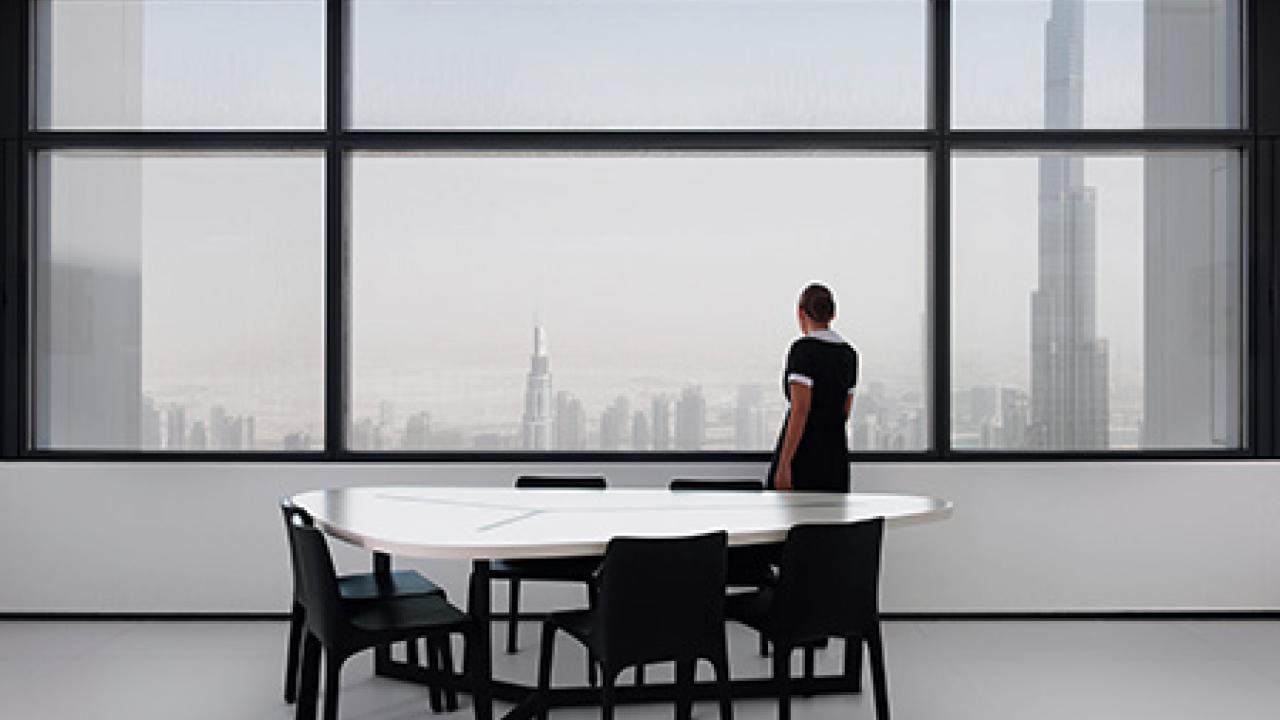 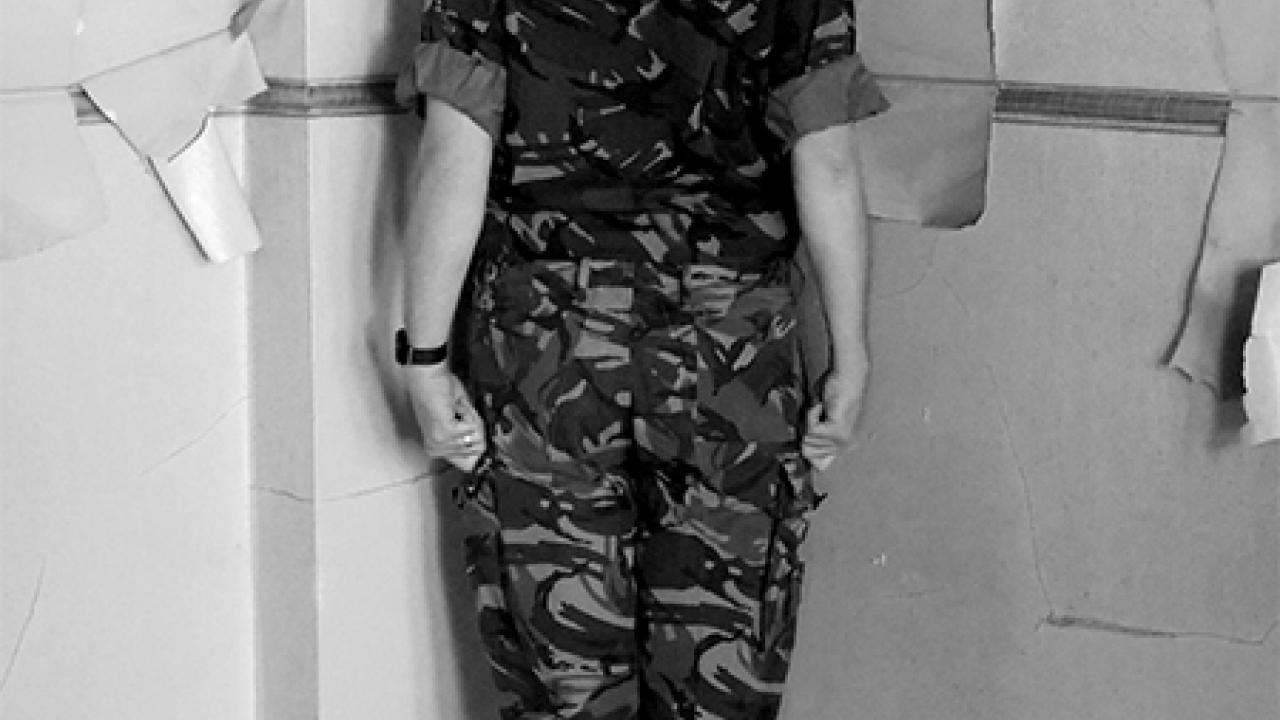 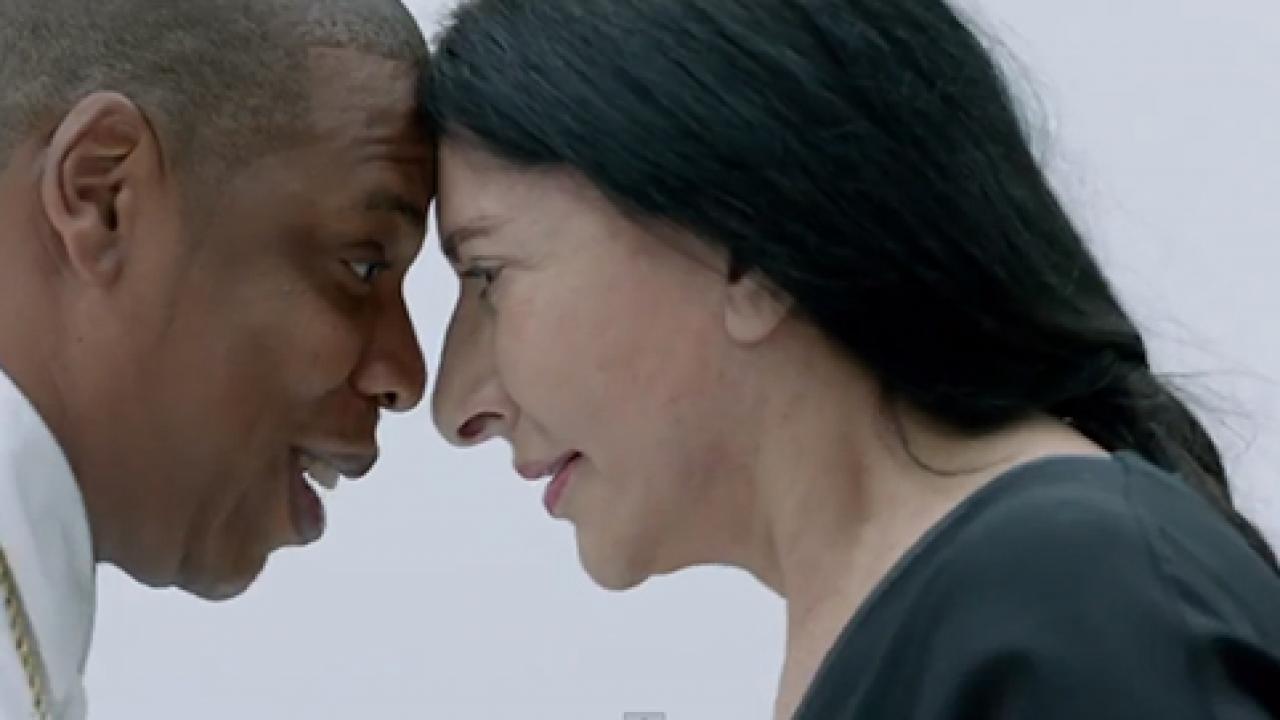 Morgan Quaintance is a writer, musician and curator; he is also the producer of the weekly broadcast radio program ‘Studio Visit’ on Resonance 104.4 FM. 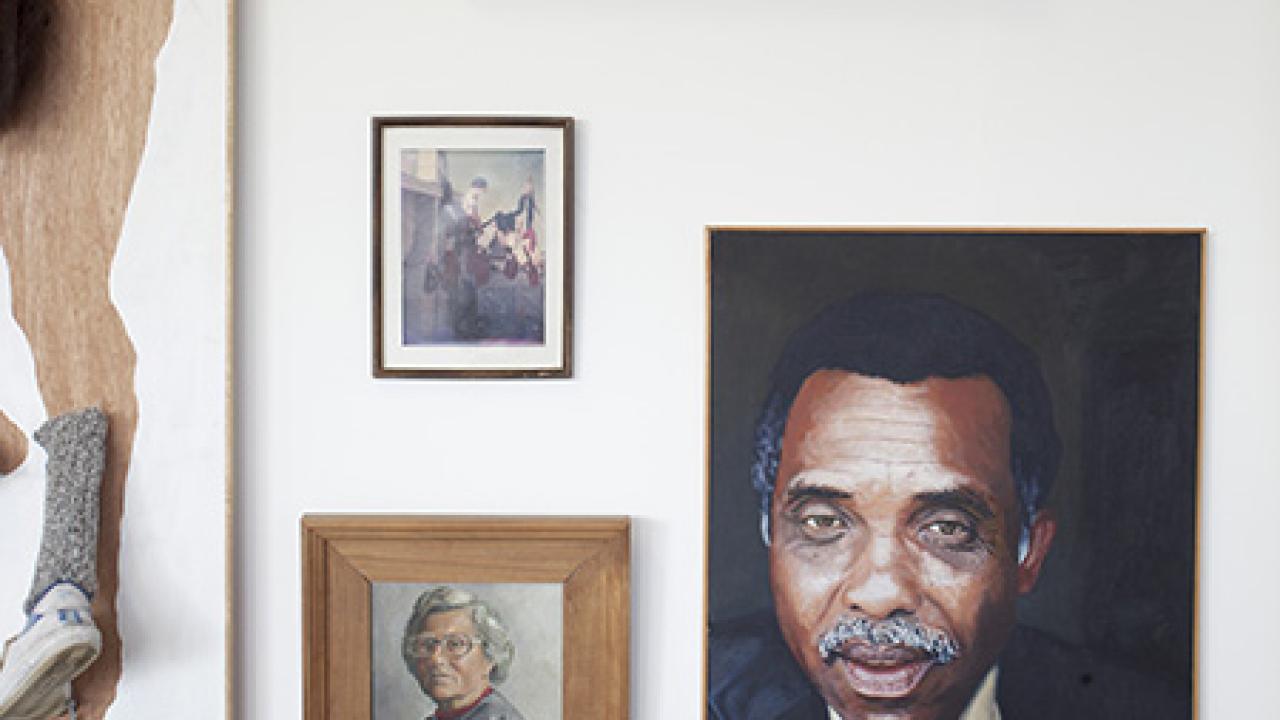 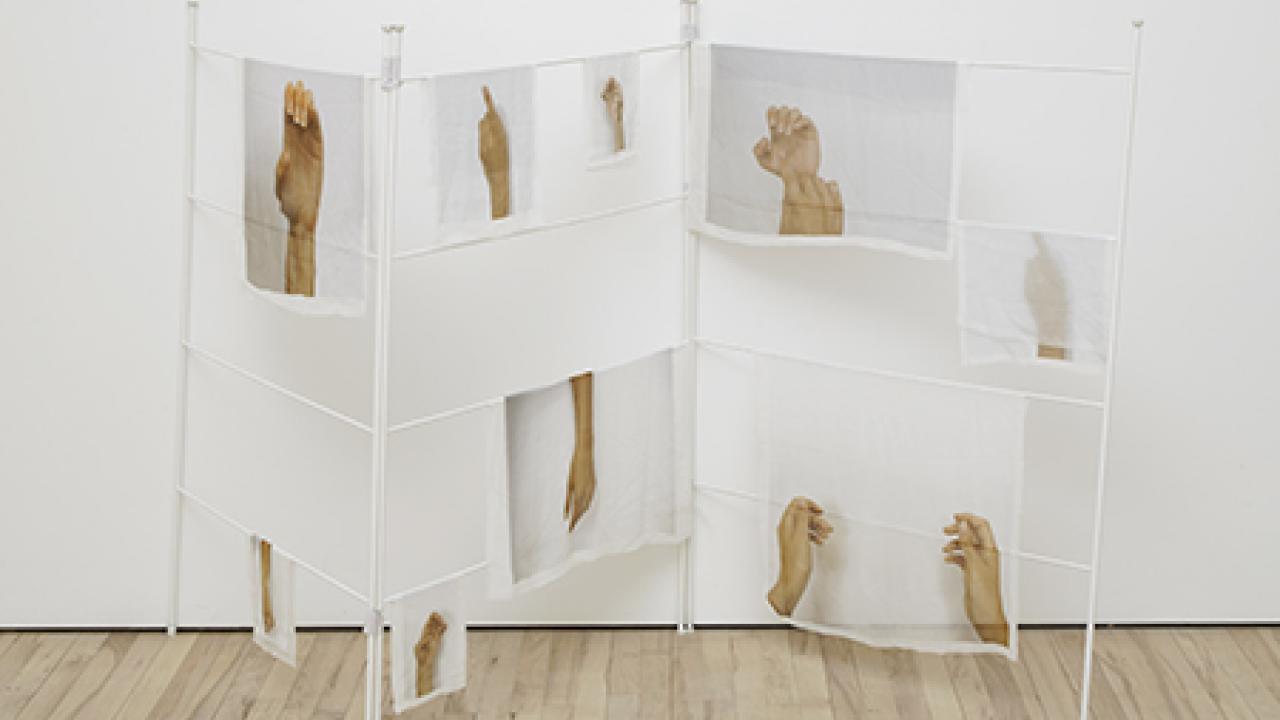 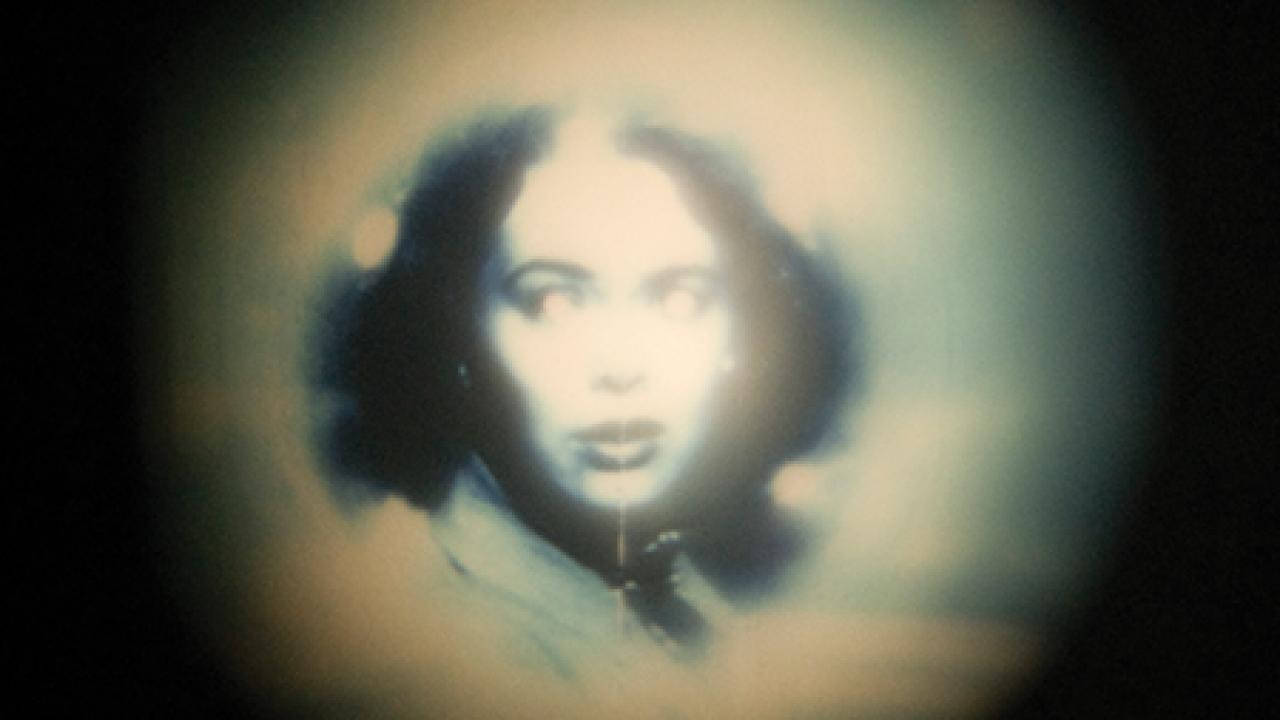 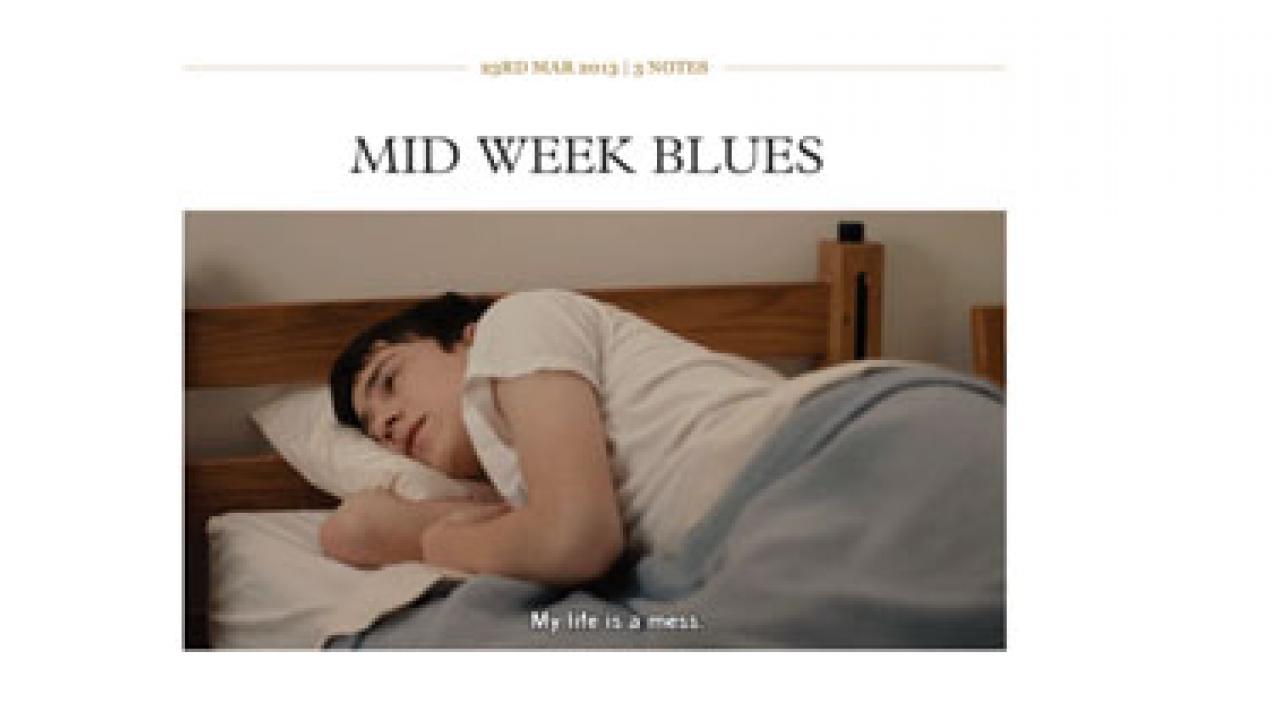 A brief history of the GIF 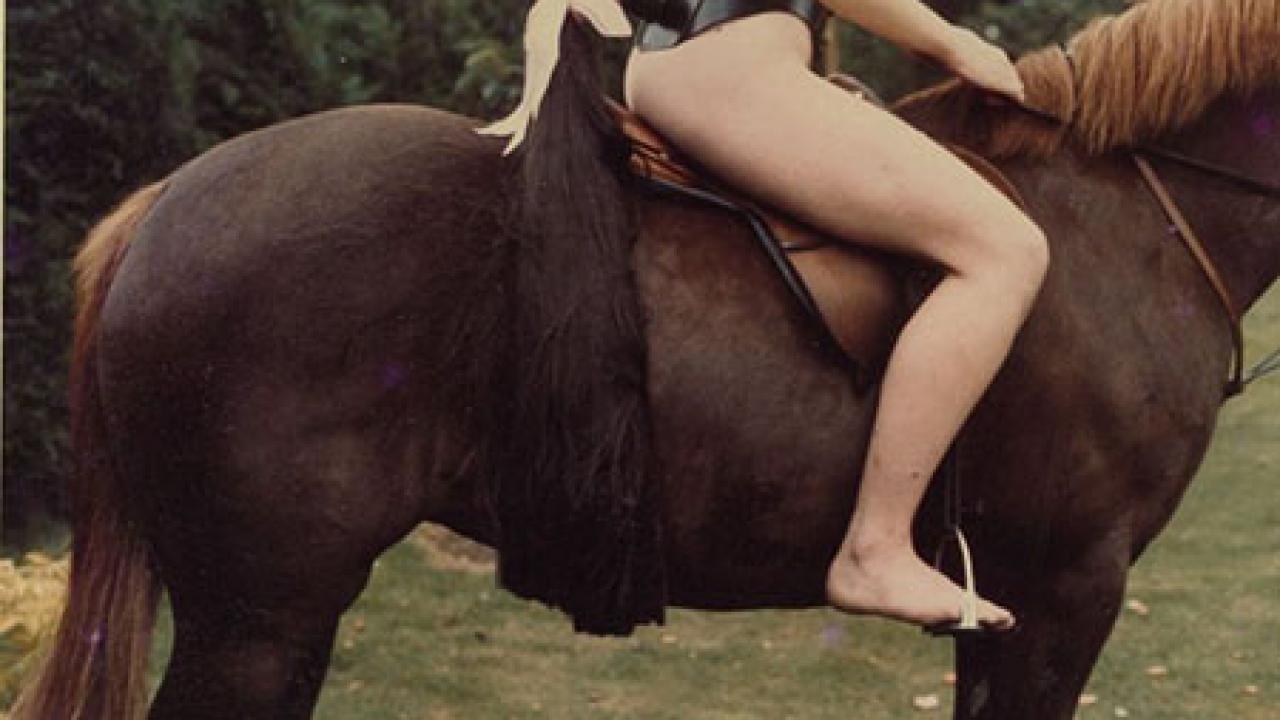 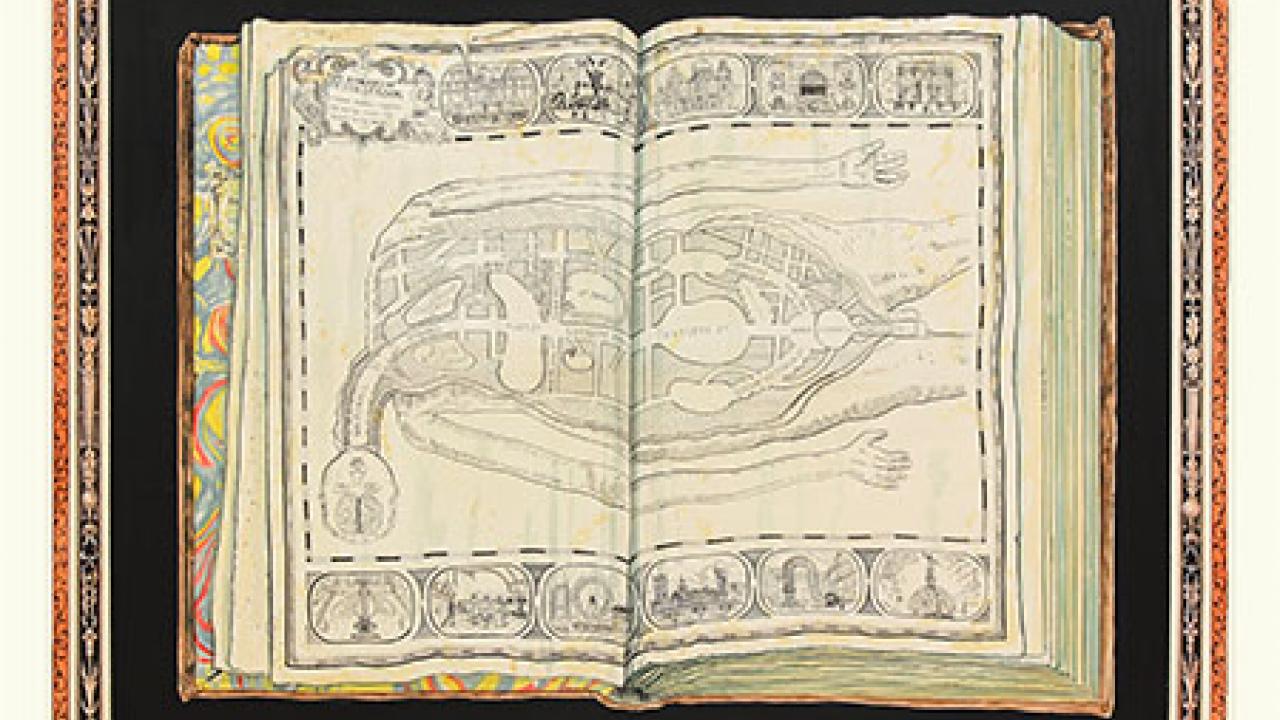 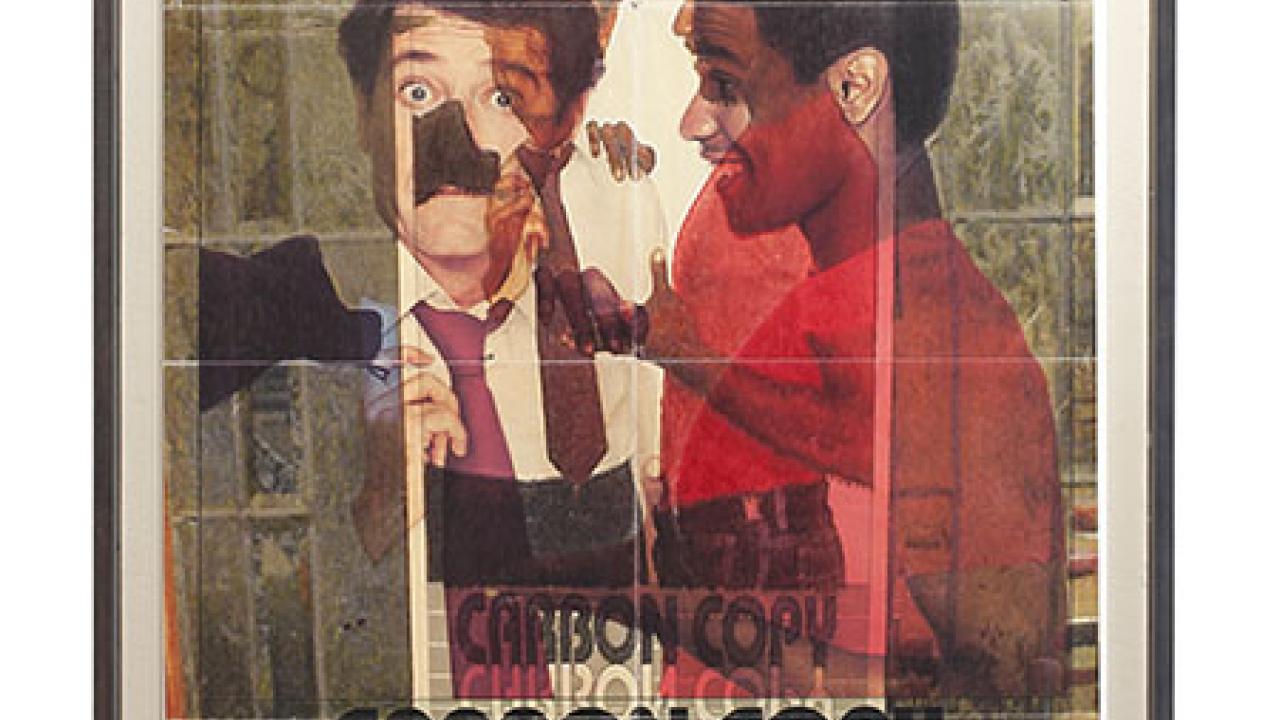 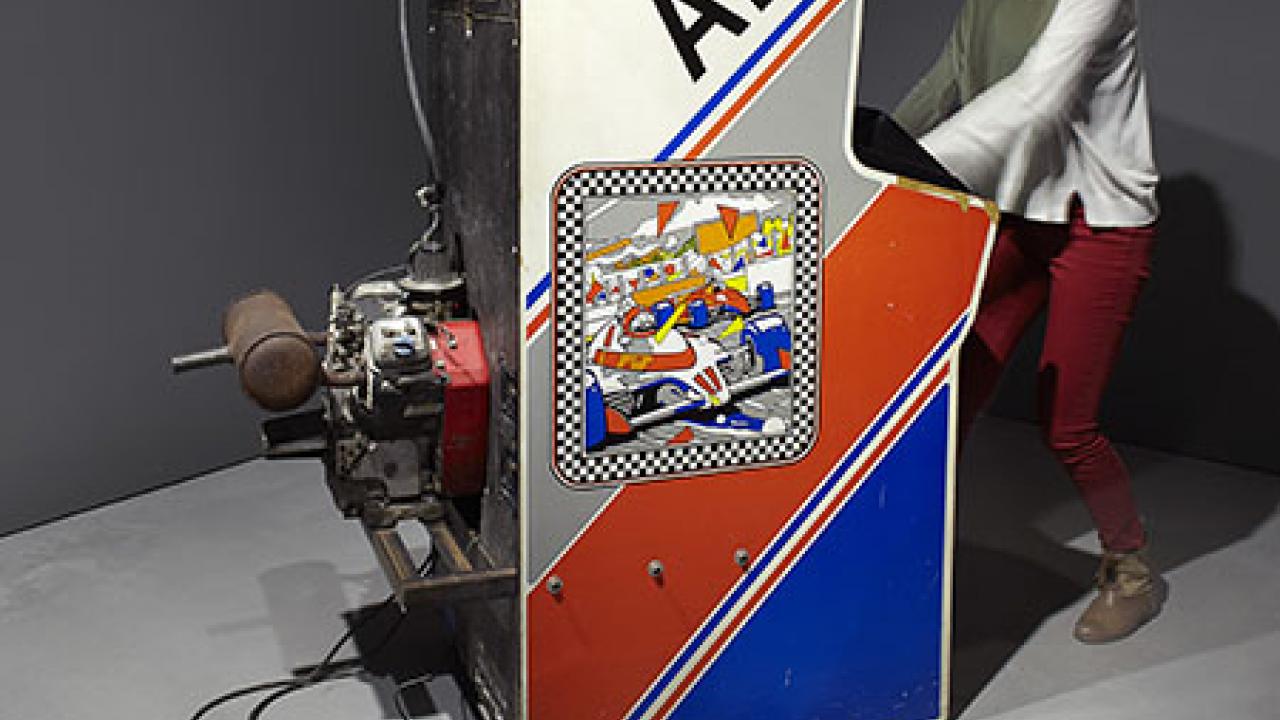 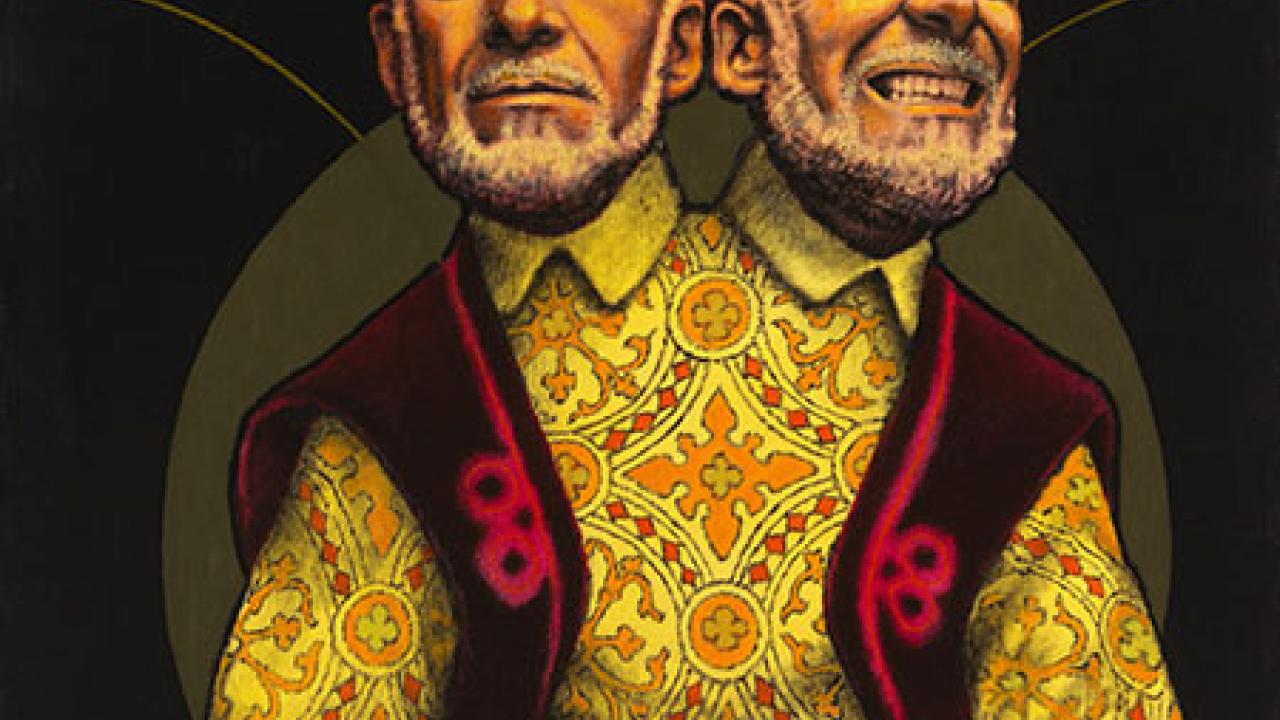 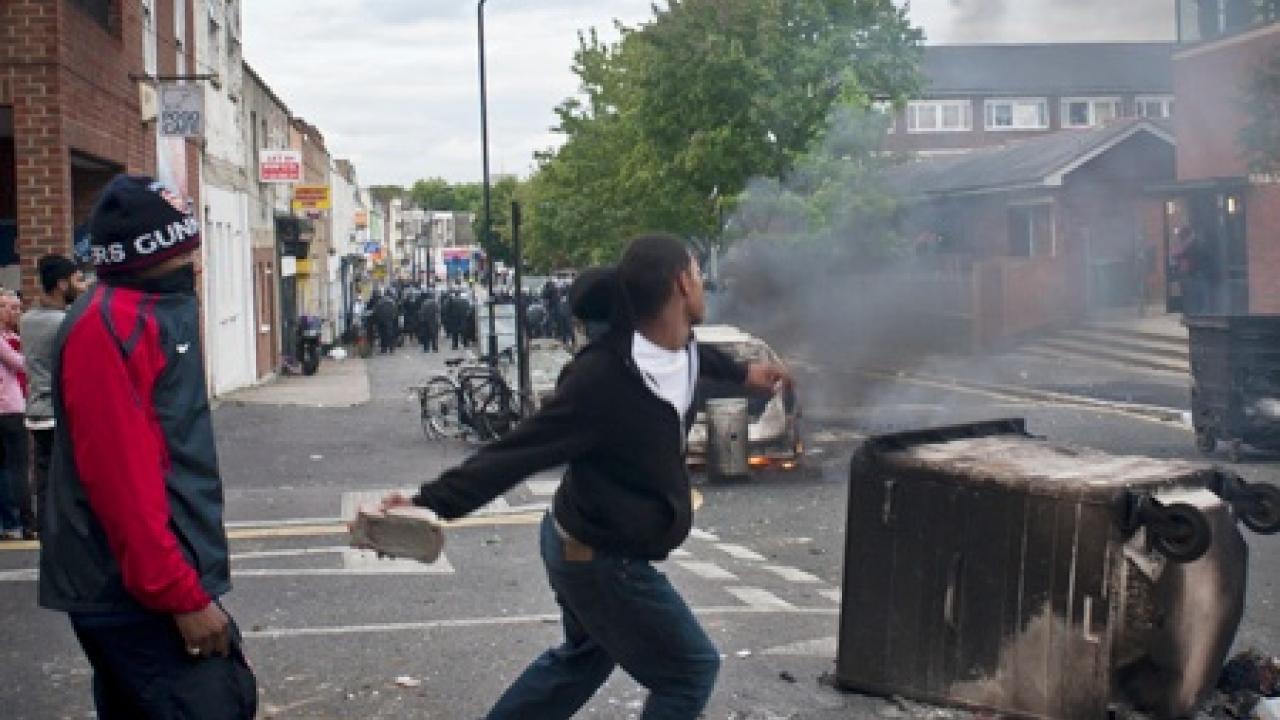 Opinion
Ghetto in the Mind

After the riots in Tottenham spread through London’s boroughs and fanned out into the cities of Birmingham, Manchester and Liverpool, politicians, community leaders and the police struggled, publicly, to make sense of it all. Among the dissenting voices, the death of Mark Duggan, shot during an attempted arrest in Tottenham on Thursday 4 August, was generally accepted as the spark igniting mass civil unrest. Events unfolded like this: on 6 August members of Duggan’s family, seeking an official acknowledgment that Mark had been killed, led a demonstration to Tottenham Police Station. After a four-hour wait and no response from senior officials, the Duggan family left. Frustration amongst the crowd of men who remained gave way to anger and the first fires were started.

For many, this set of events still lay within the realms of a feasible cause and effect, in that there was a direct correlation between Duggan’s death and the riot in Tottenham. But the rioting spread: first to Hackney, then Peckham, Lewisham, Brixton, Croydon, Enfield, Walthamstow, and out into the regions. The causal link between Duggan’s death was severed and the unprecedented phenomenon of copycat rioting, organized through the closed BlackBerry mobile network remained (these riots were not, as some including David Cameron have claimed, organized through Twitter or Facebook). Scenes of premeditated violence, targeted vandalism, looting and arson showed a multiracial group of youths rioting because they could. The only message that seemed to come from the crowd was that they were angry – but angry about what?

Of the many riots-related comment pieces currently online, the following are worthy of note: 17-year-old Franklyn Addo’s account as a resident of the Pembury estate in Hackney and Nina Power’s plea for an understanding of history and context, both in the Guardian; for Mute magazine Evan Calder Williams’s lengthy open letter to those who condemn looting; for the Voice online, Akilah Russel’s short reference to the troubling amount of airtime the BBC is giving to racially tinged analysis; and finally Owen Hatherley highlights the widening gap of lived experience in a Britain composed of two cities, side by side but worlds apart, for Verso.

The most curious of all the responses I heard, in that it offered a possible insight into the minds of the rioters, came from the columnist, broadcaster and former British Black Panther, Darcus Howe. Speaking on BBC’s Newsnight, Howe appeared haunted by the memory of the 1981 Brixton riots, particularly Operation Swamp 81. This was a plainclothes police initiative that resulted in 1,000 residents being stopped and searched over five days in April of that year; it is often cited as a contributing factor to the riots that began on 10 April. In answer to the question of why riots were occurring today, Howe answered: ‘I have a grandson who’s 15 and who cannot count the number of times he has been stopped and searched. And every time he tells it to you his intonation changes and that is what’s been going on behind the backs of society, this constant stopping and searching of young blacks, gratuitously.’

For me, the other world that Howe alludes to, where racial tensions, social inequality and police brutality threaten to push youth to the edge, recalled the work of Mohamed Bourouissa. ‘Périphéries’ (2005–8), the Algerian artist’s series of staged photographs of young people living in deprived Parisian suburbs, captured something of these tensions, albeit in another country. Coming from the same place as Mathieu Kassovitz’s acclaimed 1995 film La Haine, both Kassovitz’s work and Bourouissa’s photographs were mature and considered, meditations on the conditions they believed underlined disaffection amongst working-class youth. The suburban areas of Paris are a long way from the council estates of London, but the UK has its own canon of ‘urban’ cultural production. I’m not familiar with life in the Parisian suburbs so there’s no way of knowing how authentic Kassovitz and Bourouissa’s fictional works are. But, as black male from south London who grew up on and around council estates, I have always found representations of urban life in Britain, typified by the stereotypical narrative constructs and characterizations in works like Noel Clarke’s Kidulthood (2006) and Adulthood (2008) films, to be incredibly biased exaggerations. The characters in these films always reminded me of the delusional ‘bad boys’ from my estate, people who walked around imagining the council flats were inescapable, kill or be killed hoods like Compton. The problem was these fantasies spilled over into reality when ‘gangsters’ walked from their world into yours, burgled your house, stole your money, and sometimes your clothes.

In her 2007 book Estates, Birmingham-born writer and journalist Lynsey Hanley discusses the concept of the ‘Wall in the Head’ (der Mauer im Kopf): a phrase originally applied to former residents of the GDR who, after the fall of the Berlin Wall, remained psychologically stuck in the East. For Hanley, ‘to be working-class in Britain is also to have a wall in the head’ – a sort of self-administered mental boundary that stops any movement beyond limited socioeconomic means. Hanley explains: ‘the wall is about not knowing what is out there, or believing what is out there is either entirely irrelevant to your life, or so complicated that it would go right over your head if you made an attempt to understand it’. For large swathes of inner-city youth, to be working-class is to also have a ghetto in the head. This invisible boundary puts subjects at a double remove from the possibilities of traversing class limitations. It is a cyclical condition where anger at the invisible socioeconomic boundaries in your mind are projected onto a society that block your aspirations; onto a police force who keep stopping and searching you. From the vantage point of this ghettoized view every day is a struggle to survive, guns are a necessity, and violence and retribution set the tone on ‘the streets’.

Robert Taylor Homes; Terrell elementary school is the grey building on the bottom right-hand side

What made me sure from a young age that part of the reality of ghetto experience in Britain was a psychological construct, was experiencing something of the scale of poverty, racism, and gun crime in America. In 1987 I spent eight months attending Mary C Terrell elementary school on the South Side of Chicago. The school building was situated on the grounds of what was at one time America’s largest public housing facility (or project), the Robert Taylor Homes. This collection of 28 identical, 16-storey high-rise buildings contained almost 4,500 apartments housing 27,000 people when full. It stretched for four miles along the city’s state street. Drug dealing, drug addiction, poverty and gun crime were endemic. In the short time I was there two people I knew were shot, and on one occasion students had to run for vehicles as a crack addict shot indiscriminately from a high-rise window. It’s a level of violence that still continues to blight Chicago’s poorer neighborhoods today.

What struck me most about Terrell and the area surrounding State Street was the complete absence of people of any colour other then black. The often spoken belief by children was that ‘white people weren’t allowed to attend’. For me it was impossible to comprehend how this sort of reverse racism could exist; that in a densely populated four-mile stretch of land there were no white, Asian or Chinese people. The racial segregation in the Robert Taylor Homes projects and areas around it was so complete and so administratively comprehensive that even the cigarette adverts featuring white subjects across the city were replaced with black figures there. This was a place entirely cut off from evidence that anything existed beyond its narrow, desolate landscape. England, by comparison, seemed a multiracial, multicultural paradise.

Events over the years have tempered this rosy outlook, but the idea that life on London’s estates is comparable to the blindingly oppressive, no-way-out situations in the projects of Chicago is still as ridiculous to me now as it was then. Ghettoes were places like Robert Taylor Homes; monocultural, racist, cut off from society; the London council estates I grew up on, culturally mixed and multiracial, simply weren’t. I make this geographical distinction because the British ghetto concept, or hood mentality, borrows heavily from its American counterpart. It’s an outlook tangled up in paradoxical modes of thought and for the British youth a great deal of role-play.

What I have seen developing over the 1990s and 2000s is a comprehensive attempt to actualize the realities of this imported ghetto experience. From the relatively benign ragga-fuelled subculture of the early ’90s, things quickly progressed towards the raging paranoia of today’s grime scene. The difference now is that the possession of firearms has precipitated down from the distant world of Jamaican yardies, into the hands of naïve youths, warring over postcode affiliations.

Simon Wheatley’s recently published photobook, Don’t Call Me Urban (2010), captures something of the essence of this actualized world. The subjects of his photographs are figures in the E3 grime scene, playing up to the camera, brandishing knives and swearing at CCTV masts. They’re children really, dressed in American sportswear advertising teams they know nothing of; more Grange Hill than Boyz n the Hood.

Reality is a liminal concept in these images, an actuality balancing on the threshold between what these youths are and what they want to be. Is the boy holding a knife in the image above really a cold-blooded killer, or is the dagger just for show? It’s usually the latter, until his credentials as a real gangster are put to the test. While the people I knew that wanted to leave council estates simply walked off them, a small minority stayed, blaming society, the government and the police for keeping them there. What I saw in the riots were gangs of children intoxicated by the experience of self-actualization (according to the Guardian’s data blog, as of the 17 Aug, 400 recorded court cases out of the 1,100 court appearances show that 73 percent of those in court were aged under 25, with ‘many of them between 11 and 17’). For these kids you couldn’t get anymore real then setting buildings on fire, looting and attacking the police.

To be working class is to be, without a doubt, at a disadvantage. But, there is also a psychological correlate to the detrimental socioeconomic factors associated with being a poor, young, council-estate resident. For those without the nous to look beyond it, the ‘ghetto in the head’ schema provides an excuse for violent and antisocial behaviour. If a serious effort isn’t made to help these youths radically change the way they are thinking, than this ghetto fantasy may actually become very real, not just for those unfortunate to be caught up in it, but for those who have sense enough to avoid it, and for the rest of Britain as well. 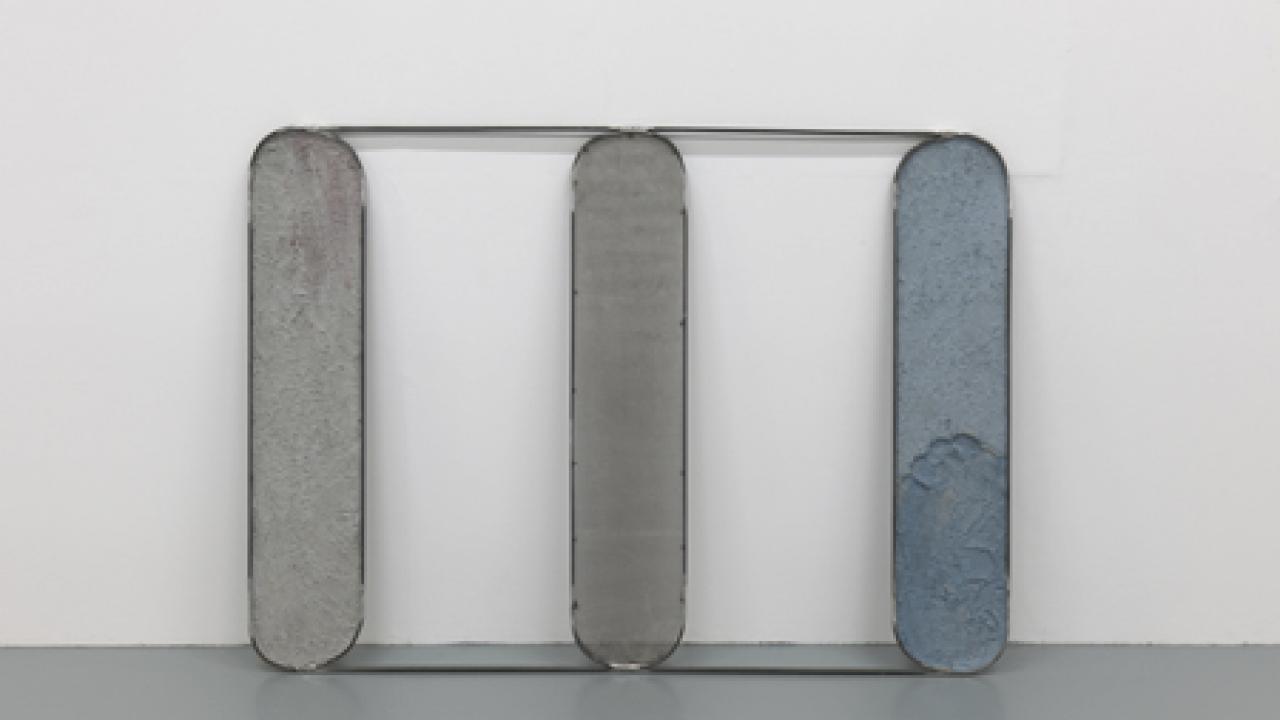 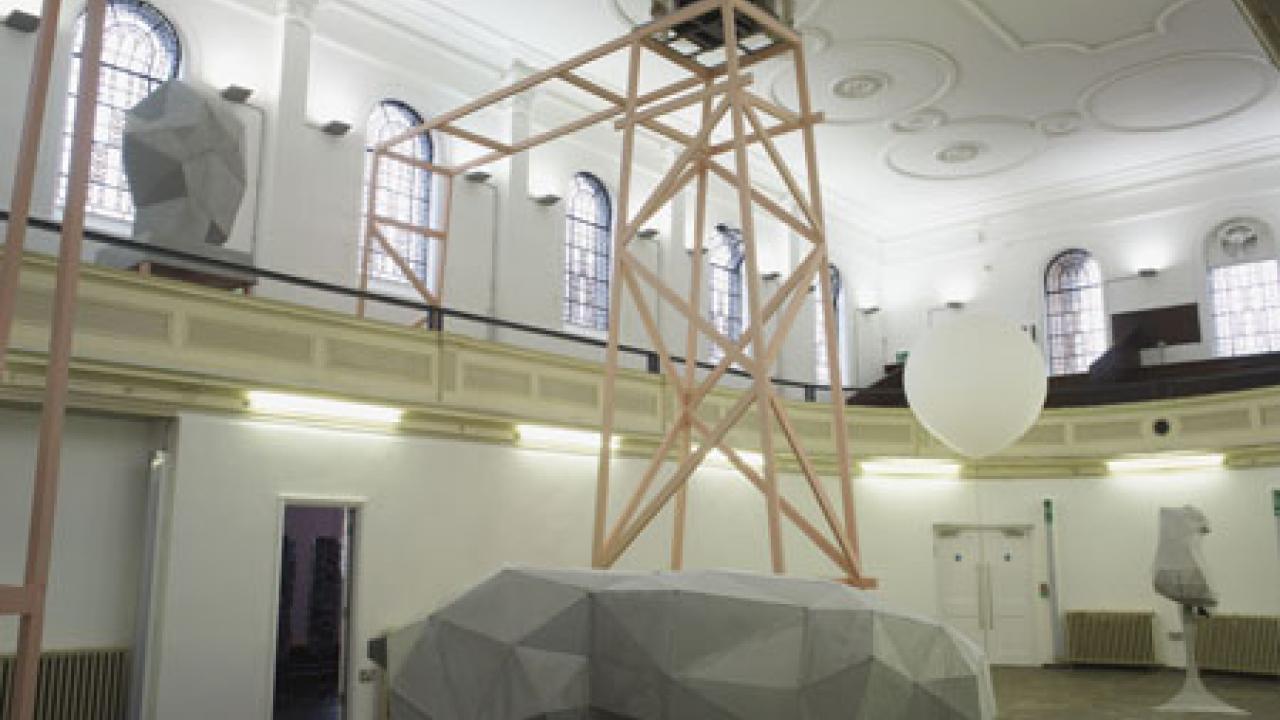