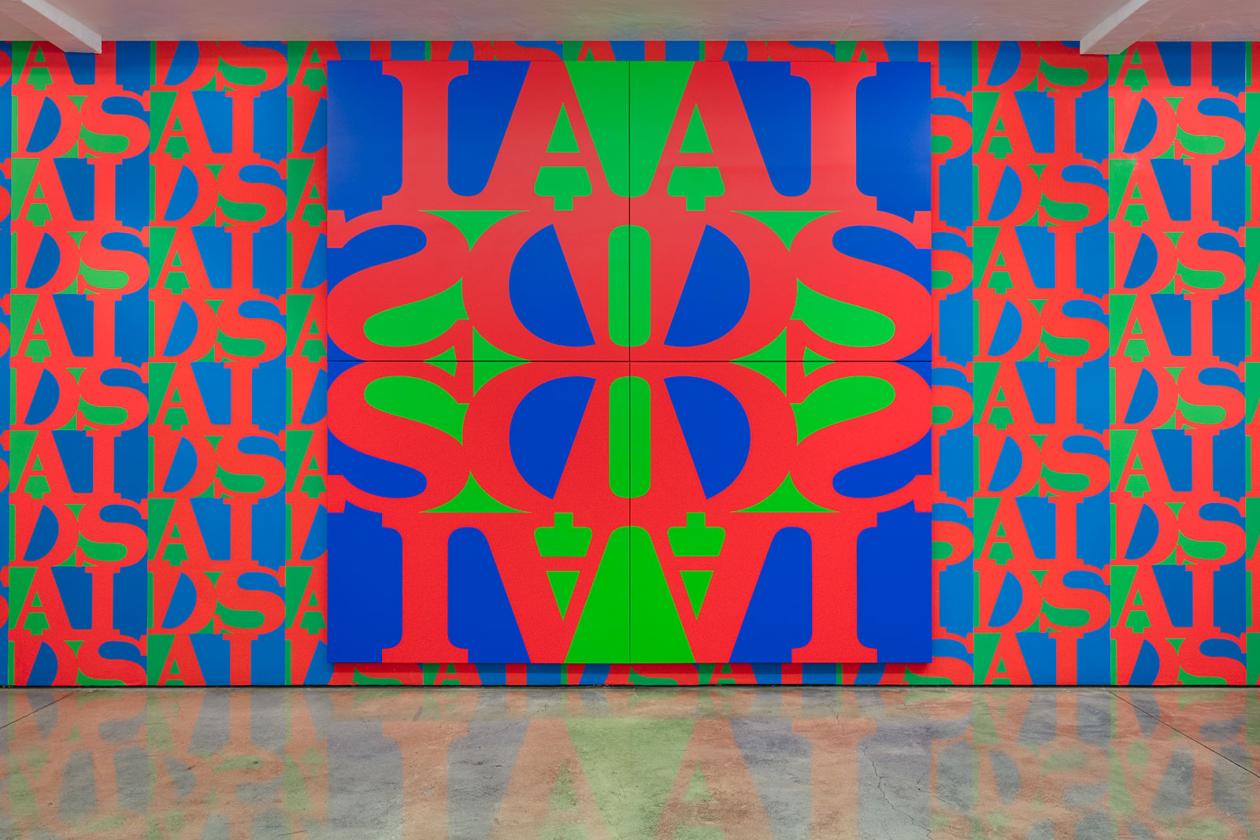 AA Bronson, Felix Partz and Jorge Zontal met 50 years ago in Canada, living and working together as the collective General Idea from 1969 to 1994. Alongside conceptual exhibitions including ‘Going Through The Notions’ (1975) and ‘The 1984 Miss General Idea Pavilion’ (a hoarding for a fictional pavilion that burned down in a fictional fire), the trio were responsible for the experimental cultural journal FILE Megazine [sic]. The journal used the ‘found format’ of LIFE magazine – landing General Idea with a lawsuit from Time/Life in 1976 – and attracted contributions from countercultural figures from William Burroughs to Talking Heads.

General Idea’s first ‘AIDS’ painting – this time using the ‘found format’ of Robert Indiana’s LOVE (1967) – was created in the mid 1980s, after the group’s move to New York. It became the first work in the ‘Imagevirus’ series, a graphic intended to spread freely, infecting the city, but also normalizing a disease that was, by that point, already part of many people’s day-to-day. This celebratory exhibition will show paintings from the ‘Imagevirus’ series within a gallery hung with ‘Imagevirus’ wallpaper.