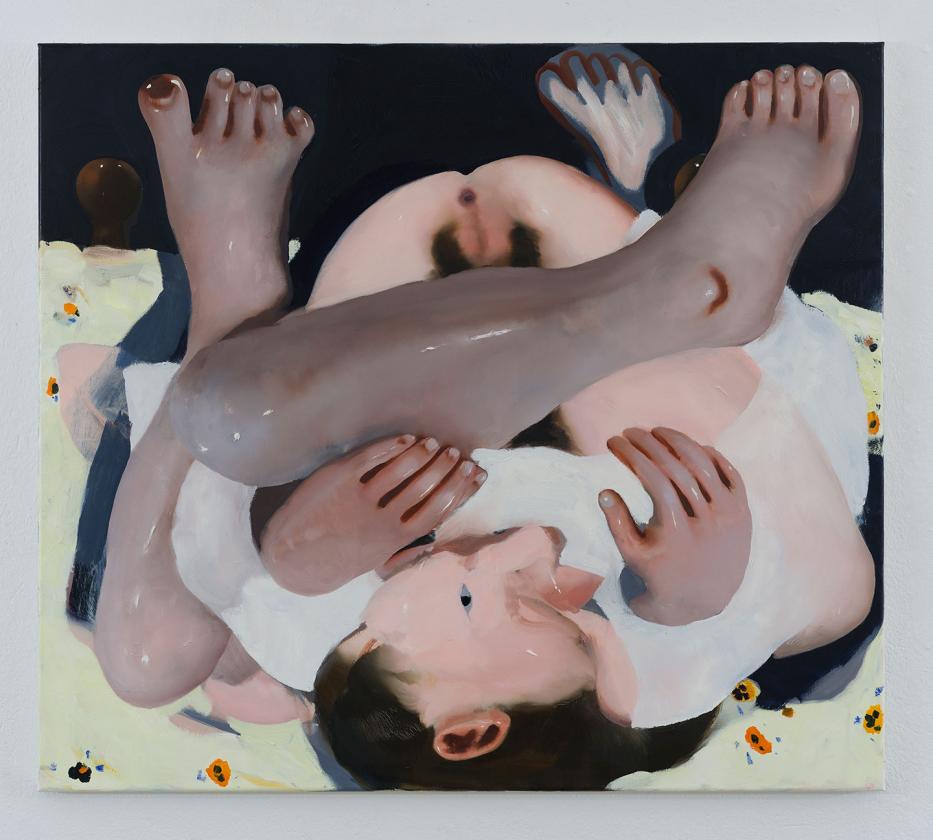 The group show ‘Above the Treeline’ is concerned less with finished objects and more with displaying diverse experiments in material and figuration. The four artists featured, Virginia Overton, Jon Pestoni, Rezi van Lankveld and Ambera Wellmann, use the latitude where trees are no longer able to grow as a metaphor: Overton uses ‘masculine’ materials such as mud, sheetrock and wooden beams to create works that feel half-done, while Canadian artist Wellmann’s oil paintings depict porcelain figures often erotized and deformed. Underlying ‘Above the Treeline’ is an attempt to alter the viewers’ perception so they experience something familiar but also new. Jon Pestoni’s geometric paintings are layered with both texture and colour and are expressive through their animated brush strokes and Van Lankveld’s work has long been engaged with the activity and motion of paint itself, often pouring it directly on to the canvas and persuading it into a composition.