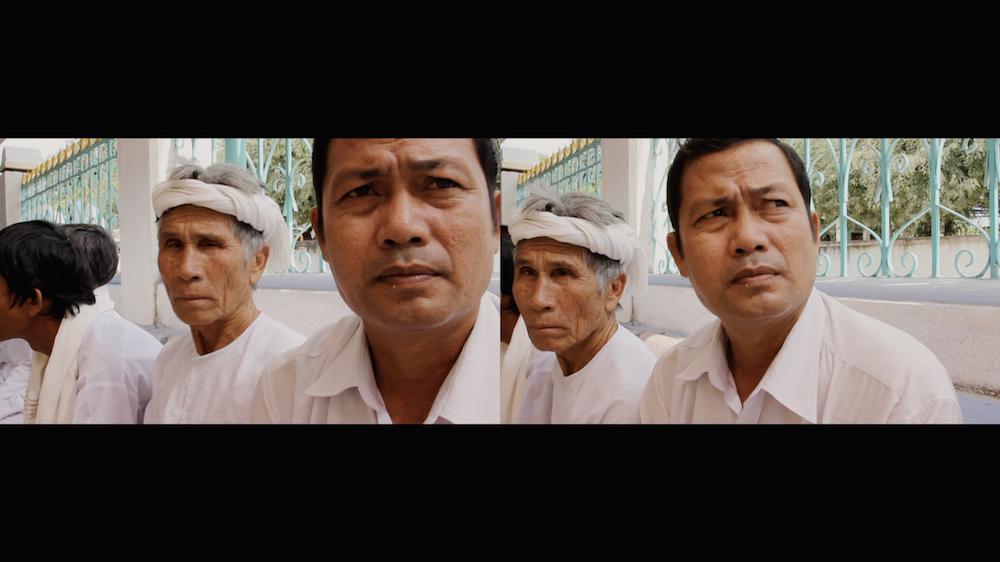 Para Site is known for mounting ambitious group shows and ‘A Beast, A God, And a Line’ is no exception. First presented at the Dhaka Art Summit, the show is curated by Cosmin Costinas and comprises works of 55 artists from the Asia-Pacific region. Collectively, it’s a poignant portrait of an ancient region forever changing. A few works touch on the contentious role of indigo, as a pigment long associated with global exchange along the Silk Road, evidenced in Lavanya Mani’s Travellers Tales – Blueprints (2014), but also a colour tainted by suppression, as demonstrated by Manish Nai’s Untitled (2017). A set of five indigo burlaps, its subdued construct betrays the sociological disaster that resulted from the colonialists’ insistence that local farmers cultivate indigo rather than the food crops necessary for survival. Based on an exchange of letters between two filmmakers, Nguyen Trinh Thi’s Letters from Panduranga (2015) spotlights the last surviving territory of the ancient kingdom of Champa (now central and southern Vietnam). Indian sculptor Mrinalini Mukherjee’s Kamal (1985) proffers a more buoyant spirit. Knotted from hemp, the delightfully amorphous form recalls either a vagina or a carnivorous plant. But if art was to provide any sort of guide to mimicking an increasingly complex world, Gauri Gill’s ‘Fields of Sights’ series is a strong contender. Photographs of rotting landscapes are inscribed with drawings by Warli indigenous artist Rajesh Vangad, pointing to the possibility of a kind of naturalist revival based on mutual respect.