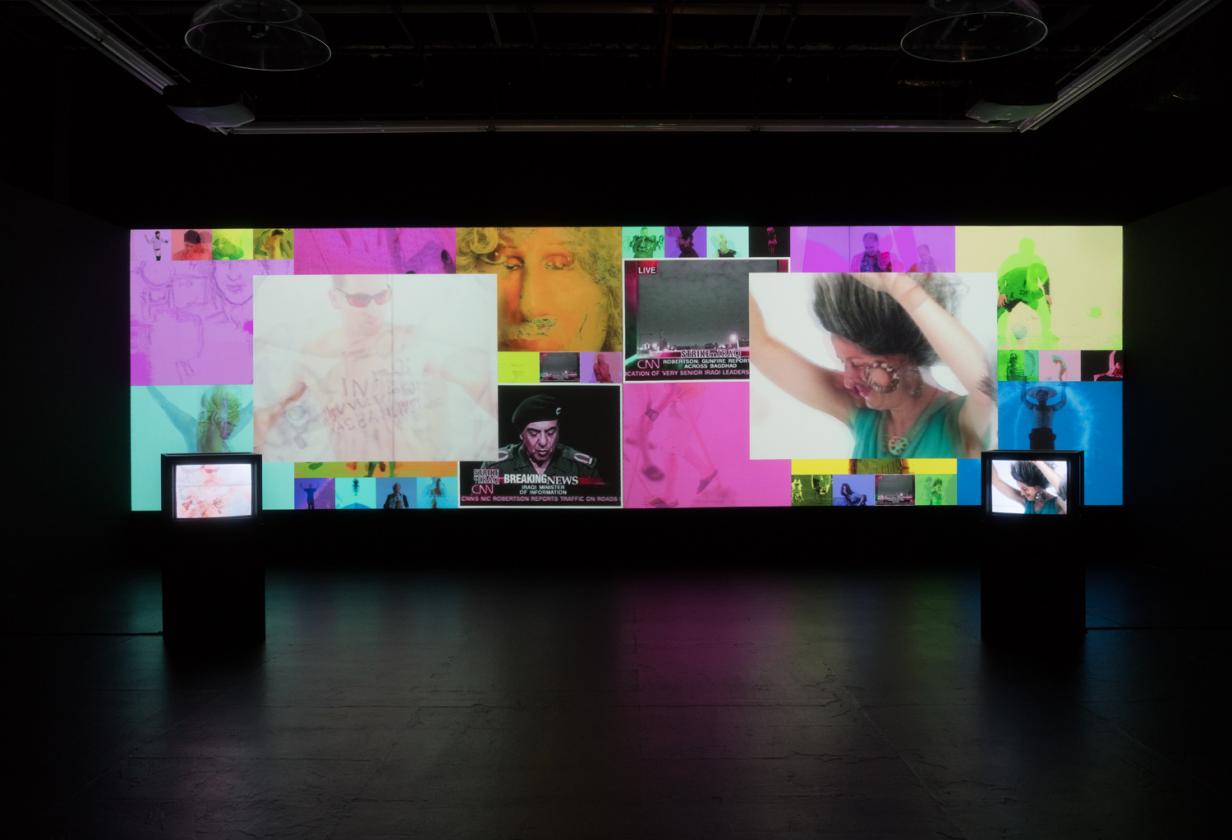 At the Kitchen, two new video installations by Charles Atlas – 2003 and The Years (both 2018) – consider the way particular moments in time are registered in film, through found footage from television in 2003 overlaid with video portraits of Atlas’s peers (Eileen Myles, Yvonne Rainer, etc.), or re-imagined in some projected future, in The Years. Atlas has long been interested in reception, nostalgia and the plurality of presents – as well as queer futures – that compose our experience. See, for example, his much loved 2015 exhibition at Luhring Augustine, ‘The Waning of Justice’, which featured drag performer Lady Bunny in lengthy, freewheeling monologue about the grim state of the present. (Had she known of what was to come only a year later! Or did she?) In these new works, Atlas once again presents a colourful, candid, decidedly queer take on our image-clogged political and social universe, beginning with the year President George W. Bush dragged us into Iraq and ending in a ‘video graveyard’ in the distant future. Atlas has also programmed a concurrent variety programme at the Kitchen, ‘The Kitchen Follies’ (3–12 May), featuring the filmmaker’s new and long-time collaborators. Composer Jodi Melnick and performer Julianna Barwick will present a new collaborative work, as will Laurie Berg and the Illustrious Blacks (3–5 May only). Atlas, who has always worked in concert with artists and communities, both directly and indirectly, has held up a world of art (contra ‘the art world’) for decades – bringing together elements of nightlife, poetry, dance, music and drag into one glittering New York shindig. Whatever the future holds, we can at least take some comfort in living in a present alongside Charles Atlas.