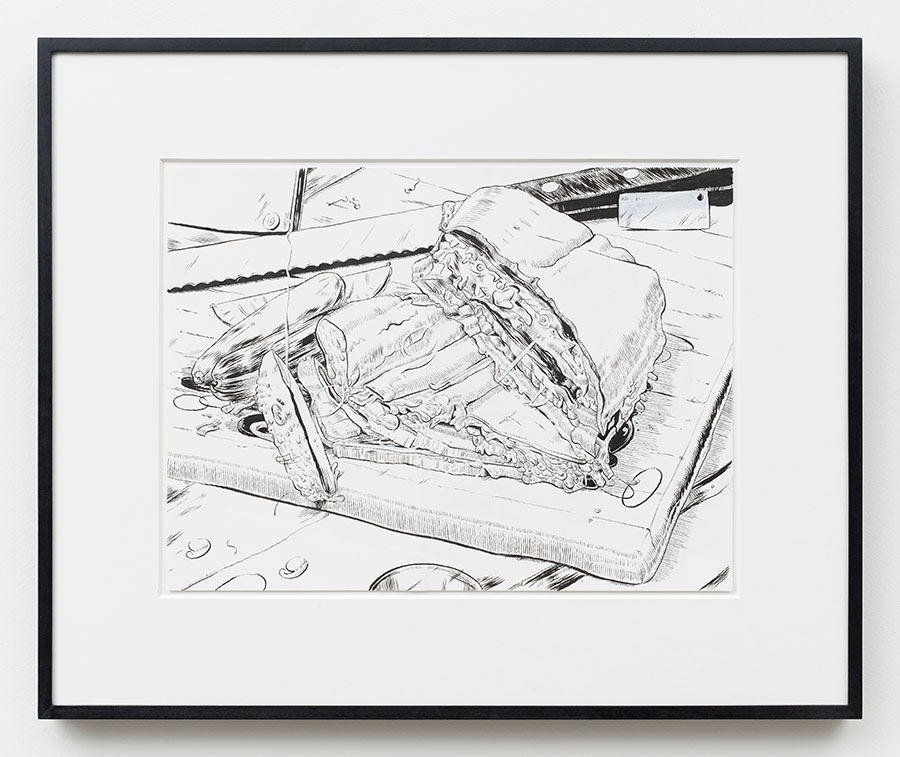 Working predominantly in high-definition video and moving image, Berlin-based British artist and poet Ed Atkins uses literary devices to bring intimacy into constructed virtual worlds. In his latest show at dépendance, Atkins employs video and sound to delve into dialogues around love, sex, death and relationships in the context of digital abstraction. For those who have encountered Atkins’ work, the immersion into his hyperreal narratives is near involuntary. His surround-sound, CGI-heavy digital performances allow viewers to become absorbed into the work’s attempt to decipher a computerized world that is rapidly becoming more real in both an optical and psychological sense. However, the artist's latest show at dépendance features only drawings; intimate portayals of hands, arms and faces belonging to people that he knows personally. Reminiscent of his previous show at the gallery in 2015, there’s a focus on the command technology holds over physical bodies. With artificiality now at peak production, we’re all invested in unzipping what passes for ‘experience’ – in a world where we respond with emotional depth to occurrences and events that are increasingly immaterial. While existential questioning reigns heavy in the artist’s practice, here, Atkins doesn’t ask how close we are to dematerialization, but rather, how our physical selves can be present when media is incessantly reconceptualizing the meanings of the veridical and the imagined.