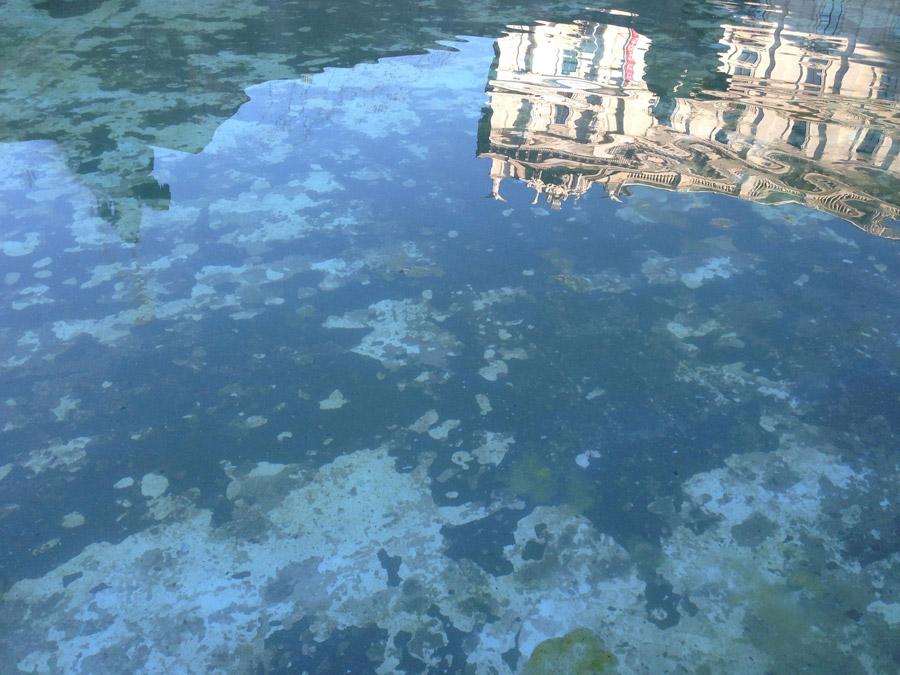 La Mia Mappa (2013), the photograph from which Emily Jacir’s current show at Alexander and Bonin takes its name, shows a close-up of a water fountain in Rome which reflects the buildings and sky around it; the erosion of the bottom of the fountain appearing like a map. This acts as a key for Jacir’s research-based practice – here, including sculpture, photography, and found objects – which has long been concerned with documenting and representing the currents that set off interstitial movement and migration. Jacir presents several works never seen before in the US, each of which engages the microhistories of highly specific locales – streets in Rome, a square in Linz, Austria, gazettes from Ireland, missives from Palestine – so as to construct a more expansive understanding of global crisscrossing and contingency. For example, in Notes for a Cannon (2016), Jacir draws connections between a clock tower that once stood at the Jaffa Gate in Jerusalem (before being destroyed by the British in 1922) and the loss of Ireland’s own time zone (Dublin Mean Time) by the British in 1916. Here and elsewhere, Jacir’s works take site-specificity as a point of departure so as to constellate the complexities and tensions that foreground a migratory, but staunchly lived-in experience.