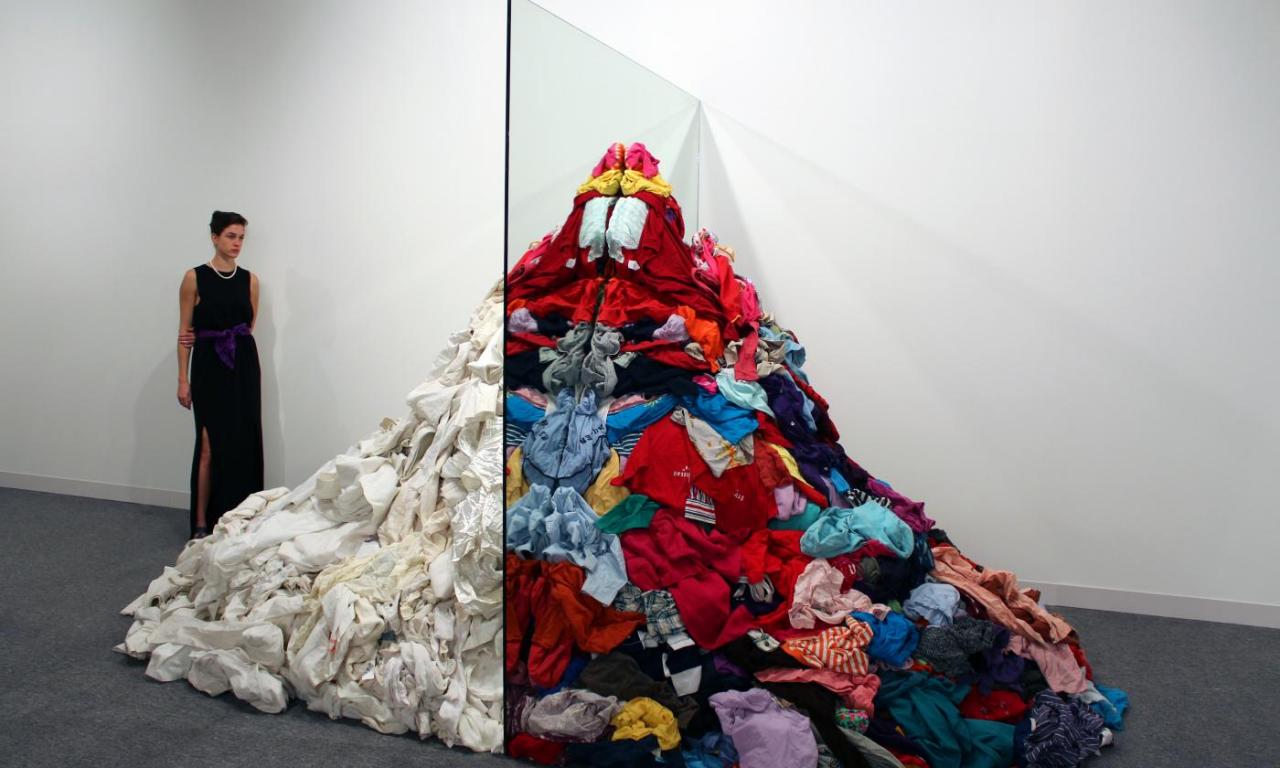 Cathérine Hug and Christoph Becker have staged a dense illustration of the intersections between fashion and art – and of course politics, religion and society too. Art and fine clothing have both been accessories of the wealthy and powerful, and here impressive and amusing objects – paintings and suits of armour – from the Renaissance onwards demonstrate art and skilled craft that demonstrated their owners’ attributes, especially in the groin area. History grants us clear hindsight; Marie Antoinette’s portrait as shepherdess screams of naivety.

Over time the relationship between artist and patron became less contractual, or less overtly so; art could take better aim at fashion, seen here in caricatures of post-Revolutionary fops, or in Honoré Daumier’s rather mournful illustration of a hooped skirt wearer stashing stolen goods in her underwear. Hindsight can go both ways, however: it’s unclear whether Gustav Klimt’s exhibited robe was made by his lover Emilie Flöge – whose ‘reform’ designs freed women, particularly, from the constraints of tight clothing – but it does illustrate that he used his apparel to distinguish himself. Today, no matter how much they have in common, fashion and art remain uneasy bedfellows; most artists recoil from being viewed as merely fashionable. Sylvie Fleury, however, makes fashion a medium and skewers her predecessors’ haughty gravitas. Like Mondrian? Then you’ll love his painting on a dress.

Worth a look in nearby galleries are Gianfredo Camesi at Galerie Ziegler and John Baldessari at Mai 36, while the off-space Counter Space opens its new site (and reveals an open-air model) at Rämistrasse 24.