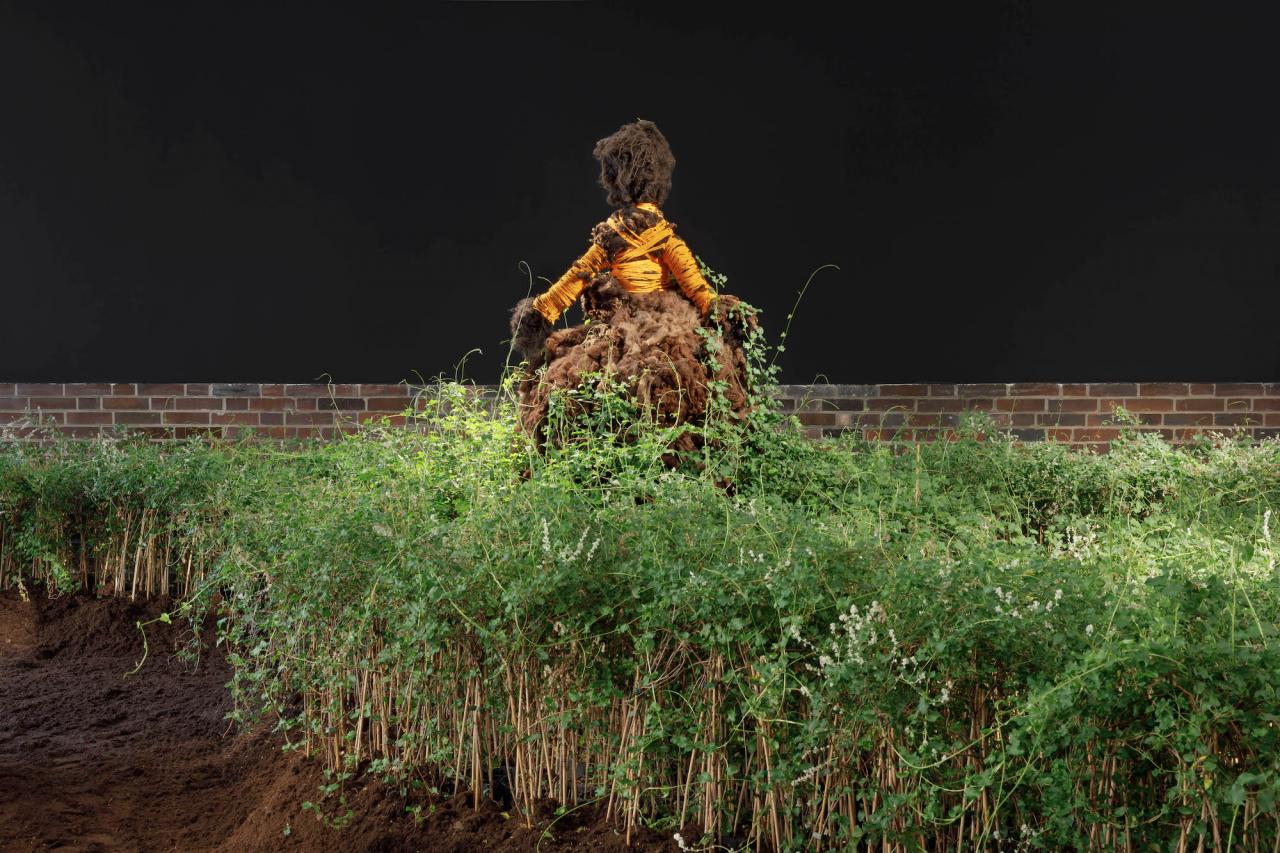 Watch a recording of the performance

Precious Okoyomon
This God Is A Slow Recovery, 2021
Video documentation

Watch a recording of Precious Okoyomon's performance-activated installation, performed on April 28 at The Shed as part of the 2021 Frieze Artist Award in New York.

For This God Is A Slow Recovery, Okoyomon focused their research on failures of communication, and instances where language collapses, breaks down, and arrives at an impasse. As an epitome of miscommunication, the legend of the Tower of Babel was taken as a point of departure to conceive, together with industrial designer Jonathan Olivares, a steel deck structure covered in camouflage netting that was placed at the centre of The McCourt. Throughout the afternoon, poets and performers took turns to read their own poetry as well as a poem Okoyomon wrote for the occasion, Sky Song, while accompanied by a trio of strings. The readers’ voices and the music organically and unexpectedly intertwined during the length of the performance, creating unpredictable consonances as well as nuanced cacophonies.

The award is supported by the Luma Foundation and is a major opportunity for an emerging artist to debut an ambitious new commission.