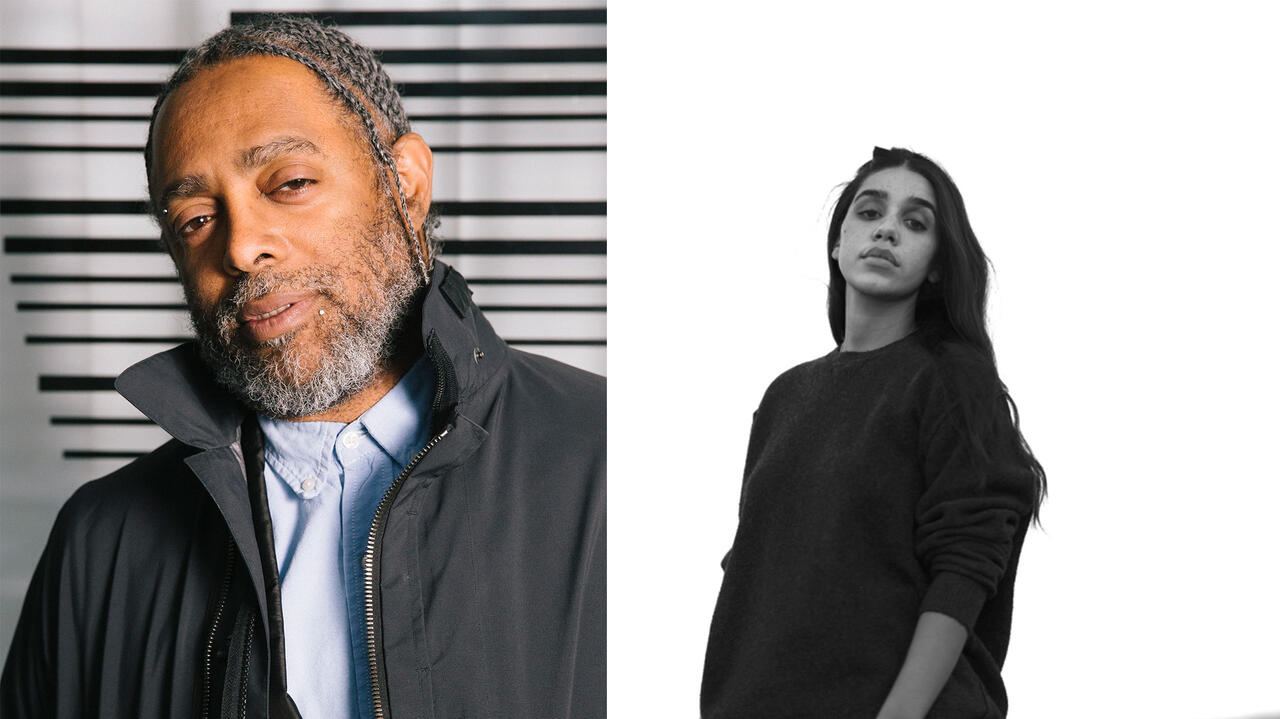 Watch the full talk below

Garrett Bradley's investigation into community unfolds between the art and film industries, and emphasizes collaboration with a network of peers and mentors. She is joined by fellow film-maker and artist, Arthur Jafa, to reflect on the possibilities of visual story-telling, social research, and the artworld as a place of film practice. The dialogue will be moderated by curator and art historian Mark Godfrey.

Garrett Bradley (b. 1986, New York) works across narrative, documentary and experimental modes of filmmaking to address themes such as race, class, familial relationships, social justice and cultural histories in the United States. Adopting archival material alongside newly shot footage, Bradley’s films exist simultaneously in the past, present and future, not only disrupting our perception of time, but also breaking down our preconceived ideas about objectivity, perspective and truth-telling. These narratives unfold naturally in both feature-length and short form, rather than being forced into a singular definition or perspective, and consequently reveal the characters’ multifaceted individual and collective stories.

Arthur Jafa Arthur Jafa (b. 1960, Tupelo, Mississippi) is an artist, filmmaker and cinematographer. Across
three decades, Jafa has developed a dynamic practice comprising films, artefacts and happenings that reference and question the universal and specific articulations of Black being.
Underscoring the many facets of Jafa’s practice is a recurring question: how can visual media, such as objects, static and moving images, transmit the equivalent "power, beauty and alienation" embedded within forms of Black music in US culture? Jafa’s films have garnered acclaim at the Los Angeles, New York and Black Star Film Festivals and his artwork is represented in celebrated collections worldwide including The Metropolitan Museum of Art, The Museum of Modern Art, The Tate, The San Francisco Museum of Modern Art, The Studio Museum in Harlem, The High Museum Atlanta, The Dallas Museum of Art, The Museum of Contemporary Art in Chicago, Stedelijk, Luma Foundation, The Perez Art Museum Miami, Los Angeles Museum of Contemporary Art, The Hirshhorn Museum and Sculpture Garden; and the Smithsonian American Art Museum, among others. Jafa has recent and forthcoming solo exhibitions of his work at the Pérez Art Museum Miami; the Berkeley Art Museum and Pacific Film Archives; Galerie Rudolfinum, Prague; Moderna Museet, Stockholm; and the Louisiana Museum of Art, Denmark. In 2019, he received the Golden Lion for the Best Participant of the 58th Venice Biennale “May You Live in Interesting Times.”

Mark Godfrey is a British art historian, critic, and curator. He was previously senior curator of international art for Tate Modern, where he co-curated the 2017 exhibition Soul of a Nation: Art in the Age of Black Power and most recently organised retrospectives on Franz West and Olafur Eliasson. He formerly held the post of lecturer in History and Theory of Art at The Slade School of Fine Art, University College London. He has written exhibition catalogue essays on the work of Tacita Dean, Matthew Buckingham, Sharon Lockhart, Fiona Tan, and Eva Hesse, and a survey essay for the Phaidon monograph on Anri Sala. He has curated exhibitions for Catherine Yass, Douglas Huebler and Matthew Buckingham. He is the author of Abstraction and the Holocaust, 2007 and is currently researching a monograph on Alighiero E. Boetti.