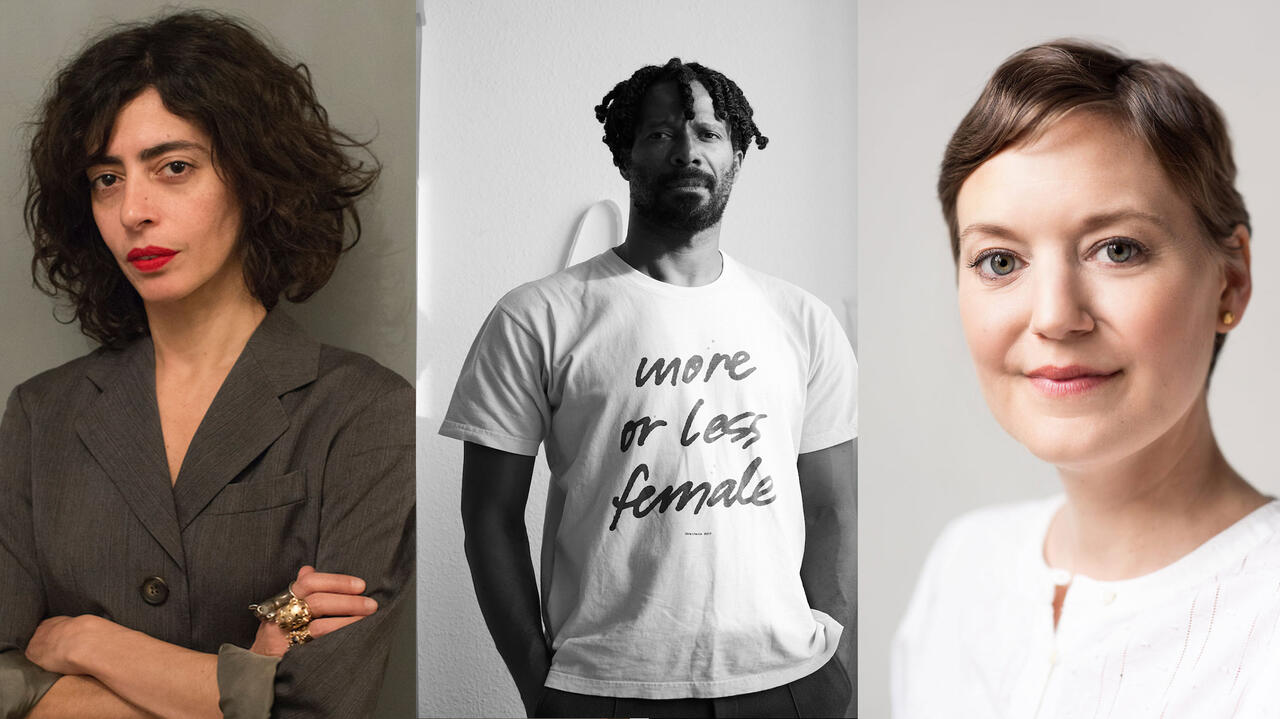 Watch full the full talk below

Jimmy Robert's (b.1975, Guadeloupe) multidisciplinary practice encompasses performance, photography, film and collage, frequently collapsing distinctions between these mediums. Robert's interest in how the body can be personified through materials and the reverse is a force that integrates his longtime work with performance with his larger practice. Robert has choreographed performance within exhibition spaces, in relation to existing architectural structures, as well as restaging, reframing or sampling historical performances. The frequent citation of moments from art history, film and literature is characteristic of his deeply layered narratives. Robert was the subject of a mid-career survey at Nottingham Contemporary in 2020. This exhibition is currently on view at Museion, Bolzano until 29 August and will travel to CRAC Occitanie, Sète in October 2021. His most recent performance ‘Joie Noire’ premiered in 2019 at KW Institute of Contemporary Art, Berlin and travelled to Kaaitheater, Brussels. Robert’s performances have also been presented at Tate Britain, London; MoMA, New York and Migros Museum, Zurich. Recent solo exhibitions include The Hunterian, Glasgow (2021); La Synagogue De Delme, France (2018); Museum M, Leuven (2017); Power Plant, Toronto (2013); Museum of Contemporary Art, Chicago (2012); and Jeu de Paume, Paris (2012). Currently, he is participating in ‘Balade’, Charlottenburg. His film ‘Cruising’ is screening at Delphi Filmpalast every Saturday, from 11–1pm, until 22 August 2021. His work is also included in the group exhibition ‘Wild Frictions’ at Kunstraum Kreuzberg until 19 September 2021. Robert will participate in the 6th Ural Industrial Biennial in September 2021 and the Aichi Triennale in Summer 2022. He will have solo exhibitions at Künstlerhaus Bremen in February 2022 and Kunsthalle Baden-Baden in Autumn 2022.  Jimmy Robert currently lives and works in Berlin.