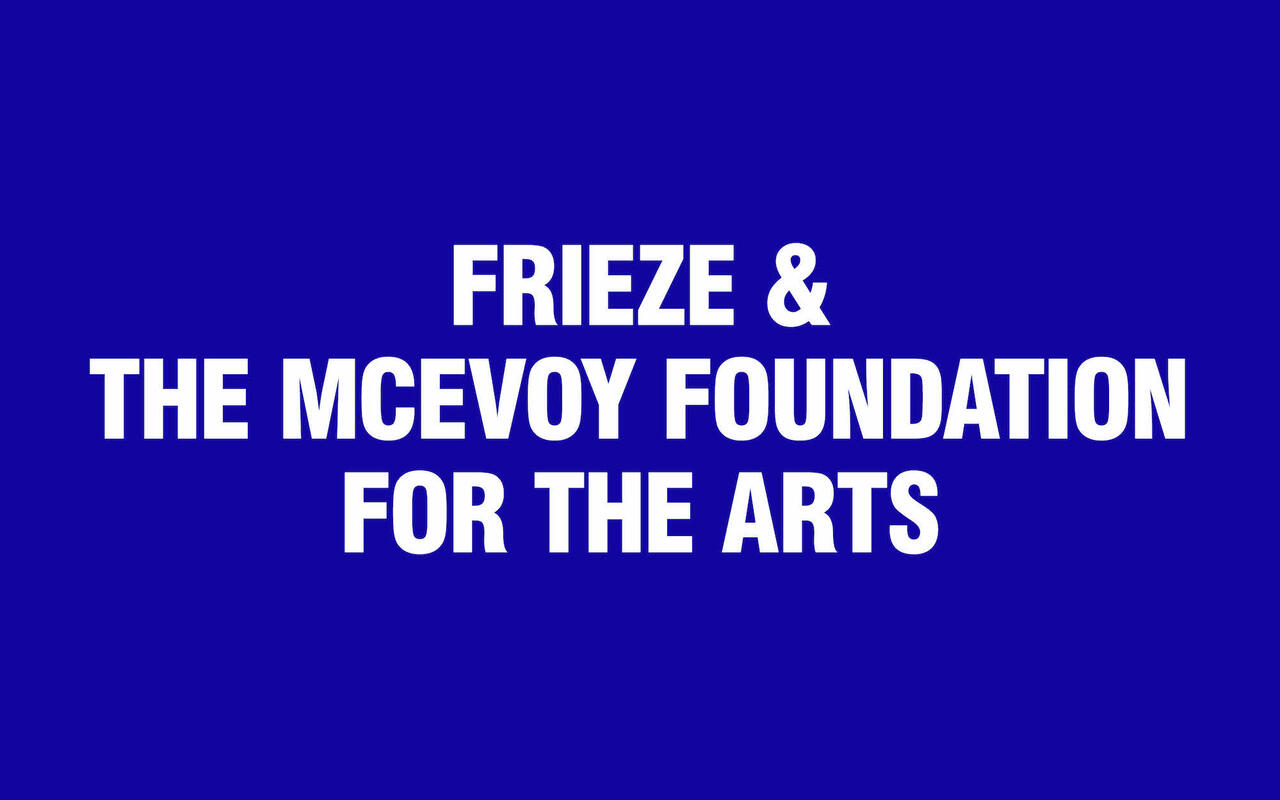 The program focuses on the relationship of the academy to racial politics, and address the ways in which universities play a key role in changing the landscape of social justice by inspiring radical art practice.

This conversation highlights Lessons of the Hour—Frederick Douglass (2019), Julien’s genre-breaking, ten-screen film installation about the abolitionist (1818–1895), as a nexus of citizenship, rights, and the present moment’s witness to the resurgence of white supremacy. Nash’s accompanying exhibition at McEvoy Arts, When Living as a Protest, features selections from the McEvoy Family Collection that bring Julien’s work further into focus through a range of modern and contemporary images from the civil rights era to the present day. González, who has written widely on Julien’s practice, contributed a new interview with the artist for the exhibition.

Isaac Julien, CBE RA (b. 1960) is an artist, filmmaker, and educator whose multi-screen film installations and photographs incorporate different artistic disciplines to create a poetic and unique visual language. Solo exhibitions of his work have been held at ARoS Aarhus Kunstmuseum, Denmark; The Royal Ontario Museum, Toronto; MAC Niterói, Rio de Janeiro, Brazil; the De Pont Museum, Netherlands; Museum of Modern Art, New York; the Art Institute of Chicago; Pompidou Centre Paris; and MoCA Miami. He has exhibited at the La Biennale de Venezia, Johannesburg Biennale, Moscow Biennale of Contemporary Art, and Shanghai Biennale. Julien is the recipient of The Royal Academy of Arts Charles Wollaston Award 2017 and was appointed a Commander of the Order of the British Empire (CBE) in 2017. He is currently a Distinguished Professor of the Arts at the University of California, Santa Cruz, where he is developing the Isaac Julien Lab. He lives and works in London and Santa Cruz.

Mark Nash is an independent curator, film historian and filmmaker with a specialization in contemporary fine art moving image practices, as well as avant-garde and world cinema. He has curated or co-curated moving image exhibitions at the Museo Civico Archeologico and Artefiera Bologna; Minsheng 21st Century Art Museum, Shanghai; ZKM, Karlsruhe; and MUSAC, Leon. He collaborated regularly with the late Okwui Enwezor, including on Documenta11 and on The Short Century: Independence and Liberation Movements in Africa, 1945–1994 at MoMa PS1, New York. Nash previously served as Head of Department for Curating Contemporary Art at the Royal College of Art in London and is currently a professor at the University of California, Santa Cruz, where he founded the Isaac Julien Lab with Julien, his partner and long-time collaborator. He holds a PhD from Middlesex University, a MA from Cambridge University, and lives and works in London and Santa Cruz, CA.

Jennifer González is a writer and scholar on contemporary art with an emphasis on installation, digital, and activist art. In her work, she explores the strategic use of space by artists and institutions, and the representation of the human body and its relation to discourses of race and gender. González has published in Frieze, Bomb, Diacritics, Camera Obscura, Open Space, and Art Journal. She is the author of two books: Subject to Display: Reframing Race in Contemporary Installation Art (Boston, MA: MIT Press, 2008), and Pepón Osorio, (Minneapolis, MN: University of Minnesota Press, 2013). González is professor in the History of Art and Visual Culture at the University of California, Santa Cruz, and also teaches at the Whitney Museum Independent Study Program, New York. She sits on the Board of Directors at McEvoy Foundation for the Arts and lives and works in Santa Cruz, CA.

Terence Trouillot is associate editor at frieze magazine, and prior to that was an associate editor at Artnet News. He is a contributing editor at BOMB and has written about contemporary art and visual culture for magazines including BOMB, Momus, The Brooklyn Rail, The Village Voice, Arts.Black, Artnet News, Art in America, Artforum, art-agenda, and Eye on Design, among others. In 2019, he was appointed to the board of AICA-USA, the International Association of Art Critics. In 2015 he was BOMB magazine’s Oral History Fellow, where he acted as the primary editor of BOMB's Oral History Project—a unique series of one-on-one interviews with New York-based African American artists, curators, and cultural figures. In 2014, he received an MFA in Art Writing and Criticism from the School of Visual Arts in New York, where he wrote his thesis on social practice and the Austrian art collective WochenKlausur. He lives in New York City.

More information about McEvoy Foundation for the Arts HERE