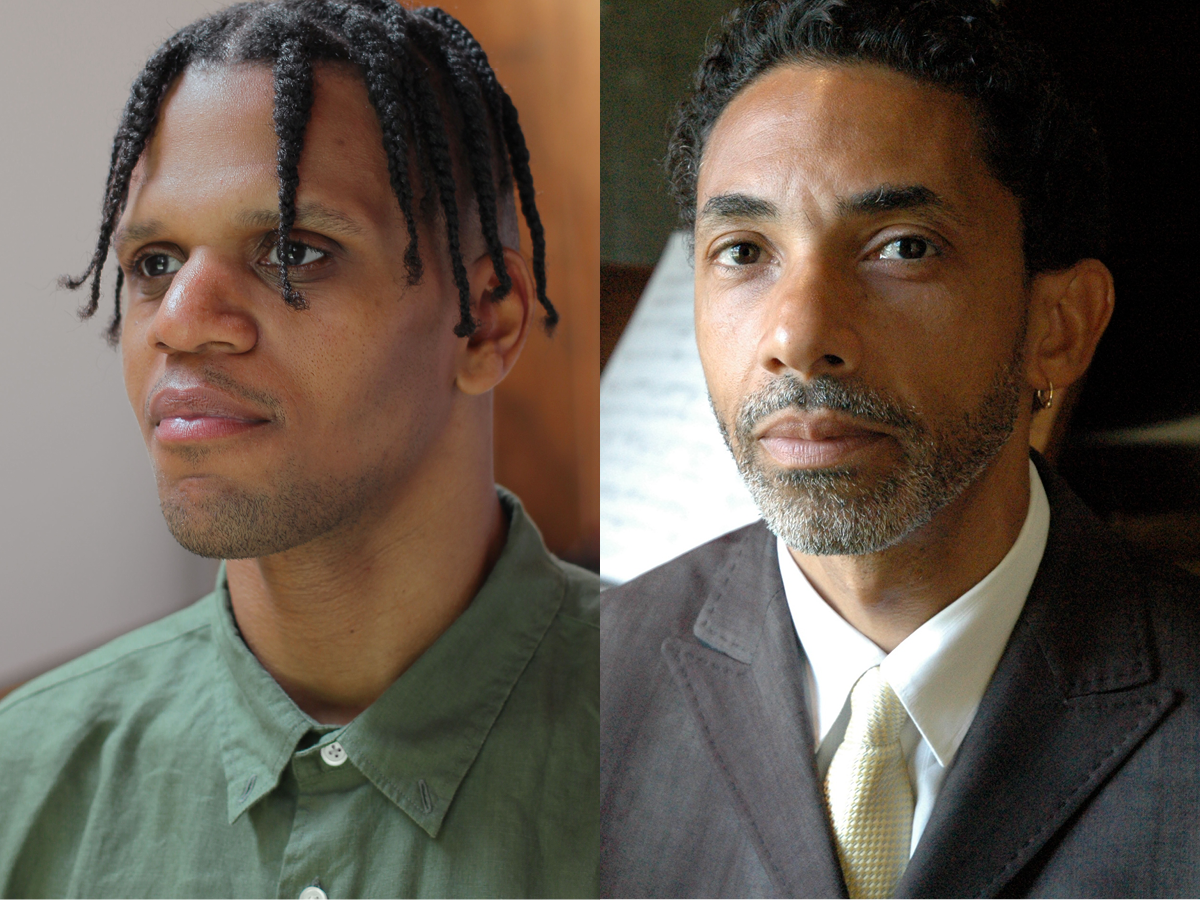 American Artist (b. 1989 Altadena, CA, lives and works in New York) is an artist whose work considers black labor and visibility within networked life. Their practice makes use of video, installation, new media, and writing. Artist is a resident at Red Bull Arts Detroit and a 2018-2019 recipient of the Queens Museum Jerome Foundation Fellowship. They are a former resident of EYEBEAM and completed the Whitney Independent Study program as an artist in 2017. They have exhibited at the Museum of African Diaspora, San Francisco; the Studio Museum in Harlem; Museum of Contemporary Art Chicago, and Koenig & Clinton, New York. Their work has been featured in the New York Times, Artforum, and Huffington Post. They have published writing in The New Inquiry and Art21. Artist is a part-time faculty at Parsons School of Design and teaches critical theory at the School for Poetic Computation. Uses pronouns “THEY”

Robin D.G. Kelley is the Gary B. Nash Endowed Chair in U.S. History at UCLA. His books include, Thelonious Monk: The Life and Times of an American Original (2009); Africa Speaks, America Answers: Modern Jazz in Revolutionary Times (2012); Freedom Dreams: The Black Radical Imagination (2002); Race Rebels: Culture Politics and the Black Working Class (1994); Yo’ Mama’s DisFunktional!: Fighting the Culture Wars in Urban America (1997); and Hammer and Hoe: Alabama Communists During the Great Depression (1990). He is currently completing two books, Black Bodies Swinging: An American Postmortem and The Education of Ms. Grace Halsell: An Intimate History of the American Century (both forthcoming Metropolitan Books).