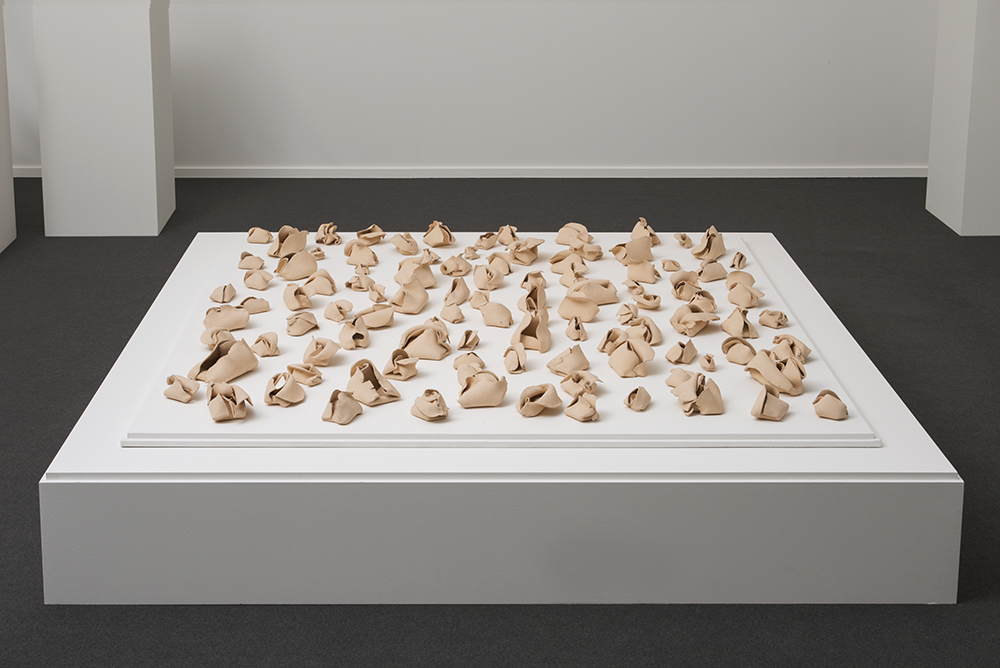 Works spanning three decades by the pioneering feminist artist include the familiar – performance stills of Wilke using her body as a malleable, mouldable substance; arrangements made with clitoral buds of chewing gum – and the unexpected.

Chief among these are a trio of paintings from the early 1960s not shown since Wilke’s death in 1993. Using delicate, sherbet shades, Wilke unites crisp geometric panels with anthropomorphic forms suggesting the contorted female body. In their flattened abstracted approach to the feminine body, there’s a hint of Evelyn Axelle and perhaps Maria Lassnig, but the palette is disconcerting. Those colours are the commercial shades of soft ultra femininity: sanitary towel packaging, baby clothes, talc.

The tones are picked up in some of the glazes later used by Wilke in her folded labial sculptures, here shown not only in ceramic but also bronze, raw terracotta and latex. A large pinned many-petalled sculpture in muscle-red latex hangs like an altarpiece in the side room showing smaller, early works on paper, swimming with suggestive forms.