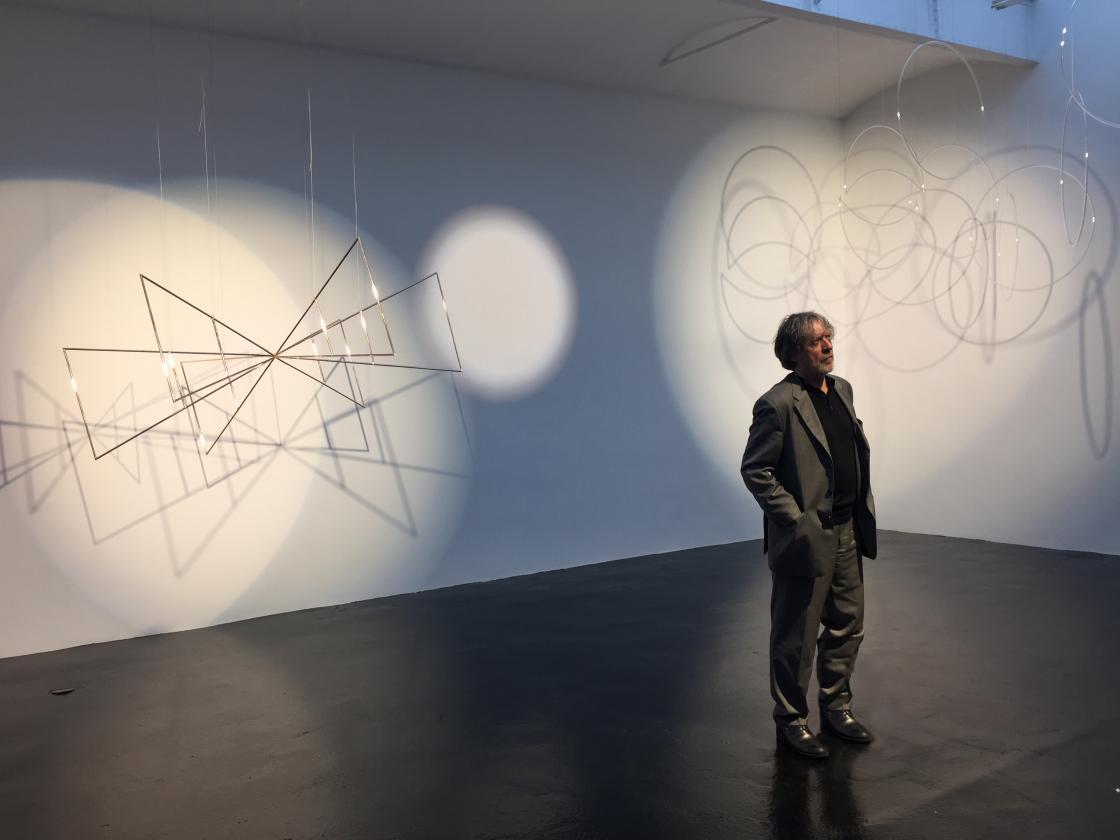 A performative speech carried out by ‘an actor and a robotic tortoise,’ according to the press material, is at the heart of this show, so it’s advised to check with the gallery for performance times. In the script, García Torres takes on two philosophical paradoxes – conceptual notions in the foundations of mathematics – and enlivens them for the layperson through an anecdotal narrative recounting life-changing moments and encounters. A video installation shown in a separate space in the gallery complements the performance. There, García Torres has appropriated found photographs of Mario Merz showing the artist dancing, captured on different occasions throughout his life, and set them to an original score by Mauricio Hernandez Davila. The composition follows another mathematical concept, the Fibonacci Sequence, and Merz’s movement are animated according to the music’s surreal progression. The show’s title, ‘Not to belong to themselves’, which could easily form the first half of an existential Haiku, is in fact taken from Bertrand Russell’s famous paradox. It indicates García Torres’s effort to reconcile the concepts of infinity and continuity inherent to the mathematical propositions with life’s biggest questions.