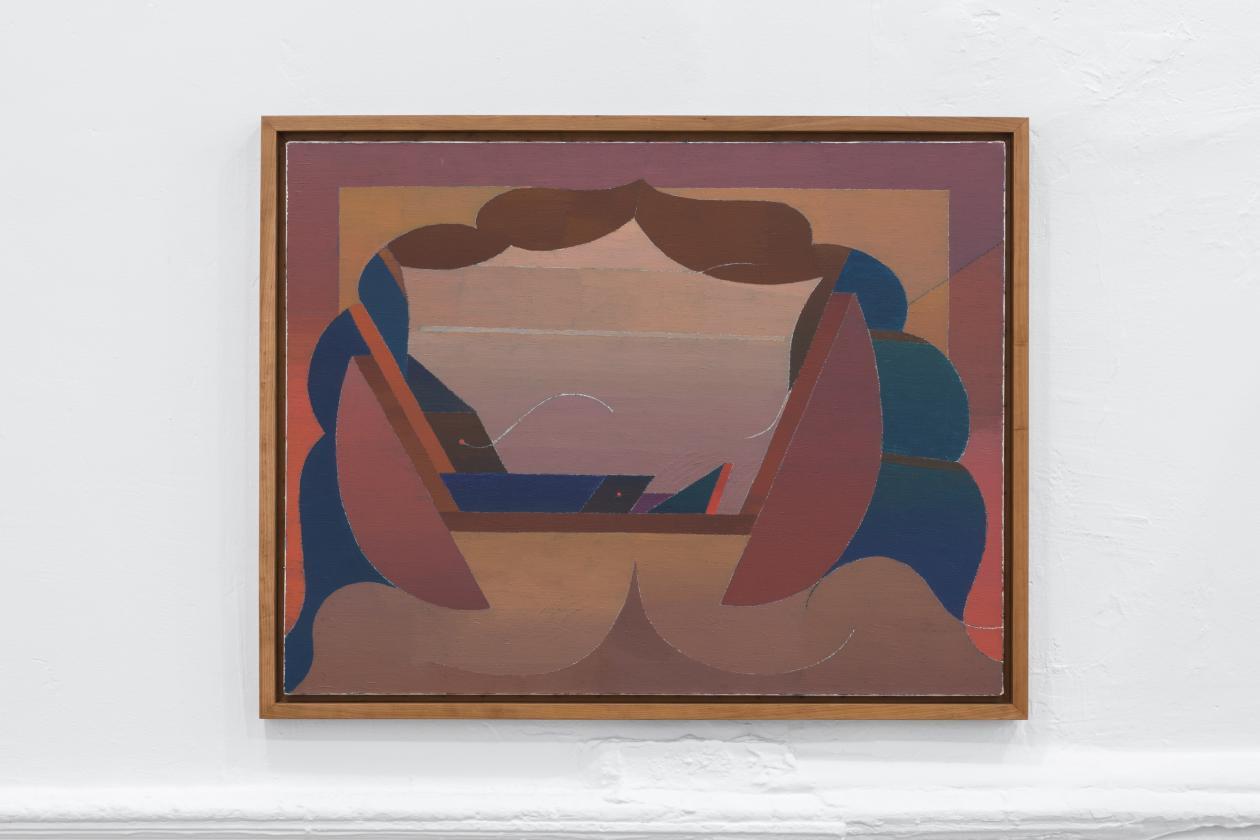 This year marks the centenary of Miyoko Ito’s birth, on 27 April 1918, in Berkeley, California. In a perfect world, this date would have received more attention than it did, with celebrations of this unjustly under-known painter’s curious, abstract paintings, made mostly when she was living in Chicago and rarely shown outside that city. ‘Heart of Hearts’ builds on a concurrent retrospective exhibition ‘Matrix 267’ at the University of California’s Berkeley Art Museum, and takes a closer look at Ito’s work from the 1970s and early-’80s, near the end of her life. (The artist died in 1983.) Working around the time of Chicago Imagism, Ito’s paintings nod to the group’s design-y, humorous tableaux while providing a more sombre, challenging visual cosmology of ovular and cylindrical shapes arranged like slatted furniture, walls and suggestive windows that view some southwestern dream world, in desert reds, yellows and oranges. The paint is thinly applied to canvas, which, at Artists Space, are sometimes torn at the seams – likely, it seems, from lack of care on the part of a collector than from the artist’s intention. Nails are driven only partially into the stretcher bars, and jut starkly out of the sides of some paintings, as in Todoroki (1974). While each painting (varying in size; averaging around 50 x 50 cm) is an unmistakable masterpiece, the connections they attempt to bridge between an outside and an inside, furniture and room, room and house, house and world feel necessarily incomplete, blurred, undone. This suggests there is more to be imagined.