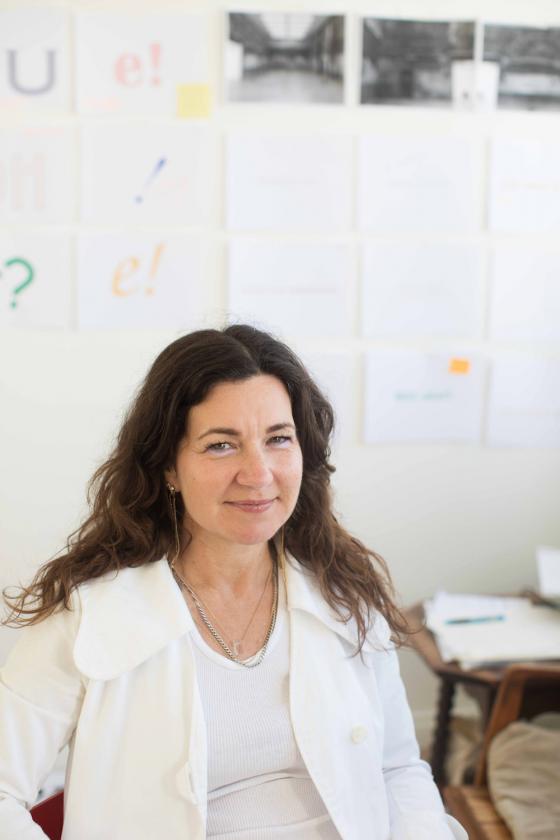 Our first contestant is Frances Stark for whom punk is of seminal importance. Her tastes overall, however, prove far more catholic. Her most ambitious project to date was a “pedagogical opera” resulting in a text-based, digital film adaptation of Mozart’s The Magic Flute, and her eyes light up at the mention of Charles Mingus. Though we’ll be testing Stark’s ear for song, given her interest in literature, we'll place equal emphasis on lyrics.

This event is part of Frieze Talks.

Frances Stark’s drawings, collages, videos, PowerPoint presentations, performances, and paintings have been extensively exhibited in museums and galleries worldwide. In 2017 a new suite of her paintings were included in the Whitney Biennial, her cinematic opera, The Magic Flute, premiered at LACMA, and an earlier work was featured in the Venice Biennale. In 2015, Stark’s sprawling mid-career survey, UH-OH: Frances Stark 1991-2015, opened at the Hammer Museum, Los Angeles before traveling to the Museum of Fine Arts, Boston. That same year Stark was the subject of a solo exhibition titled, Intimism, a survey of her video and digital works at The Art Institute of Chicago. In addition to being the author or subject of several books, Stark’s work has been recently included in prominent exhibitions such as the 2013 Carnegie International, the 2011 Venice Biennale, and the 2008 Whitney Biennial. Stark’s The Magic Flute was recently screened at the Museum of Modern Art and featured in her third solo exhibition at Gavin Brown’s enterprise.

She was born in 1967 in Newport Beach and currently lives and works in Los Angeles, California.