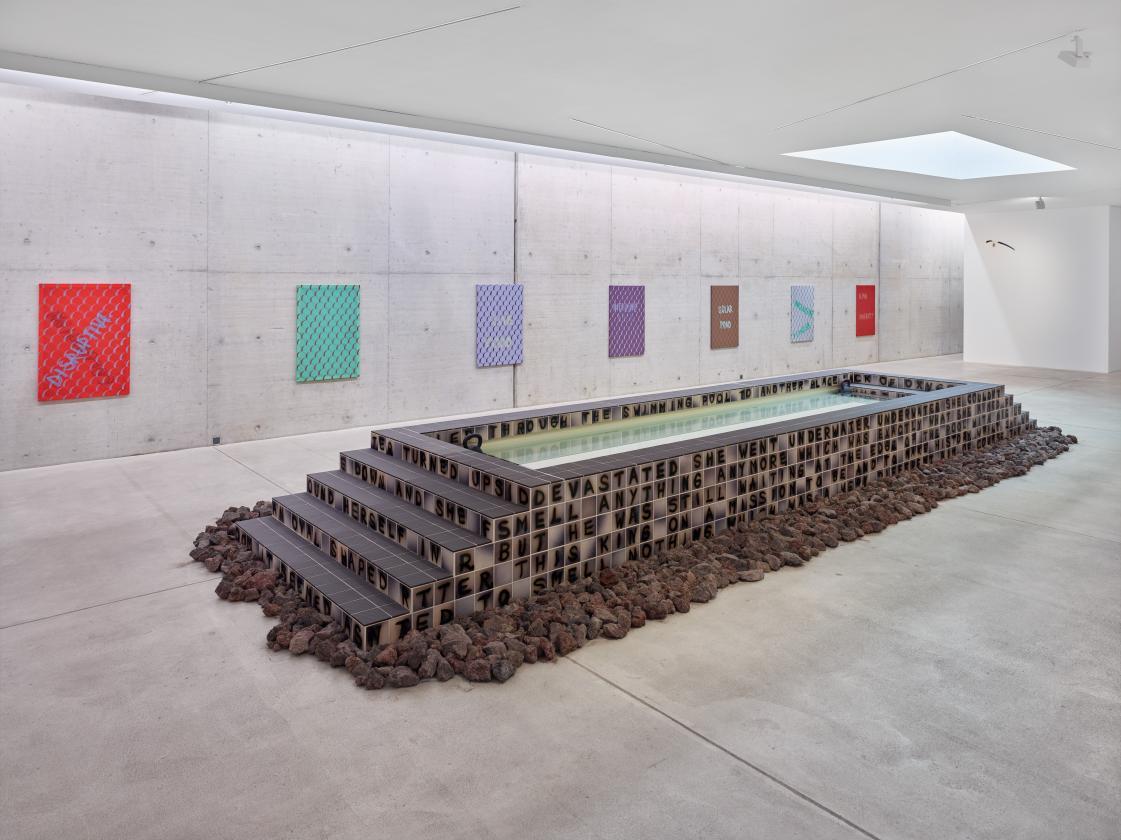 At KIT (Kunst Im Tunnel), an unused tunnel under the Rhine, Natalie Häusler makes use of the special spatial situation to create a kind of idyllic underwater garden. The central work is the 10-metre long Kneipp basin Bethsabée reste au bains ((Bathsheba at her Bath, 2018), whose outer tiles make up a text that can be read by walking round the basin several times. But the story can also be followed on headphones: the artist has rewritten the biblical story of Bathsheba and David to give the woman an active role in rejecting the horny voyeuristic King. Loving the motor-cycle (2017) also speaks of the difficulty of obsessions. Visitors sit on a stationary Honda racing bike listening to a kind of podcast in which Häusler and a friend talk about her friend’s young daughter who has a fascination with motorbikes, at the same time as being insanely scared of them. I won’t give away whether or not little Ada overcomes her fear. Suffice to say that even in the garden of desire, every rose has its thorn.