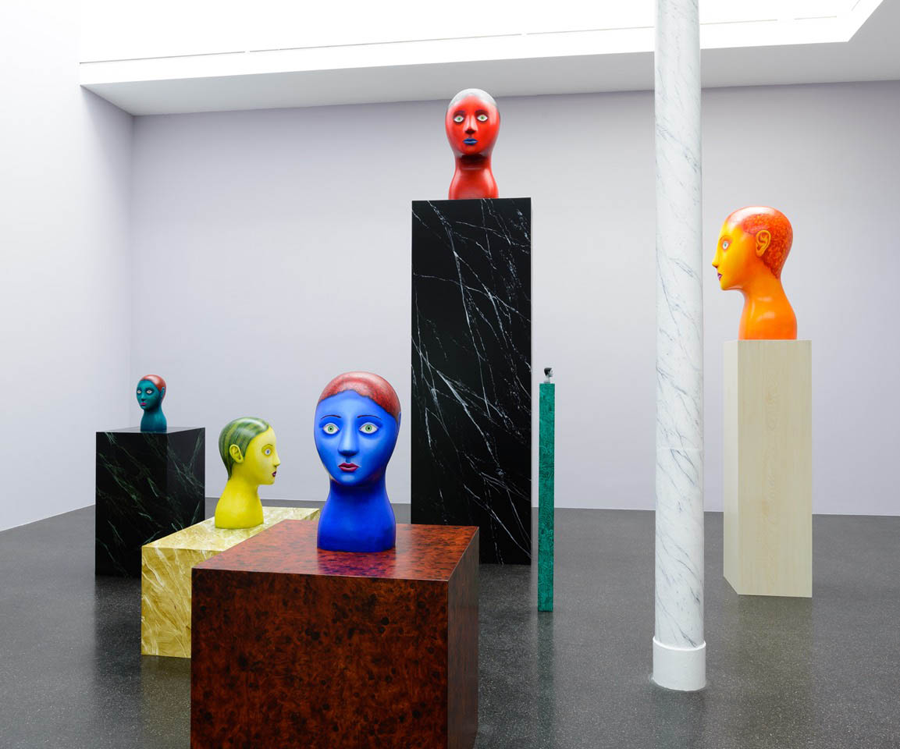 At Modern Art Oxford last winter Nicolas Party crowded five immense, decapitated heads into a gallery for his first purely sculptural exhibition. Since April a single violet-skinned and green-haired head and neck stands like an oversized skittle outside The Modern Institute in Glasgow. Now Party sets out a clear conversation between this recent strand of work and the classical sculptural tradition. Seven simple heads of varying sizes stand atop seven plinths painted to resemble differing materials. Sometimes the ratios make sense, sometimes they are absurd. Being Party works, these are intensely brightly painted, androgynous faces, and the dialogue reminds us that painted sculpture was the classical tradition, not a novelty.

You cann’t miss Wade Guyton’s exhibition at Francesca Pia next door, and also worth a mention is another Staiger artist, Florian Germann, and his contribution to Zürich’s programme of events and exhibitions commemorating the 500th anniversary of Zurich’s Protestant Reformation. Germann is endlessly curious about how energy is transferred through different processes with differing outcomes, so his starting point for an exhibition at the University of Zürich was a mention, in correspondence from the reformer Heinrich Bullinger, of the city’s Grossmunster cathedral being struck by lightning in a storm. Where Germann’s meandering musings on meteorological events take him, and take form, is never predictable.