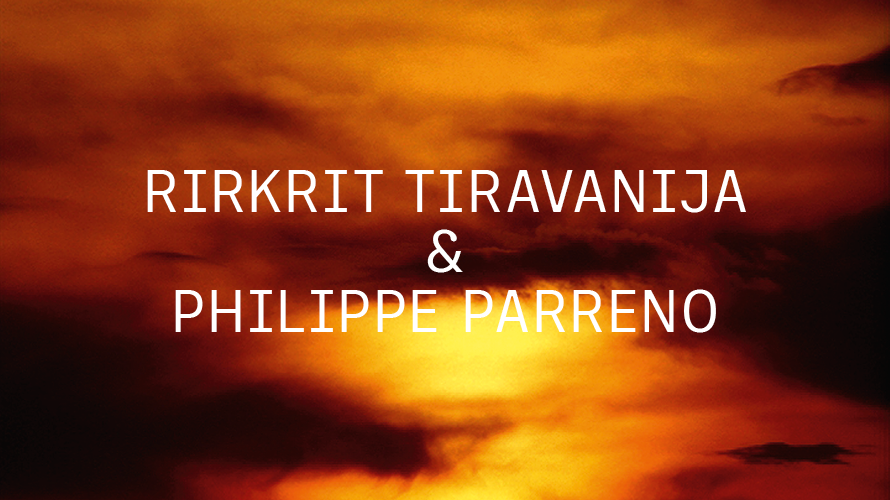 Enjoy this video recording as part of your Frieze membership

Rirkrit Tiravanija is known for a practice that overturns traditional exhibition formats in favour of social interactions through the sharing of everyday activities such as cooking, eating and reading. Tiravanija is on the faculty of the School of the Arts at Columbia University, New York, USA, and is a founding member and curator of Utopia Station, a collective project of artists, art historians, and curators. He also helped establish an educational-ecological project known as The Land Foundation, located near Chiang Mai, Thailand.

Philippe Parreno is an artist based in Paris, France. He radically redefined the exhibition experience by taking it as a medium, placing its construction at the heart of his process. Exploring the possibilities of the exhibition as a coherent ‘object’ rather than a collection of individual works, it becomes an open space, a format that differs on each occasion and a frame for things to appear and disappear.