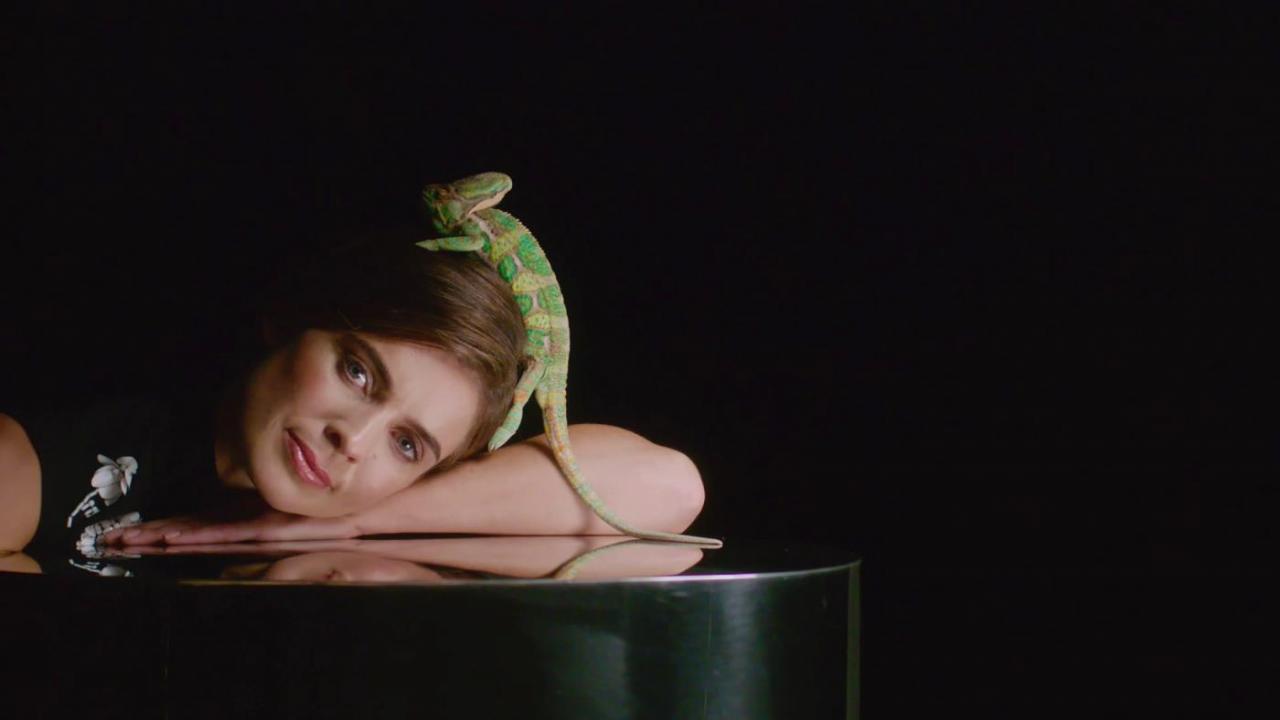 In 2011, Joanne Salley resigned from her position as an art teacher at the prestigious Harrow public school for boys after private topless pictures were discovered by a pupil, circulated among students, and finally picked up by the British tabloids, which dubbed her the ‘Topless Teacher’ – a moniker that stuck. Simon Fujiwara, who happens to be her former student, collaborated with Salley on the creation of a new branding campaign in an attempt to regain some control over her public image. The former educator – who’s also a model, actress, and a semi-professional athlete – would become ‘Joanne,’ with professional consulting by a branding agency. ‘In order to change the narrative we have to change the author,’ we hear a marketing agent’s pitch in the sleek 13-minute film Fujiwara presents at the core of the show. Perhaps the strongest trait of this work is how much viewers struggle with Fujiwara’s use of strategic visuals: the manicured athleisure campaign Joanne stars in, the perfectly styled bedhead hair in Joanne’s intimate, confessional smartphone videos – we’re clever enough to see through these marketing strategies, right? Ultimately, this is a challenging exercise in empathy: as a victim of gender-biased injustice, we have no problem getting behind Joanne. However, her über-professional attempt at changing the conversation from ‘Topless Teacher’ to ‘Charity Marathon Runner,’ rather than, say, ‘Survivor’ is not an option afforded to her by everyone. The work was created in 2016, pre-#metoo. And it is a clever and thought-provoking commentary on gender bias in our mediated everyday lives – and in our heads.