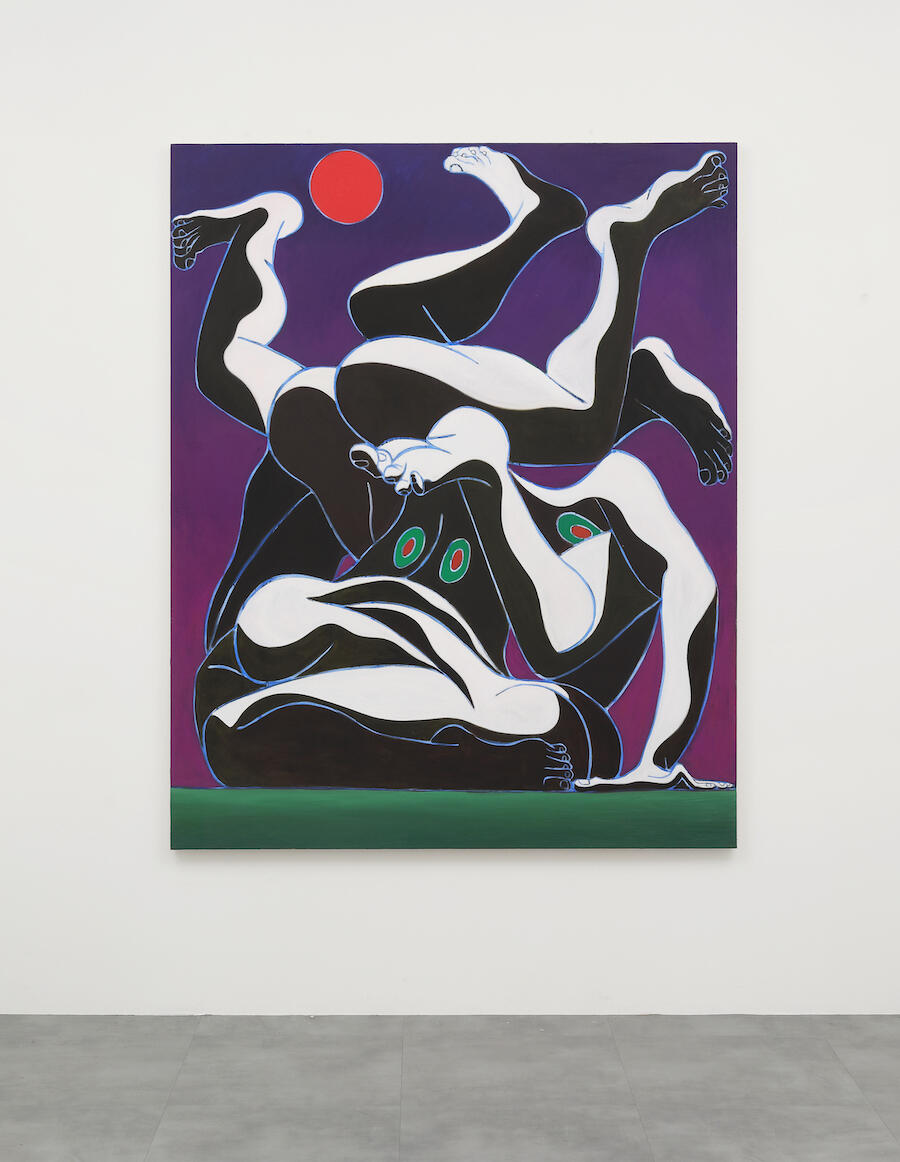 Mark Yang paints the figure but isn't interested in telling a story, so he uses the human figure as a conceptual off-ramp. His paintings concern how we entwine, interact with, and read other human beings.

He avoids depicting faces in favour of ambiguity and a slower visual read. His figures are male, female, and sometimes gender neutral. They are not sexualised – Yang is painting what’s in front of him, using himself as a quotidian model. In fact, he exaggerates male nipples and turns them into formal elements which frequently resemble eyes looking back at the viewer.

Frequently, the viewer can't discern which limb is connected to which body. Sometimes, in Yang’s paintings, one sees gratuitous limbs, all tangled up, but still communicating through expressions, gestures, and postures.

Yang renders each form in an idiosyncratic, angular, graphically stylised manner. His palette consists of dark purples, acid greens, bright pops of yellow and orange and red. He combines fluid gestures, and undulating lines to create entangled, mysterious, asymmetric compositions that don’t immediately give away the plot.

Body language can be ambiguous, as can humans. At the end of the day, Yang’s paintings explore the complexities and challenges of reading other human beings – a conceptual puzzle most of us are confronted with on a daily basis.