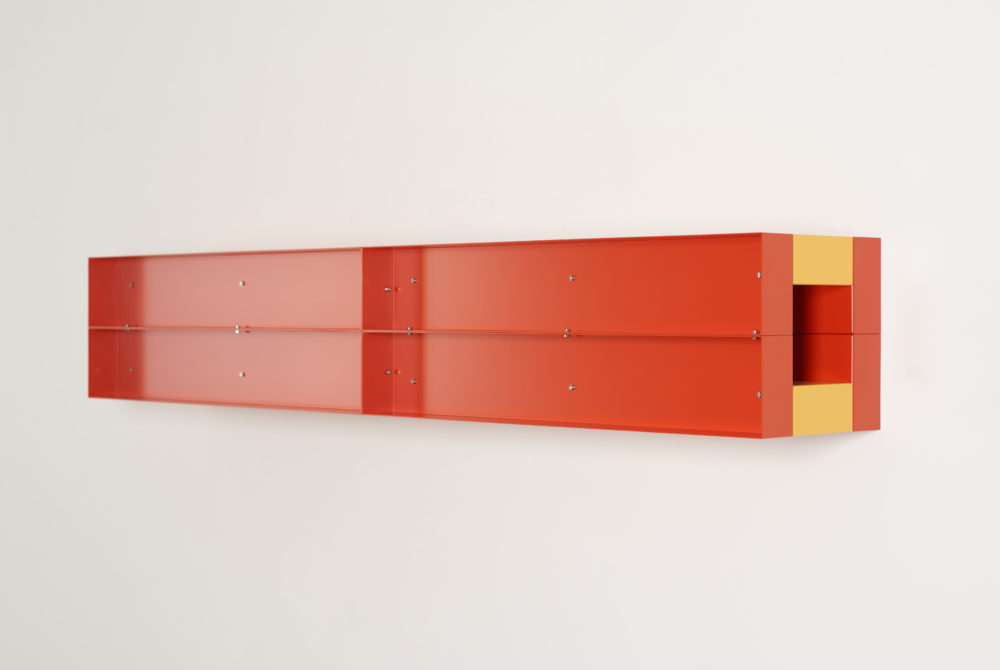 Unfurling across Galerie Greta Meert’s three floors, ‘Wiggle’ showcases the work of 15 international artists who use sculpture to interrogate the notion of materiality beyond simple denotation. Donald Judd uses stacks and blocks to create non-referential works of art while Terry Adkins assembles locally found objects such as musical instruments and reintroduces them as resounding installations. Katinka Bock experiments with natural materials, using clay ceramic liquid and webbing to articulate thoughts on history and geography and on the other end of the spectrum, Diane Simpson’s work transfigures clothing, furniture and industrial architecture into sculptures that are an observation of the architectonic vs. the domestic. Countering painter Ad Reinhardt’s modernist joke that a sculpture is a thing that you ‘bump into while you back up to look at a painting’, the group show pushes back against convention, giving the form more leeway than tradition has previously allowed.