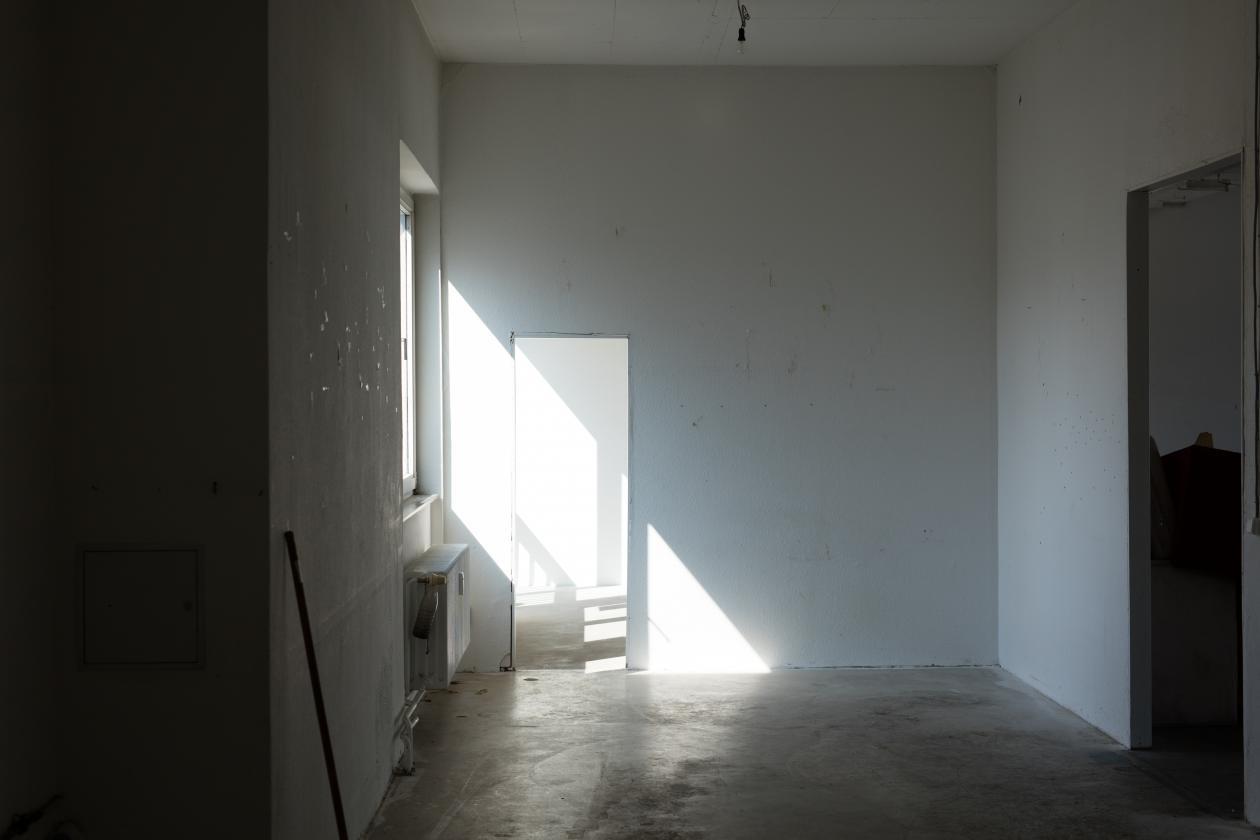 How does one have a new photography show in a world that moves terribly fast and is entirely over-photographed? Wolfgang Tillmans asks a similar question with his new, enveloping exhibition ‘How likely is it that only I am right in this matter?’ which brings together Tillmans’s photographs with a suite of three videos, Rebar (2018), and a sound installation, I want to make a film (2018). It’s in the sound-recording that, perhaps, Tillmans’s desire to make sense of an oversaturated world is heard most clearly: in a dimly lit, carpeted room, visitors can sit on chairs as they listen to a disembodied male voice spewing an unscripted monologue about plans for a film about smartphones. In the rest of the gallery spaces, this impulse is drawn on, and Tillmans’s close-up photographs of friends, fabrics, sand, ice, and the guts of cars sparsely adorn Zwirner’s walls. Among these images is a series of abstract photographs, ‘Silver’ (2014–ongoing), that seems to tie Tillmans’s interest in the erotics of domestic, architectural and gay spaces together. For these chromogenic prints, all hung at eye-level, Tillmans feeds paper through a darkroom processor until the process itself produces a rhythm: the developing liquid itself acts as the photograph’s forming agent. In a world like this one, we all, like Tillmans’s alchemical agents, need something to cling to.