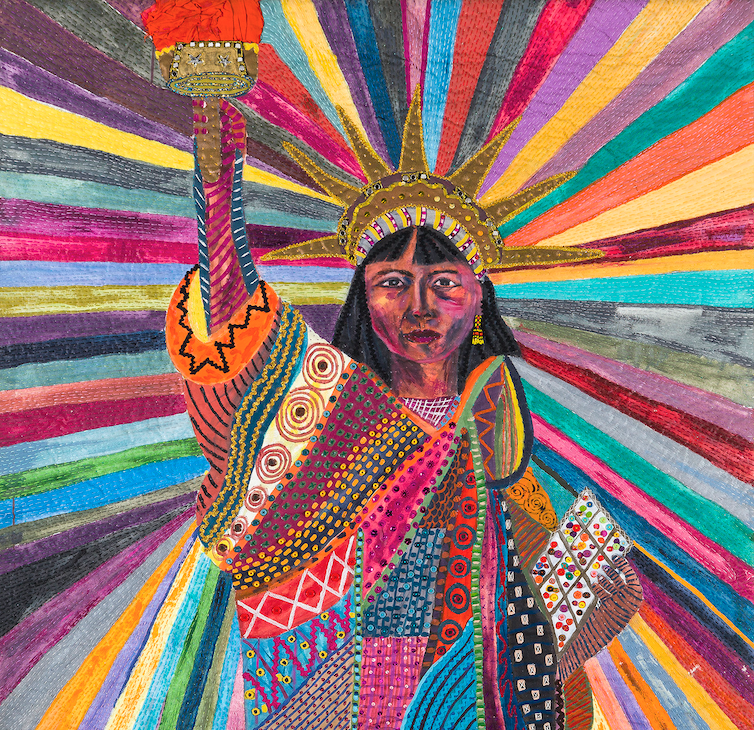 Together these eight solo presentations will make visible the histories and continuous legacies of the colonial catastrophe, from the economies around textiles to current forms of exploitation and political complicity, as well as point to the various languages available to artistic practice in this critical effort. - Cosmin Costinas

New for Frieze London, Woven brings together artists including Mrinalini Mukherjee, José Leonilson and Angela Su whose practices are informed by rich and complex art genealogies, revealing the many ways in which contemporary art is entangled with a plurality of traditions.

The international artists featured in Woven are of different generations – from Brazil, the Philippines, China, India and Madagascar – and are working with vernacular, indigenous, or underground traditions, employing textiles and weaving, either in a direct way or as an expanded exploration of this fertile medium.

Selected by Cosmin Costinas, writer, critic and Executive Director/Curator of Para Site (Hong Kong), the participating artists and galleries in Woven are: