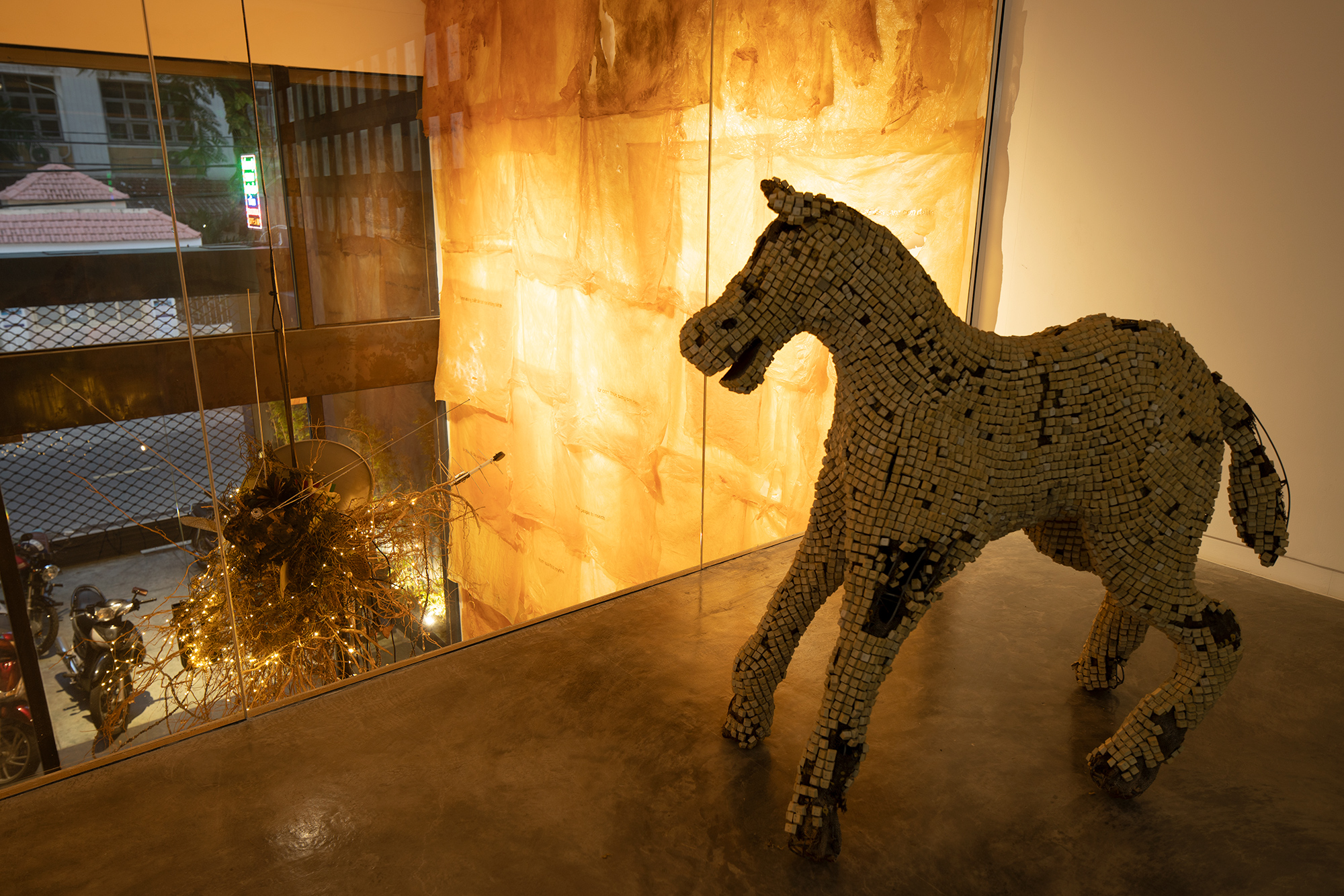 Recognized as Vietnam’s leading contemporary art gallery, Galerie Quynh has been promoting contemporary art practice in the country for over two decades. The gallery is known internationally for its consistently focused programming and educational initiatives. Working with a select group of emerging, mid-career and established Vietnamese artists, the gallery also exhibits the work of distinguished artists from around the world.

In keeping with its mission to develop a sustainable ecosystem for the arts in Vietnam, the gallery collaborates with artists, curators, museums and art spaces locally and internationally to organize talks and lectures as well as to produce publications in English and Vietnamese. In May 2014 the gallery founded the not-for-profit educational initiative Sao La directed by artists Tung Mai and Nguyen Kim To Lan. Sao La has since evolved into an independent artist collective spearheaded by To Lan and Dalat-based artist Nguyen Duc Dat. In summer 2020 with support from the Goethe-Institut, the gallery launched the not-for-profit CáRô, an educational initiative that provides art education for students aged 13 – 18 who show demonstrative interest in the arts.

In December 2017 the gallery moved to Dakao, District 1. Spread over four floors totalling 600 m2, the gallery is able to produce more ambitious programming and play an even more vital role in the cultural community in Vietnam.

Quynh Pham, the gallery's Founder and Director, was born in Danang, Vietnam and relocated to the USA as a refugee at the end of the Vietnam War. Raised in California, she studied Art History/Criticism at the University of California, San Diego. She has been involved in the arts for over 30 years with experience working in galleries and museums such as the Arthur M. Sackler Gallery at the Smithsonian Institution in Washington D.C. and the Museum of Contemporary Art, San Diego. In 1997 Quynh returned to Vietnam to research the country's art scene and in 2000 established an online resource of Vietnamese art. Our physical gallery space opened in December 2003.