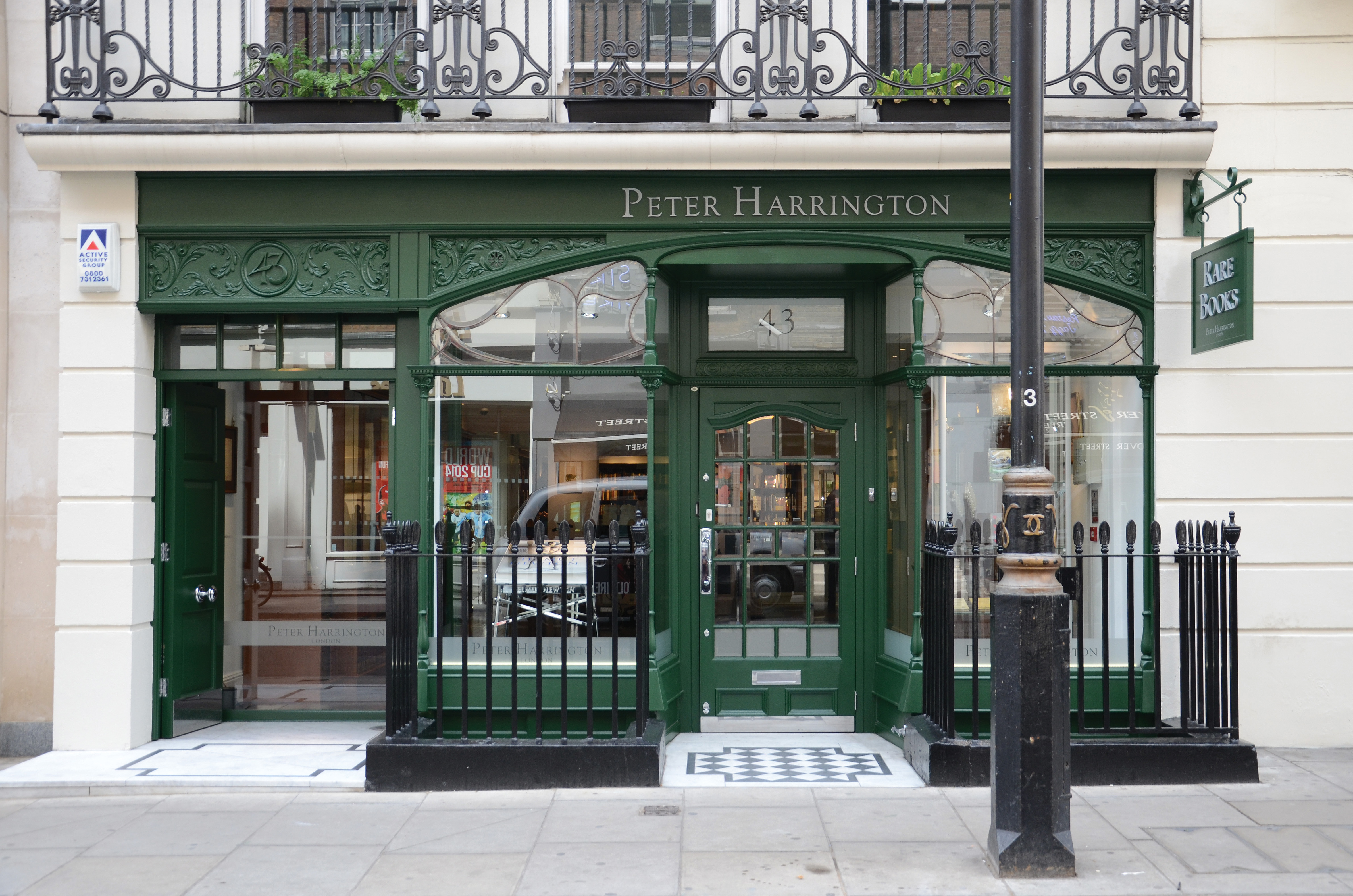 Since its establishment in 1969, Peter Harrington has specialised in sourcing, selling and buying the finest quality original first editions, signed, rare and antiquarian books, fine bindings and library sets.

One of the leading rare book dealers in the world and the largest antiquarian book dealer in Europe, Peter Harrington has, for over half a century, dealt with a stock of thousands of fine books from rare seventeenth-century Shakespeare folios to highly sought-after contemporary classics such as signed and inscribed first editions of the Harry Potter series.

Peter Harrington operates two stores in London – a flagship double-fronted store in Chelsea with more than 20,000 volumes and 6,000 works on paper displayed over four floors, and a store on Dover Street in the West End of London which offers a carefully curated selection of its best stock in a gallery-style environment. As highly respected authorities in their fields, its team of rare book specialists are regularly called upon to advise individual and institutional collectors around the world seeking to enhance their collections and build specialist libraries on niche topics ranging from everything from jazz, climate change and feminist writers, to early travel literature from the Middle East, the Far East, Central Asia and the Pacific as well as landmark literary, economic and philosophical works.

Peter Harrington Rare Books is a member of the Antiquarian Booksellers’ Association and offers an unconditional guarantee for each item it sells on its authenticity and completeness.