Henry Bond insists that he is an artist working with photography and not a straightforward photographer. Art is about ideas, he has said, with retinal pleasures and decisive moments, the money shot of auth-enticity coming a poor second. His photographs aspire to the condition of the street or MTV: a flow of signs, not necessarily related, whose meaning is transient, the product as much of their place in the overall sequence as of their individual form and subject matter.

Bond's two latest books, La Vie Quotidienne and Point and Shoot (both 2000), and the shows which draw on their image reservoir, continue the trajectory he began with The Cult of the Street (1998), an elliptical, allegedly critical, and self-reflexive trawl of London life. In an ill-cropped, fuzzy, red-eyed way, the photographs turned hip/grunge expectations upside down by focusing (as it were) on the bland, consumer culture of the city. Reflecting the condition of the photographer of everyday life in a post-Modern, media-saturated world, Bond carries on producing images of a homogenised, outside-less culture in a perpetual present of consumption which may be just ahead of, or self-consciously behind (but always deliberately in between) the conventions of advertising, fashion, surveillance or family photographs.

Point and Shoot was produced using an array of cameras which are easy to use and have the associated benefits of intimacy and immediacy. Without any previous knowledge you can take great pictures, or so the sales pitch goes. Now that 'art' photography has embraced visual noise, however, the actual value of point and shoot cameras might seem to be that they allow the skilled photographer access once again to the state of innocence or ignorance from whence immediacy and authenticity might spring. As Roland Barthes observed, the amateur snap is closer to the essence of photography's lucid madness than the polished productions of the professional.

Despite his apparent involvement with such ideas, however, Bond actually distrusts these notions: in fact post-Modernist nominalism (the immediate is the true) is the grist for his mill of grungy, ambivalent images. Whereas previously he has sometimes found pretty results in technical and generic glitches, here he probes fashion and advertising's assimilation of dirty realism. In a similar vein, there are plenty of images in Point and Shoot which echo surveillance camera footage - blurry shots of unsuspecting passers-by; odd, voyeuristic angles; and wonky variants on paparazzi snatch and grab. Bond jumbles up his subjects - street scenes, shop windows, night-clubs, posh parties, backstage fashion shows, intimate portraits and sex club sybaritics - as well as the composition, with the apparent intention of throwing our will to categorise, and so comprehend the image, into disarray.

Some of these quick-draw shots do have an immediate, if low-level, tension, and allow plenty of room for hypothesising, if you like that sort of thing. One photograph, for example, looks like the kind of image you have seen in a thousand sets of party photos, the kind that gets passed over because it is unflattering. It concentrates on a bespectacled young man dressed in a conservative suit and tie, who is holding what looks like a joint. He may be in mid-conversation, or poised to exhale; it may not be a joint. He is not looking at the camera and has cast his eyes downwards. It's an image which looks as if the artist had caught the moment before fumbling and dropping it.

Such mild dislocation is rife in Bond's work. But the trouble with this strategy - if it really is one, and not an incapacity - is that the results are so mundane that you start to wish for something more chronic to happen. Even the press release seems to will his images to be more arrestingly 'strange and unfamiliar' than they actually are. But the 'mystery' of the images is of such little consequence that one is left to grab at meta-photographic speculations just to ease the tedium. The cute coincidence and decisive moment is mostly absent - fine; but these photo-graphs universally lack the disconcerting, dreamlike atmosphere which Garry Winogrand, for example, seemed to coax so effortlessly from the quotidian.

Despite their restless changes of scenery and style, Bond's pictures feel doggedly flat-footed, proposing no viable alternative constellation to the conventional modes they displace, as if a potent image were too absolute or oppressively univocal. This is not to say that his images fail because they flout the rules, but rather that their dissidence has too little to distinguish it from the already routine subversion purveyed elsewhere in the image economy. Straining after a combined investigation of photography's systems of meaning and the languages of everyday life, Bond's images give us platitudes about both. 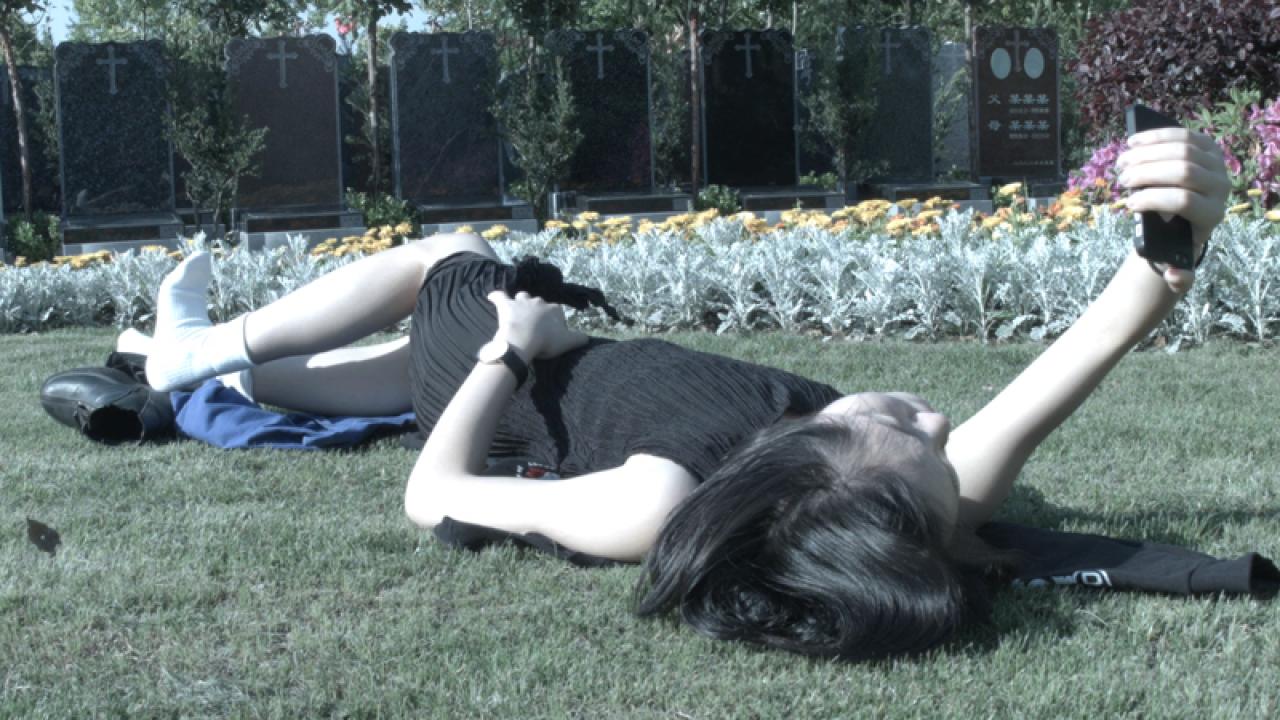