BY Mark Sladen in The Roswell Incident | 01 SEP 96 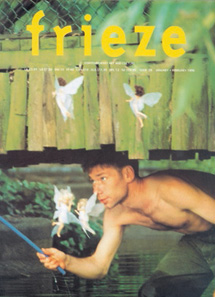 In July 1947, a US Army Air Base in Roswell, New Mexico, issued a statement saying that it had found the wreckage of a crashed flying saucer. A few days later the base withdrew the story - it claimed that all it had found was debris from a weather balloon. In 1978, however, the retiring intelligence officer of the base declared on TV that the first statement had been true. Since then, the story has run and run. In Britain this Autumn, Channel Four broadcast a documentary featuring new evidence on the incident, the most spectacular of which was previously unseen footage which its owners claim shows the autopsy of aliens recovered from the crash.

The Roswell incident is a rich source for observers of UFO folklore in America and elsewhere. The story starts in 1947 - Year Zero for ufologists, and a time when the imagery of UFOs reflected fears about technological catastrophe and foreign invasion. It was revived in the late 70s, and demonstrates the absorption of UFOs into the anti-government conspiracy theories which proliferated after Watergate. The recent reinvention of the story is interesting, as the autopsy motif is in keeping with contemporary UFO discourse, with its accounts of people being abducted by aliens and subjected to scientific investigation and physical abuse.

However, in the Roswell footage it is the alien that is the subject of investigation. The naked body is spread-eagled on a dissecting table with holes to drain away the blood. Doctors busy themselves around the body. They move the head from side to side. They probe the gaping wound in the alien's leg. They count its toes. Look, six! Then they slice open the chest cavity and remove the internal organs, saw open the skull and extract the brain. During the autopsy the clock drags around from ten o'clock to eleven - part of the paraphernalia of investigation, like the white coats and the grainy silent film.

Why is the footage of the alien autopsy so modern, so compelling? This use of the vocabulary of physiological investigation finds a parallel in the work of a number of contemporary artists, from Damien Hirst's cabinets full of surgical tools to Christine Borland's forensic reconstructions; from Bruce Loudon's excision of his own body parts to Orlan's attempts to recreate herself through plastic surgery. All these phenomena reflect our fear of our bodies and our desire for them to be regulated and clarified. In particular they play on our feelings about modern medicine and surgery - sources of both fantasy and horror.

But whose body is under investigation here? The Guardian newspaper called the Roswell alien 'E.T.'s podgy sister', and the creature's lack of penis perhaps makes it female by default. There is a long tradition of monsters that reflect male fears about the female body and sexuality, and the investigation and punishment of the Roswell alien's body could be described as a classic voyeuristic fantasy. This would make the film a kind of snuff movie - indeed, the complete footage can now be bought on video.

However, the body of the alien seems more androgynous than female. The Roswell footage recalls a scene in Nicolas Roeg's film The Man Who Fell To Earth (1976). The film's protagonist is Newton, an alien played by David Bowie, who appears both human and male, but whose body is, in fact, a prosthetic deception - he has cats' eyes, no nipples, and perhaps even no penis. When the authorities become suspicious of Newton he is subjected to a sadistic medical examination: strapping him into a chair, doctors attempt to remove his fake lenses and nipples with tweezers and scalpel. In the Roswell footage doctors also remove portions of the alien's eyes, as well as peering between its legs to try to determine its sexual characteristics.

Neither of these alien bodies seem to yield their secrets to examination, and their androgyny perhaps suggests another area of modern anxiety - the sexuality of children. Perhaps the mythical body under investigation in the Roswell footage is not female but pre-pubescent. Our fears about childhood sexuality were revealed by the child abuse scares which exploded in the late 80s. The ensuing scandals seemed to reflect not so much the scale of the problem as our desire to protect children from the adult world - a project based on denial, since children are as sexual as we are. Photography has recently approached some of these 'dangerous' issues via the image of the adolescent body - as seen in the work of Sally Mann and Larry Clark, as well as the recent Calvin Klein adverts.

Ultimately the Roswell footage raises the issue of verification. Is this body male or female? Is it real or fake? What really happened? In the Channel Four programme one of the interviewees recalled the threats she had received as a child to induce her to 'forget' what she had seen. The emotional speaker was like a victim of abuse, recounting her story after many years of silence. Or perhaps like a victim of False Memory Syndrome. Science may progress but verification doesn't always get easier.