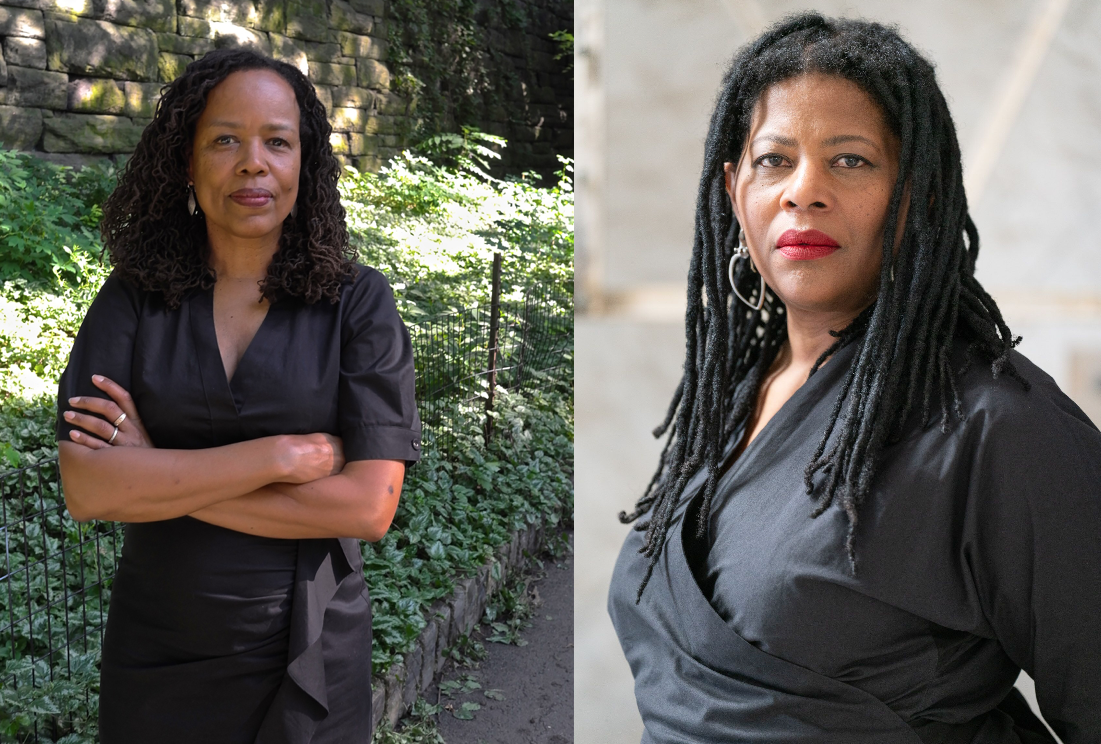 Simone Leigh’s practice incorporates sculpture, video, and installation; all are informed by her ongoing exploration of black female subjectivity and ethnography. Her objects often employ materials and forms traditionally associated with African art; her performance-influenced installations create spaces where historical precedent and self-determination comingle. Through her investigations of visual overlaps between cultures, time periods, and geographies, she confronts and examines ideas of the female body, race, beauty, and community.

Leigh was born in 1967 in Chicago, IL. She is a recipient of the Foundation for Contemporary Art Grant (2018), Joyce Alexander Wein Artist Prize (2017), John Simon Guggenheim Fellowship (2016), and Anonymous Was a Woman Award (2016). Recent projects and exhibitions include Trigger: Gender as a Tool and as a Weapon (2017) at the New Museum of Contemporary Art, New York; Psychic Friends Network (2016) at Tate Exchange, Tate Modern, London; The Waiting Room (2016) at the New Museum of Contemporary Art, New York; The Free People’s Medical Clinic (2014) a project commissioned by Creative Time; inHarlem, a public installation presented by The Studio Museum in Harlem at Marcus Garvey Park, New York; and a solo exhibition at the Hammer Museum, Los Angeles. Leigh is the first artist to be commissioned for the High Line Plinth, where she will present a new monumental sculpture starting in April 2019. Leigh’s work will also be featured in Loophole of Retreat, a major exhibition at the Guggenheim Museum, New York to commemorate her achievements as the winner of the Hugo Boss Prize 2018, as well as the 2019 Whitney Biennial.

Saidiya Hartman was born and raised in New York City. She received her B.A. from Wesleyan University and her Ph.D. from Yale University. She is the author of Scenes of Subjection: Terror, Slavery, and Self-Making in Nineteenth Century America (Oxford, 1997) and Lose Your Mother: A Journey Along the Atlantic Slave Route (Farrar, Straus & Giroux, 2007). She has published articles on slavery, the archive, and the city, including “The Terrible Beauty of the Slum, ”“Venus in Two Acts” and “The Belly of the World.” She has been a Cullman Fellow at the New York Public Library, a Fulbright Scholar in Ghana, a Whitney Oates Fellow at Princeton University, and a Rockefeller Fellow at Brown University. She will spend the fellowship year completing Wayward Lives, Beautiful Experiments (forthcoming Norton), which examines the social upheaval and radical transformation of everyday life that took place in the emergent black ghetto in the early decades of the 20th century. The book tells the story of this revolution of intimate life by recreating the experience of young black women who desired an existence qualitatively different than the one that had been scripted for them.

She is a Professor in the Department of English and Comparative Literature at Columbia University.