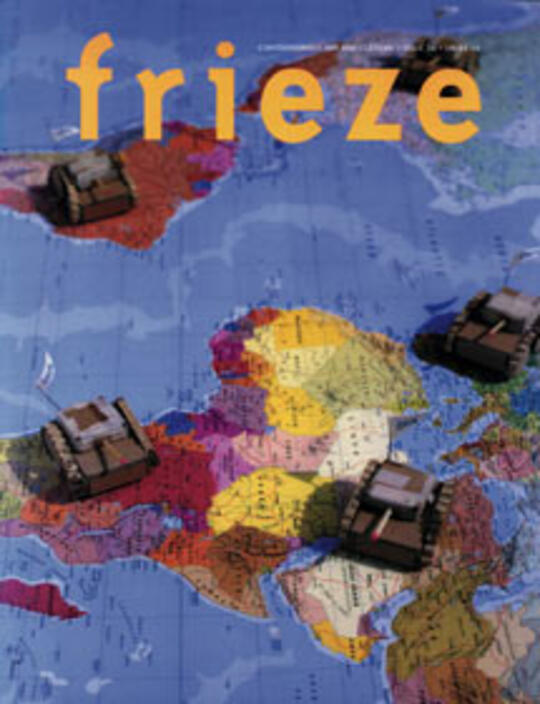 40s Fashion and the New Look

The I.W.M. celebrated the 50th anniversary of Dior's 'New Look' collection in style with the opening of their exhibition and the launch of Colin McDowell's book of the same name. Models paraded in the original 40s clothing, including a Hollywood costume once worn by Ida Lupino, an evening dress poignantly made of vivid yellow parachute silk, and a WAAF Section Officer's uniform cheekily lined in non-regulation scarlet.(Public fashion shows are planned for April). Such fashions eloquently animated the dramatic story of women's lives from the mid 30s to the immediate post-war years. Making comrades-in-arms of politics and style, '40s Fashion...' reasserts the ritual and role of fashion in reflecting historical change and manipulating the future, and it also illustrates the turning point in late 20th-century haute couture culture.

Grouped in thematic sets and supplemented with archive footage, many exhibits are entirely of their time while others, such as the T-shirt, bomber jacket and duffel coat, are familiar legacies of service uniforms. Winston Churchill's rotund wine velvet 'siren suit' is shown alongside a covetable blue 'siren suit' designed by Schiaparelli. Was the success of the WRNS recruitment drive really due its chic navy blue uniform? Certainly leading couturiers, like Digby Morton and Norman Hartnell, designed service uniforms, and their square-shouldered jackets and slim knee-length skirts became characteristic of 40s style ­ a silhouette not unfamiliar to modern women executives. Patriotism initiated ideological textile designs and Jacqmar produced stylish headscarves with propagandist slogan prints such as 'Dig for Victory' or 'The Navy's Here'.

With rich and poor alike subject to clothing and cosmetics rationing by coupon, a Black Market soon thrived. London designer prototypes for thrifty-but-attractive Utility fashions along with the campaign for 'Make do and Mend' inspired curious ingenuity. A de-starched map became a pastel blouse, a captured German flag a smart (albeit bad-taste) dressing gown, a portly husband's overcoat a chic three-quarter length swagger coat. For women exhausted by farm labour or factory shifts, air-raids, deprivation and grief, the preservation of a fashionable appearance was promoted as serious war work. The precious bright lipstick or sensuous nylon stockings were high-morale weapons. The ultimate image of glamour was the fantasy of Hollywood and the exhibition captures the mood with a darkened corridor illuminated by a screening of the 1944 film Cover Girl (starring Rita Hayworth and Gene Kelly) and recessed with faux full-length mirrors containing costumes once worn by Hollywood sirens. The final theme focuses on haute couture in war time Paris, beginning with a rare display of the 'Théâtre de la Mode', a travelling exhibition of 'dolls' exquisitely dressed by leading designers and placed in sets by Christian Bérard and Jean Cocteau.

It is the incongruous reappropriation of old-fashioned, pre-war values and symbols as the 'new' that provides the main debate of both exhibition and book. The Corolle Line, nicknamed the 'New Look', launched the brief but meteoric and innovative career of Christian Dior (1905-57). In a palette of predominantly black, navy and white the New Look was reminiscent of the small-waisted glamour of the late 30s and the frou-frou of the Belle Époque. It sculpted an extraordinary post-war feminine ideal with softly sloping shoulder lines, pert breasts and a skirt with tulle petticoats cascading over fecund padded hips. Immaculately groomed and scented with Miss Dior, her likeness was best captured in the elegant line drawings that enhanced these unlikely proportions.

Coinciding with the waning of post-war euphoria and severe economic crises in Europe, the New Look provoked a neurotic mixture of puritanical outrage, feminist disgust and cynicism ­ but above all it provoked desire. For European and American upper-class women it symbolised a return to the security of the status quo that supported haute couture. Worn by princesses and film stars, it allowed men to put women back on the pedestal and ultimately compromised women back into domesticity, freeing jobs for returning service men. For Paris, its extravagant nostalgia was a retort to the Nazi occupation forces who had wanted to establish Paris couture in Berlin, but, most importantly, it reclaimed Paris' status as the capital of sophisticated urban chic, stealing the crown back from New York. For the war-liberated middle and working classes, a C&A copy offered the chance to celebrate a carefree and irresponsible new life. Dior became a superstar, but, as McDowell puts it, 'castrated Paris fashion and initiated its long descent into sterility because he forgot the realities of real life for women...'. That the New Look is credited to Dior is perhaps attributable as much to the creative imagination as the economic and intellectual seriousness with which the French regard fashion. McDowell points out that '...it is possible to make a strong case for many [British designers] having anticipated Dior's "bombshell"'. Was it perhaps the British Board of Trade's plea for designers to conserve fabric for the export drive that cost Hardy Amies due recognition for the prototype new look in his January 1946 collection?

Tiring of sensible English tweeds, the all-important American buyers also abandoned their home-grown talent, notably Claire McCardell whose sporty lines and casual fabrics anticipated the future of late 20th-century fashion. However, it was in America that Coco Chanel chose to make her comeback in 1953 (having connived to spend the war at the Paris Ritz with her Nazi lover, fleeing to Switzerland after the liberation). The resurgence of Chanel's easy-to-wear style finally marked the demise of haute couture and the rise of ready-to-wear. Today, Britain's John Galliano designs for the house of Dior, whose name has lost none of its marketing allure, and despite the significance of London, New York, Milan and Tokyo, Paris remains the heart of 'fashion'.