In 2007, Andrea Büttner handed her camcorder to a Carmelite nun, Sister Luke, and asked her to film inside her cloistered convent in London. Edited by the Stuttgart-born artist, the 11-minute video, Little Works (2007), finds the amateur filmmaker inviting her wimpled sisters to display art and craft projects produced during downtime from duties: crocheted bowls stiffened with sugar water, a drawing made by an older nun following a vision of the Virgin Mary, lavender bags, Sister Luke’s own recycled candles. What these modest creations promote, says one nun, is ‘everyone taking an interest in what everyone else has done […] the richness of community’. This retreat – within which creativity appears sweetly and seamlessly integrated – might, accordingly, appear attractive to habitués of the contemporary art world, which engages daily life more messily. At the same time, this is a place defined by conservatism and circumscription: factors that temper idealism.

Büttner’s art breathes easily amid such unsettlement. Her own equivalents of ‘little works’, such as glowing geometric abstracts painted on the back of glass, paraphrase a style of Modernism that goes back to Kazimir Malevich et al., while also referencing church windows and Jutta Koether’s liquid glass paintings. Her woodcuts – first essayed in Berlin during the 1990s, when the archaic medium retained a frisson of wrongness – encompass various styles. There are text-only works in the Pop-toned tradition of Sister Corita Kent (‘Yes, I believe’, whoops one) and hushed nativity scenes; cartoonish combinations of text and image like D. Roth and M. Kippenberger are meeting at the bridge of sighs (2006). The phrase ‘They talk about their anxieties’ is inscribed within this print: the whole feels tender, and yet, in its engagement with historical artistic strategies of self-abasement, insistently self-aware and contextualized. It suggests that part of speaking honestly is, paradoxically, to admit the echoes of others in one’s artistic voice.

The latter proposition was made explicit in Büttner’s 2010 performance Fallen lassen (Letting Fall), where she enacted invitees’ suggestions for actions that would embody ‘an affirmative attitude to falling’. Here was a deliberate espousing of vulnerability, damage and shortfall, including imbibing canned drinks and then stepping on the cans, and putting a carrot and two coals on the floor and titling it Memories of a Snowman. An earlier text piece is titled I want to let the work fall down (2006); seen together, Büttner’s approach suggests a persistent interest in the virtues of vulnerability. Connectedly, Ancestor Dumplings (2010) – modest clay lumps kept moist during the exhibition – was inspired by an ethnographic documentary the artist saw in which dumplings were thrown in a river: the muddled result reminded her of the unlovely flux of the artist’s studio and the shambolic reality of artistic creation.

For several exhibitions, as with her 2008 contribution to ‘Nought to Sixty’ at London’s Institute of Contemporary Arts, Büttner has painted the walls brown as high as she can reach: a limitation-revealing and potentially abject surrounding that the artist, who wrote her Royal College of Art PhD thesis on the relationship between art and shame, has termed ‘shit space’. When Büttner – who was convent-educated by Franciscan nuns – populates these spaces with, say, sketches by her father, pressed flowers or textual proclamations of faith, the result is an art that simultaneously succeeds and fails: in making an ungainly fit with the presiding mores of cultural definition, it foregrounds their narrowness, their encouragement of conformism. (Religious art, for instance, evidently remains a tricky gambit. Büttner’s work repeatedly raises, but doesn’t answer, the question of whether she is, herself, religious.) This reception-related tendency threads through her art. Her 2010 exhibition at Hollybush Gardens in London, for example, included photographs from a magazine published by German woodcut artist H.A.P. Grieshaber featuring mentally ill teenagers looking at his work. It’s an idealist cultural model that we might instinctively buck against, without confidently being able to say we’re in a better place.

In the three-screen, looped 16mm film I feel shame/we feel shame I feel shame (2010), the artist and one of her gallerists, Malin Ståhl, are seen separately in two projections. Each, at one point, says ‘I feel shame’. This theatrical humiliation, built into a work that consciously nods to both Andy Warhol’s ‘Screen Tests’ (1964–6) and (in its lighting), Bas Jan Ader’s I’m Too Sad to Tell You (1971), advertises a reaction to the scrutiny of the camera and, prospectively, the audience; to the commercial realities of the artist/dealer pairing; even (so Büttner suggests in conversation) to German history on the large scale. In the centrepiece projection, however, where they appear together and say ‘We feel shame’, the collective indignity that’s inferred is oxymoronic. Shame is private, personal; it doesn’t do group activity.

Again, it’s in such alloying of the knowing and the heartfelt that Büttner’s work makes its humanizing appeal. Hers is an art that desires an unimpeded, confessional relation but travels circuitously towards it, that leans towards the solace of the convent but knows it’s no Utopia, that ardently wants art to be a free place but knows it’s a bounded one. Accordingly, where Büttner’s work cleaves to Kafka’s ideal of art as ‘the ice-axe that breaks the frozen seas within us’, it’s not through what she proclaims out loud – for example, ‘No fear, no shame, no confusion’,
to quote a 2006 woodcut – but through the evident difficulties that come with saying it. 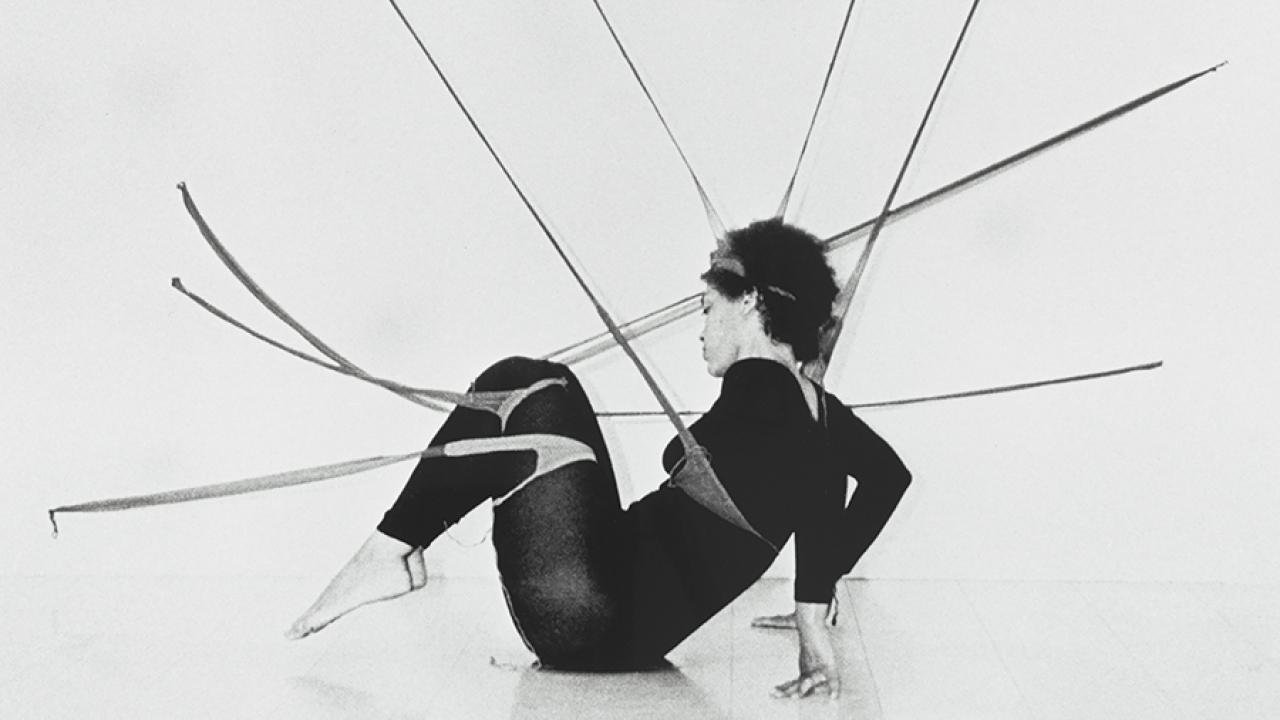