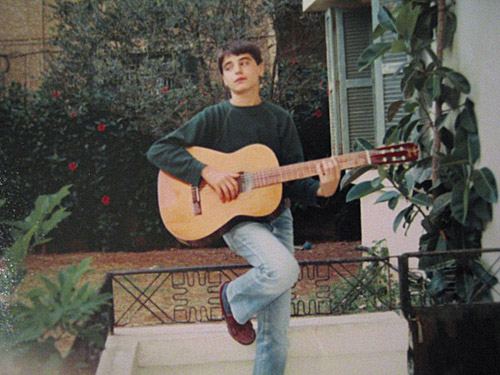 Spread over four days, the programme of parallel screenings, performances, live broadcasts, seminars and talks presented in two adjoining spaces at the Haus der Kulturen der Welt, besides two audiovisual installations displayed elsewhere in the building throughout the Berlin Documentary Forum (BDF) and beyond, made this visitor long for the ability to be in two (or more) places at once. 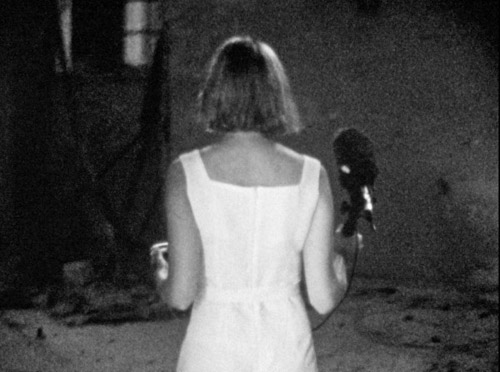 Bilocation, and the cognate theme of the double in film history, is something Basma Alsharif explores in Doppelgänger (2014), partly as a way of making sense of her own split identity as a Palestinian leading a nomadic existence. A highlight of this lecture-performance, followed by a screening of Super-8 footage filmed in Gaza, Malta and Athens, some of it under autohypnosis, came in the shape of a collective state of hypnosis or altered consciousness induced by means of binaural beats that accompanied a bright pulsating image projected onto the screen in front of which the artist stood. 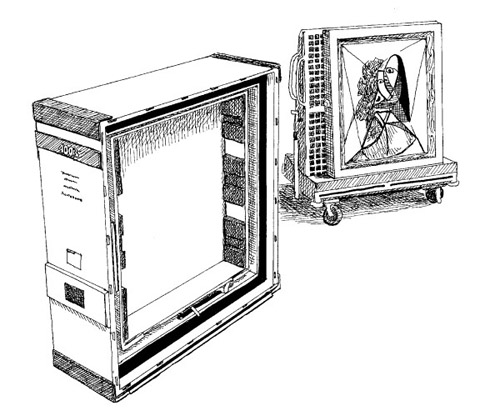 The Middle East was a geopolitical focus of this edition of the BDF biennial, founded in 2010 by Berlin-based Israeli curator and filmmaker Hila Peleg. The biennial opened with Rabih Mroué play Riding on a Cloud (2014), starring his younger brother Yasser, who relates how he was treated for aphasia and partial memory impairment, having been shot in the head, aged 17, during the Lebanese Civil War. In the deeply moving final scene, prepared for by a screen-projected dialogue between the two brothers, Yasser is joined on stage by his double, Rabih himself. The evening of the well-attended opening also featured a reading of Michael Baers’ online graphic novel An Oral History of Picasso in Palestine (2014). Baers’ hyper-detailed account of the bureaucratic hurdles that stood in the way of bringing Picasso’s Buste de femme (1943) over for a show at Ramallah’s International Academy of Art in 2011, obliquely exposes Israel’s occupation of the West Bank. 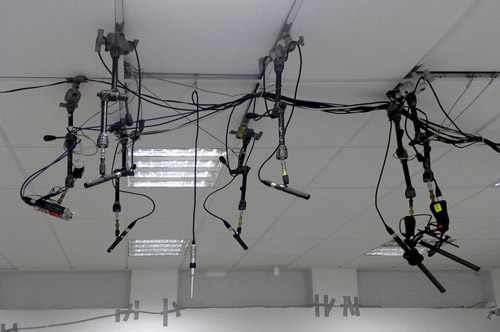 The context provided by some of these works brought out the latent ideological and political implications of Smadar Dreyfus’ immersive sound installation School (2009–11), first presented at the Folkestone Triennial in 2011. Made with audio material recorded over the course of two years at various secondary schools in the artist’s native Tel Aviv, School schematically renders the spatial layout of a school with its different classrooms, where different lessons are being taught – History, Bible Studies, Arabic, Literature, Geography, Citizenship, Biology – connected by a central corridor that comes to life during breaks. Each room is sculpted, as it were, through surround-sound, registering tenuous sounds and the voices of teachers and pupils alike. The latter are visually mapped out in white letters, which translate into English the original Hebrew, on a screen whose placement and shape evokes a blackboard. 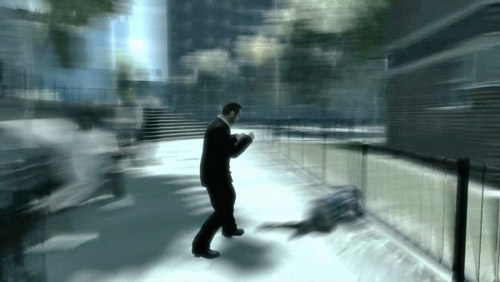 In Harun Farocki’s PARALLEL I-IV (2012-14), sound columns positioned in front of single- and two-channel video installations divided up the main auditorium at the HKW into as many sonic zones that visitors, equipped with headphones, would tune in and out of as they moved across the space. Taking the depiction of trees, clouds, wind, and other such motifs as its starting point, the four-part installation charts the history and stylistic developments of video games, which have been around for 35 years, in an attempt to open this field up for theoretical reflection. For Farocki, video games are a mirror of reality or a parallel reality; hence names such as ‘Second Life’ reflected in the work’s title.

Narrative and how it shapes reality – the chosen theme for the third edition of the BDF – takes its cue from philosopher Jacques Rancière’s paradoxical claim that ‘the real must be fictionalized in order to be thought’, which runs counter to the idea of a documentary presenting facts objectively without fictionalizing. What Peleg set out to debunk is the myth of a documentary’s greater objectivity and hold on reality. 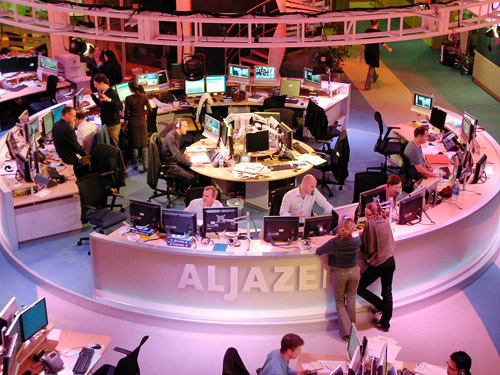 Non-fiction, from journalism to (auto-)biographical and historical accounts, relies on narrative and storytelling just as fiction does. The narrative propensity of news reports was illustrated in the Al Jazeera Replay panel discussion – centred on the network’s coverage of the Egyptian revolution of 2011 – with talk of a ‘perfect narrative arc’ of 18 days culminating in Hosni Mubarak’s resignation in the ‘picture perfect’ setting of Tahrir Square.

Melding fact and fiction, the 17 projects included in this year’s BDF show the personal and subjective face of documentary making. Drawn from literary criticism, the term ‘unreliable narrators’ appears in the title of CAMP’s Shaina Anand and Ashok Sukumaran presentation of three media forms – leaks, stings and citizen vigilante videos – all of which employ dubious methods of investigation. And yet, rather than simply indicting them, Anand and Sukumaran strive for an impartial overview of the broader surveillance landscape and its effects on Indian society. 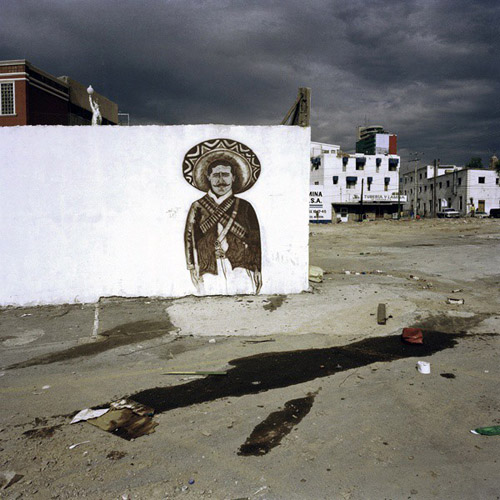 Part of a wider ‘narco-culture’, songs celebrating the exploits of drug lords or traffickers known as narcocorridos, are analyzed by an ethnomusicologist, who offers possible readings of this disturbing phenomenon as a counter-narrative and a cathartic outlet for violent fantasies, in a series of filmed interviews projected in the second of the three-part ‘Narco-Capitalism’ sessions, teasing out the connections between neo-liberalism and the spread of violence in northern Mexico’s lawless border cities. The discussion panel included writer Sergio González Rodríguez, who inspired Roberto Bolaño’s character of the avenging reporter in 2666, published posthumously, and is himself the author of Bones in the Desert (Huesos en el desierto, 2002) dealing with the femicides in Ciudad Juárez. If his essay and Bolaño’s novel offered two parallel ways of investigating the lurid reality of the unsolved crimes that have plagued the city for over two decades, González Rodríguez acknowledges that literature has nothing to envy journalism or political science when it comes to narrating facts.