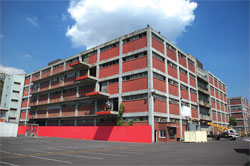 ‘inSite_05’ took place on either side of the Mexico/USA border in San Diego and Tijuana. One Flew Over the Void – a collaboration between Venezuelan artist Javier Tellez, patients from the Baja California Mental Health Center and Dave Smith, a human cannon ball – was a spectacular performance that subtly engaged with the complexities of the situation in which it was produced. Protesters carrying placards (‘Down with Intellectual Fascism’) snaked along Tijuana beach to the accompaniment of a solo trumpet, winding up beside the border fence where the trumpeter joined the local police band, which struck up a blast of carnival music, while the patients and their accomplices staged a frenetic combination of Vaudeville act and rabble-rousing Agit-prop theatre. The event climaxed with the firing of Mr Smith from a giant cannon, high over the three-metre metal fence and into a safety net in the US.

In February the biggest show of African art ever to be held in Europe, ‘Africa Remix’, opened at London’s Hayward Gallery. It was great to see two of the best Zimbabwean artists, Tapfuma Gutsa and Richard Jack at the preview, despite the fact that they weren’t included in the show. But then Africa has always been misrepresented and not only by western curators, but by our brothers and sisters who have created new homes in the Diaspora. Do African artists need to live in the West in order to be recognised? At the Venice Biennale South Africa, Egypt and Morocco represented the rest of Africa. This is an insult to Africans.

Vasif Kortun and Charles Esche’s Istanbul Biennial was sensitive and respectful. Their use of the city as a parcours and conceptual focus for the exhibition across different sites, together with the presentation of work by artists (and art students) operating outside well-trodden contexts and Western market frameworks, made for a memorable encounter.

I caught part of the Istanbul Biennial in Copenhagen, where Superflex and Jens Haaning collaborated on an offsite project, putting up 1,000 posters around the city advertising the show, titled simply Istanbul. A project of such modesty would be lost in New York or London (and meaningless in Istanbul), but in Copenhagen it highlighted the intensifying xenophobia that Turkey’s possible admission to the EU, and Muslim immigration more generally, provokes in Denmark (and, as the riots in France made clear, elsewhere in Europe).

I organized the Arte Pará 2005 in Belém, the metropolis in the delta of the Amazon. I feel that there is no conflict of interest in my choice of this show, since it was a juried exhibition. Installations submitted by Paraense artists (Berna Reale, Jocatos, Armando Queiroz and Lise Lobato) focused on nature, historical heritage, social memory and the vernacular. Belém has no art market. All the artists wanted to do was to make sense of their town. The only task of the curator was to make the installations fit within the space.

It was disappointing that the first Venice Biennale curated by women should be so classical, and a relief that it was less exhausting to navigate than the intimidating archipelago of Francesco Bonami & Co. in 2003. Less predictable was the fact that ‘Greater New York 2005’ was more elegantly installed and less stimulating than its predecessor, despite the opportunity to see more work by Carol Bove and Kelley Walker, as well as stray gems like Moby Dick, a kitchen-sink take on the great American novel cooked up by Guy Ben-Ner, who also provided some welcome wit in the Israeli Pavilion in Venice.

Moving the Istanbul Biennial away from the historicized context of previous locations and integrating it into the urban fabric showed the way forward for an understated and research-based biennial. It was a rare occasion: the discursive work of the curators, Vasif Kortun and Charles Esche, as well as projects that included the participation of art schools, informed and enriched the biennial format.

If the 2005 Venice Biennale was an exercise in finding glitter in the gloaming, Nicolas Bourriaud and Jérôme Sans’ 2005 Lyon Biennial was all sparkles, with the curators wedding a strong selection of works (including Pierre Huyghe’s fantastic This is Not a Time for Dreaming, 2004) to the show’s wider theme of time as the pre-eminent site of artistic and political production. Like Le Consortium’s 2003 edition, Bourriaud and Sans’ Lyon proved that in the right hands a biennial can add up to much more than an obtuse rubric and a ragbag of recent art.

In 2005 Australia exported rather than imported: Ricky Swallow at the Venice
Biennale, Callum Morton at the 11th Indian Triennial, Craig Walsh at the Yokohama Triennial. Memorable survey shows included Russell Storer’s ‘May You Live in Interesting
Times’ at the Museum of Contemporary Art and Max Delany’s hit list ‘New05’, at the Australian Centre for Contemporary Art. ‘A Short Ride in a Fast Machine’, at Gertrude Contemporary Art Spaces, celebrated the influential gallery’s first 20 years.

The Istanbul Biennial provided a timely reflection of a city positioned between the east and west, bringing together artists from Europe, the Middle East and Turkey. By reducing the number of participants, curators Charles Esche and Vasif Kortun enabled artist residencies and substantial commissions, investing in a number of lesser-known, emerging artists, and engaging with the city in a way that avoided exoticizing it.

Charles Esche and Vasif Kortun’s Istanbul Biennial – for its articulation of pleasure and politics, a confident world view and unpretentious sense of local place.

Rosa Martinez and Maria de Corral’s Venice Biennale offered a respite from the usually cacophonous labyrinth we’ve come to expect in Venice. Their contributions were concise and elegantly installed, which allowed the art – for better or worse – to speak for itself. Memorable moments included Barbara Kruger’s rant against the duplicity of the Bush administration plastered across the façade of the Italian Pavilion, Francesco Vezzoli’s deliciously naughty Caligula trailer and Tacita Dean’s quiet meditation on the doomed architecture of Berlin’s Palast der Republik.

In 2005 Cork was the European capital of culture. Instead of putting on a big show, Cork’s National Sculpture Factory, together with Annie Fletcher, Charles Esche and Art/Not Art, devised the Cork Caucus, an intense three-week period of presentations and discussions by local and international artists and theorists in July. As a participant I enjoyed seeing art, reading texts and exchanging ideas in the relaxed but focused atmosphere created by the caucus’ unpretentious character.

The number of compromises and/or embarrassing art works at the Istanbul Biennial this year was at a phenomenal low; the conceptual choreography was intelligent, fun, dense (but not ridiculously so), critical without being smug, and political without being preachy.