A Brief History of Invisible Art 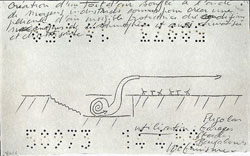 In his 1962 essay ‘After Abstract Expressionism’ Clement Greenberg argued that ‘(u)nder the testing of Modernism more and more of the conventions of the art of painting have shown themselves to be dispensable, unessential (...) thus a stretched or tacked-up canvas already exists as a picture – though not necessarily as a successful one’. The Modernist critic could hardly have guessed that this ‘tacked-up canvas’, for him merely a rhetorical possibility, would become an important touchstone for subsequent art practice, much as the monochrome had been for a previous generation of artists. The missing object and empty room have become Conceptual art’s degree zero, gesturing towards the conventions that ‘frame’ raw material as art and making room for the forms of openness, contradiction, paradox and irresolution that are contemporary art’s essential condition.

The Wattis presented these projects and others as visual markers indicating something conceivably, but not visibly, present – a strategy distinct from that of ‘Out of Actions: Between Performance and the Object 1949–1979’ at LA MOCA in 1998, for example, where the ‘relics’ of performance stood in for missing or irretrievable art works. Klein’s imaginary architecture (open spaces roofed with currents of air) appeared in the form of a patent application; Cattelan’s missing sculpture as a police report; a small pedestal marked out the accursed boundaries of Friedman’s work; Asher’s column of air blew down on viewers as they read its wall text. These works proposed a game of adjudication, in which the viewer’s belief in the artists’ claims was relative to his or her position in the world. A scientist would agree with Barry that the room was permeated by electromagnetic energy; a Wiccan might carefully avoid Friedman’s cursed pedestal.

Other works complicated this game of relative values by multiplying the works’ possible ‘positions’. Bethan Huws employed an actor to cruise the exhibition staring impassively through objects to the architectural frame (‘From New York to San Francisco to …’, 2005); Jay Chung produced, wrote and directed a short 35 mm film with a crew of 20, but with no film in the camera (Nothing is More Practical than Idealism, 2001). James Lee Byars’ The Ghost of James Lee Byars (1969–86) was a room so dark that a viewer’s eyes could not adjust. Without the Euclidean geometry of the white cube, prevalent elsewhere in the exhibition, and without a clear sense of the space one was moving through, the room became an unnerving abyss. The title implies the presence of the supernatural, yet the ‘fear of an unexpected touch’ cedes quickly to humour once you realize, as others gingerly step in the room, that they think you’re the ghost.

‘Invisibility is a liar,’ Donnelly writes in the catalogue, ‘a total fog. A flat-faced croupier.’ Sometimes it’s also a form of prophylaxis, a way of making sure the joke exempts the teller. Would Chung’s unwitting cast and crew be germane to their participation in a film that existed only in their heads? Some – if not all – invisible art works need to reify habits of looking that have long been questioned by the best visual art. Commissioned by the Wattis, Donnelly’s untitled work (2005) offered a rejoinder to the very concept of an invisible art. Periodically the gallery phone would ring, and a sound – the feedback produced by putting two phone receivers together – would play across the line to the bored attendant. Insofar as every sound requires a space and a receiver, this invisible work, then, produces subtle changes in the visible world: a hand reaching for the telephone, a shift in posture, a passing expression of joy, confusion or conspiratorial laughter.