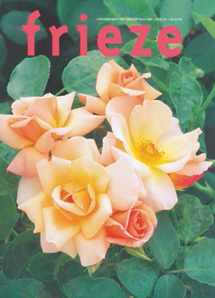 Art and science are never happy bedfellows, but Christine Borland is a relentless matchmaker. Life and death, too, are uneasy partners; but again Borland is insistent. However, the science here is thin in relation to the artist's other projects, and death is not so much present as alluded to (although many allusions are made).

Josef Mengele is notorious in recent history, which is to say that we cannot consider him neutrally, or without prejudice. Borland plays upon this in her piece L'Homme Double (1997) in which she presented six sculptors with a pair of photographs and a set of descriptions from which they would model busts of Mengele. The results are displayed along with Borland's letters of invitation and the sources from which they worked. They vary, inevitably, since Borland chose contradictory descriptions and photographs taken many years apart (Mengele's only agreed characteristic was an uncommon handsomeness). So what was Borland after? Was she hoping that Mengele's infamy would precede him, forcing the sculptors to portray him as a cliché of calculating evil, substituting creepiness for good-looks, and hence betraying their subjectivity? Well they haven't done that, and yet it would be difficult to draw any conclusions even if they had, because Borland's letter of invitation included the instruction that 'this information and the photographs can be interpreted as freely as you wish'. The sculptors could have produced Peter Cushing likenesses, but still we would be unable to question their scientific objectivity for that was never the brief. Any chance of edginess is therefore missed, the game given away. From the intriguing possibilities of its precepts, the piece winds down into an exercise in connoisseurship.

Borland's familiar From Life project (1994-97) ­ in which forensic scientists have 'reconstructed' a mail-order human skeleton ­ is aired in slide-lecture format, while a new work that compliments it is also exhibited: Skull. Upper extremities, right. Upper extremities, left. Breastbone. Collarbones. Shoulder blades. Ribs. Spine. Sacrum. Pelvis. Lower extremities, right. Lower extremities, left (1997). It is difficult to locate at first, betrayed only by a spotlit patch on the floor. But approaching the piece carefully, one can pick out the glints of light that announce the presence of 12 brilliant-cut diamonds. They appear to be mounted in the heads of nails that have been driven into the gallery's concrete floor, mimicking the outline of a human skeleton. Behind us, on the wall, are two framed price-lists, one from a diamond manufacturer confirming the value of the stones to be $3,340, and another from an osteological supplier pricing an unarticulated skeleton (without stand) at the same amount. These descriptions of equivalency, both evidential and literal, mirror the materials' molecular coincidence ­ they are both carbon-based, after all. But it is the capital value that Borland stresses, reminding us that society does in fact make human remains equivalent to rocks in this way. She plays upon the fact that Capitalism simply evens out such complex values as beauty, life and death, but she does so in a way that suggests we got a pretty good deal: we all know that diamonds, unlike bones, are forever, and that when you die it's your material possessions that live on.

The most effective works exhibited are also the simplest. Girl Grasping Eel (1997) is an extraordinarily powerful image, and Carrier. .38 Government Colt Automatic (1997) resonates beyond its simple method of production. In the latter, a plain plastic bag hangs on the wall with a replica firearm sitting heavily inside. Interest is sparked by the ambiguity of the word 'carrier', coupled with the connotations of 'government': smuggling and disease are hardly images that the authorities would be keen to project, even though the carrying of munitions is a social malady compounded by American Government agencies.

Another subtle work is the (again) extravagantly entitled 'Did I request thee, Maker, From my clay to mould me man? Did I solicit Thee from Darkness to promote me?' (1997) Two books sit on chairs, inviting us to read them. They are the same: The Creature's Monologue, chapters three to eight from Mary Shelly's Frankenstein, or The Modern Prometheus (1818). Borland's interest in this text is obvious, but what energises these books is the fact that they have been produced on a poor photocopier, so that the resulting pages are stricken with rashes of black dots. This is the work's strength: even as the text suggests that we can reproduce life from death, the technology available shows its limitations, allowing errors to creep in. The success of this piece depends upon Borland holding back, showing us nothing more disastrous than third-generation photocopying, but she gives us room to formulate in our own minds the kinds of results that such failed reproduction might have in the biological realm. That this elegant work would lose its meaning outside the context of the more scientifically overstated pieces in her oeuvre is part of the nature of Borland's work: against all odds, her monstrous hybrid lives.