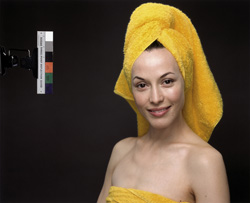 Throughout the 1970s, the city of Bologna was the epicentre of a widespread social, political and cultural ferment in Italy, which aimed at a profound reformation of contemporary society through radical and even revolutionary means. It was a decade of creativity and confusion, ideas and violence, punctuated by a few key moments: in 1971, Umberto Eco founded DAMS (Drama, Art and Music Studies), a new branch of the Faculty of Arts and Humanities at Bologna University, which proposed an innovative approach to university teaching practices; in 1975, the Galleria d’Arte Moderna (GAM), designed by Leone Pancaldi, was opened; in 1976, Radio Alice, one of the first ‘free radio stations’ in Italy, began broadcasting its surrealist programmes; in 1977, young Marxist protestors raged in the streets against the perceived ineffectuality of the country’s mainstream Communist Party. Bologna’s reputation as a political, social and cultural hotbed soon spread outside Italy.

The echoes of this unrest reached as far as the shores of California, where Christopher Williams was a teenager at the time. Thirty years later, the artist picked up the threads of the story and, fusing them to the current artistic and cultural scene in Bologna, created a show that successfully rose to the occasion of being the last to be held at GAM before the opening of Bologna’s new modern art museum, the Museo d’Arte Moderna di Bologna (MAMBo), in May 2007.

Using the methodologies of an archaeologist of modernity, Williams turned the moment of Bologna’s (and GAM’s) countercultural history into the subject matter for a new, site-specific version of his Leçons Sur La Société Industrielle, a project that he has revised five times over the past four years. Reminiscent of Gordon Matta-Clark’s or Michael Asher’s architectural interventions (Williams was once Asher’s assistant), but adopting a more functional and archaeological approach, and continuing his analysis of the architecture and exhibition practices of museums, which began with his 2005 show at the Secession in Vienna, the artist radically altered the gallery space. This included restoring its original layout, which had been modified over the years by continuous and often inappropriate changes. Using the museum’s old floor plan as a guide, the artist emptied spaces and removed plasterboard partitions to uncover the original cement walls; he then left this destructive intervention for all to see, heedless of its rough appearance. He also relocated some of the partitions, arranging six of them, one in front of the other, in the main hall and leaving them bare, as sculptural, self-referential forms.

He also restored a few of the museum’s stunning display cases: in some he assembled memorabilia (objects, books and album covers) that alluded to the past of ‘Red Bologna’; in others he displayed a group of small ceramic sculptures, dated 1971, by Asger Jorn to create a show within the show. In short, Williams reapplied the methodologies typical of modernist culture to reveal the ideological and cultural character that once distinguished the birth of the museum in Bologna. By dismantling the building’s interior structures to restore its original layout, he paid homage to the architecture of a radical era. The GAM building, finally allowed to slough off its oppressive layers, once again became a functional organism with a rhythm of its own.

Williams rendered the building virtually unrecognizable to visitors who had never seen it in its original state, making the galleries simultaneously old and new. In them he displayed a wide selection of his small-format photographs, which analyze the complex and stratified structures that define our relation to modernity, often provoking a self-reflective discourse on photography and its linguistic codes. In a couple of cases, such as One of 406 Ceiling Panels… (2006), a photo of a section of a 1979 Daniel Buren installation, he presented two versions of the same work. Perhaps Williams sought to demystify the aura of uniqueness his images possess while referencing the concept of reproducibility already present in Buren’s work.

By altering the structure of the gallery, Williams created a receptacle for his work that alluded to the very contents he presented. The artist's analytical and ironic images, which call to mind the impersonality and precision of advertising, archive keeping and scientific research in general, speak of translation and misunderstanding, of memory and hope. They are the details of an anthropology of modernity that we have yet to understand in its entirety. In their apparent grat-uitous frontality, they hide a complex layering of meanings. Just like the rooms of this museum without a future.