Craft of the Lost Art 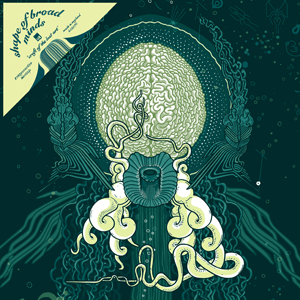 The début release from Shape of Broad Minds has little to do with Rap’s current trends, belonging more to a time when Hip-Hop was still being talked about as an art form rather than a culture. There was a period in the mid-1980s when the writer and broadcaster Stuart Cosgrove compared the pioneering New York Rap duo Mantronix to the Dadaists in a feature in the NME, and the BBC’s Arena documentary series aired a Hip-Hop special, complete with Malcolm McLaren’s recollection of hearing scratching for the first time and the inevitable comparisons to Punk. Shape of Broad Minds’ sophisticated strand of Rap would have fitted that all too brief period perfectly. Nowadays a Hip-Hop group on an independent label such as Lex Records is automatically perceived as an underground or left-field act, regardless of how polished they may actually sound. In fact, you will probably find more progressive sound experiments than Craft of the Lost Art on major label releases by rappers such as Clipse or Young Jeezy. However, whereas both those acts rhyme predominantly about the cocaine trade, Shape of Broad Minds’ lyrical exchanges are more akin to a long hallucinogenic trip than a quick rush with no lasting effect.

In terms of production, on many tracks there are echoes of late albums by A Tribe Called Quest. On ‘Buddha Fly Away’ the morose synthesized strings recall both Mantronix’ 1980s’ Electro Hop style and the late ’90s’ Glitch Hop of the much-missed Anti-Pop Consortium, as well as Giorgio Moroder’s score for the film Scarface (Brian De Palma, 1983). Consistently, the lyrical abstraction manages to match, if not excel, the spacey arrangements created by producer and MC Jneiro Janel. It’s not only verbal pictures that Janel and his supporting cast create; interchanging voices (both rapped and sung) are draped in echo and pan from left to right, mirroring the textural recording techniques of Dub Reggae or Phil Spector. As both an MC and a musician Janel is often compared to the towering presences of Madlib and the late J Dilla; however, his lyrics go beyond the Rap clichés of girls and cash, smoking weed, or simply rapping about Hip-Hop itself. Janel is as convincing a singer as he is a rapper. His slightly deadpan vocal delivery and the sonic backdrop on ‘12C’ are reminiscent of the dreamy experimental pop of ’80s’ multi-racial British Indie band A.R. Kane, collaborators on M/A/R/R/S’ massive 1987 hit ‘Pump Up the Volume’.

Like recent Hip-Hop classics Only Built 4 Cuban Linx, by Raekwon (Loud, 1995), and Dr Octagon’s Ecologyst (MoWax, 1996), Craft of the Lost Art is in effect a concept album. It’s a format that somehow works perfectly for Rap, where cohesion is often lost over the course of a whole LP. Craft of the Lost Art is truer to the free artistic expression of ’80s’ Hip-Hop than the cultural and geographical baggage that sadly weighs down today’s movement.