This weekend, 150 of London’s galleries come together to offer exhibitions, special events and late-night openings. In the first of our two-part series, Sam Moore selects their top picks. To read Salena Barry’s guide, click here.

William Brickel
The Artist Room
05 May – 28 May

The figures that populate William Brickel’s ‘Far from Anything’ at The Artist Room are reaching out for connection. Arms are outstretched with splayed palms, one man holds another’s hand to stop him from turning away, a solitary figure, deep in thought or perhaps grief, grips his own legs and forehead. In charcoal, oil paint and watercolour, Brickel avoids naturalism: oversized hands and limbs contort into impossible positions. The strangeness of these men and the apparent power of their desires give the works an unusual kind of beauty; there’s gravitas in both the lingering memory of another’s touch and the intimate act of reaching out to catch someone as they fall. The watercolour A Heavy Feeling (2022) captures the weight and intensity of what it means to be close to someone. The hands of the two men, caught in a pose that recalls both wrestling and ballet, are inches away from each other but don’t quite touch. The minute distance between them, even as their bodies wrap together, is electrifying.

The glass and ceramic busts on display in Frith Street’s first-floor gallery feel somewhere between human and other, as if the artist has captured people midway through coming into being. The intensity of the detail – from the glazing to the almost body horror-style rendering of the features – creates unworldly objects, faces that do not quite belong. Schütte applies precise decorative finishes to less-than-perfect, melting human faces. Old Friends Revisited (2021) sees a series of historical male busts rendered strange and absurd, some with closed eyes and somehow serene expressions, others gazing out into the world appearing almost monstrous. Downstairs, the glass heads You 24 and Me 24 (2018) appear melancholy, surrounded by urns and a group of six almost decomposing glass bulbs (Guter Geist, Good Soul, 2022). These unusual sculptures exist at a point of tension: between mundane and monstrous, being and nothingness.

The manipulated 3D-printed heads that populate ‘Proxies, With A Life of Their Own’ feel confrontational because they dare us to decode their bluntness. Each is rooted in the same base image, printed and manipulated by the artist. The head subtitled ‘Self as Georges Henein’ appears almost like an open, speaking mouth, but the accompanying text reads: ‘Only the silent can have contempt for language. And am I not one of them?’ Issa, who has lived and worked in Cairo, New York and Berlin, gestures towards the difficulty of defining identity. Where does one version of the self end, and another begin?

In this sense it doesn’t matter how much each sculpture is Issa and how much is Henein, William Burroughs or Hannah Arendt. It’s the space in between, where Issa and Henein or Arendt are bound together, that animates the work, daring the audience to make associations rather than offering easy or linear connections. The work therefore exists in the spaces between the sculptures themselves and their uncertain relationship with the accompanying text.

In ‘The Sombre Majesty (or, on being pronounced dead)’, Rhea Dillon finds multitudes in everyday objects and motifs, creating a new kind of space that invites us to understand it on its own terms. Her work represents an almost visceral confrontation with the racist past – and present – of the United Kingdom. A Caribbean Ossuary (2022), an ornate display cabinet presented on its back, becomes a failed vessel for the transportation of broken glass and a kind of casket, a colonial ghost reanimated by Every Ginnal Is a Star (2022), a nine-point star cut from a plastic shipping barrel. With her focus on contemporary historical objects, Dillon exposes how small the space is between past and present and asks if the encounter between them can help find a way to the future.

Rafał Zajko’s solo show at the Cooke Latham Gallery is animated by a vision of the future. His sculptural forms reference technologies that feel old, yet somehow also new – stovetops, the exposed spools of thread from a sewing machine – to create a strange, haunted environment. Zajko’s retrofuturism captures a lost tomorrow. Here, progress is far from a straight line, and each piece offers what might be a compelling view of the future, even if it comes with a stark cost. For example, Siren IX (Shelterhead) (2022), which depicts part of a head with a light in place of lips, marked by surgical scars along the neck, offers what might be the next kind of human: one who can breathe underwater. The question asked by Zajko’s sirens, but never explicitly answered, is what the price of progress is and if it’s worth paying.

In his latest show, Garrett Pruter asks what Alfred Hitchcock’s The Birds (1963) would look like if there weren’t any birds in it. In Pruter’s variation – The Birds, (2022) – the gathering unease of the original takes on a different form. With no visible threat, the townspeople gradually go mad, talking about and looking for something that never comes. The film is a compelling meditation on the power of projection, depicting the characters engaged in the act, but inviting the audience to make the same move, mentally putting the birds back into the frame. Their absence gives this work its strange, hypnotic power. The continually building tension never dissipates, and never quite offers catharsis; a kind of cinematic tease, waiting for something you know will never appear. The Birds creates an emptiness that’s vast, gripping, and just as terrifying as Hitchcock’s original. 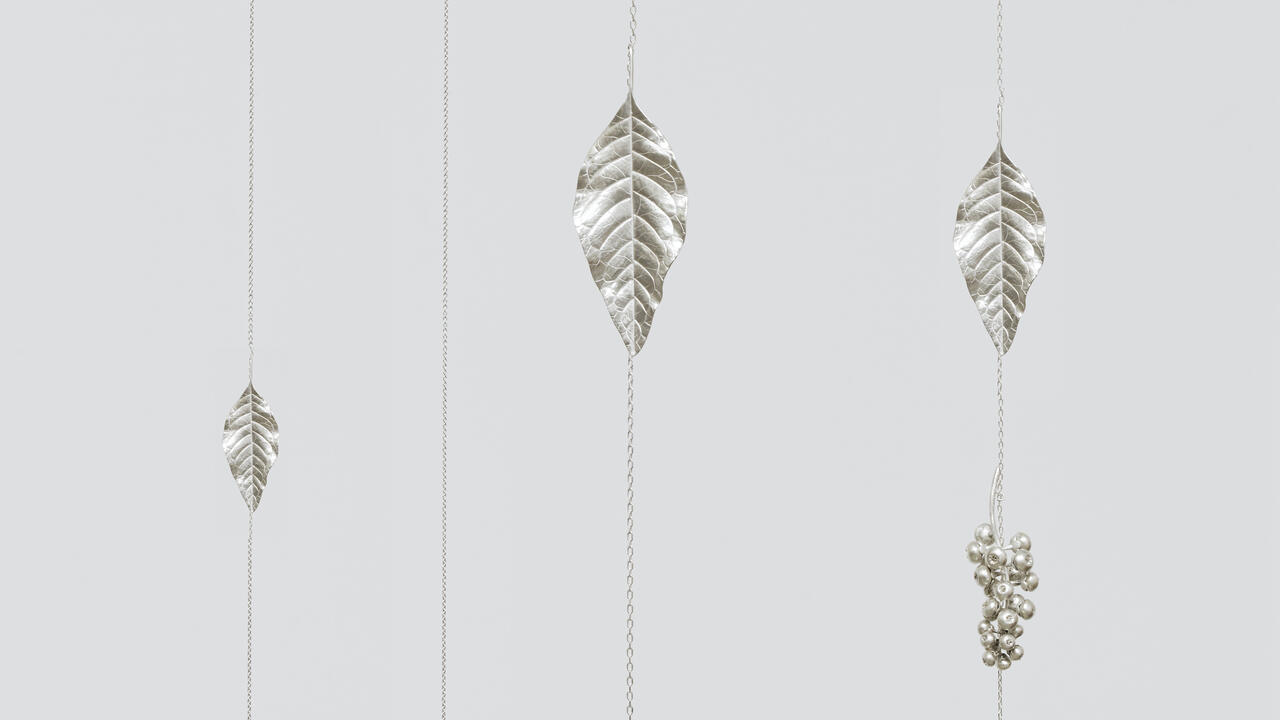