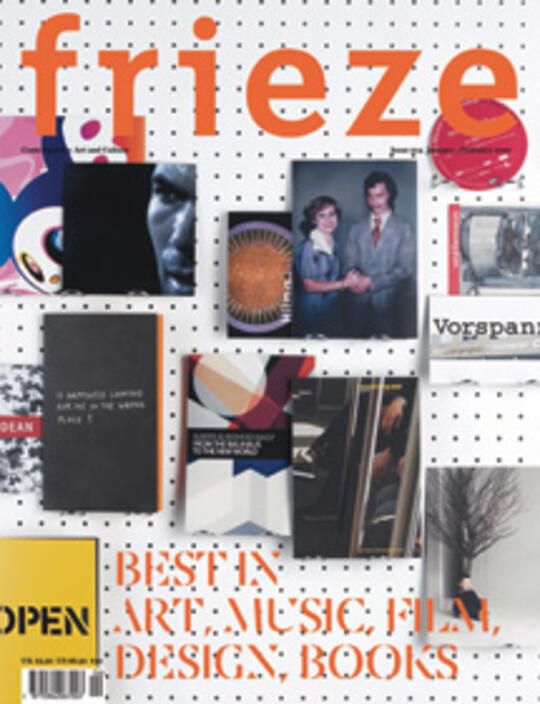 For his début show in 2004 Daniel Lefcourt exhibited a series of paintings of rocks: tar-black solitary boulders that were rendered on wheat-coloured canvas. Although the subject matter seems insipid, the paintings were anything but: visually lush, they reflected wittily on the nature of contemporary painting, the intersection of abstraction and representation, and the objectification and commodification of art. In his second solo show Lefcourt’s noir theme continued with a series of wall-based works made of black-painted MDF board that were sometimes incised with pencil-thin lines. Lefcourt is obsessive about materials, and each new work’s ebony surface was utterly devoid of brush marks and entirely flat, a result of outsourced production to a stage-prop company. The edges were unpainted, and the raw MDF, pale birch in hue, provided a bracing contrast to the dark façade and created a dynamic compositional shift when the pieces were viewed from the side.

With a single exception the works were composed of repeating stripes of varying length and width that seemed to float horizontally on the walls. In some instances, as in Breach of Contract (Total Nonperformance) (all works 2006), the lines are bound together to form massive, solid, painting-like structures. In others, such as Apparent Misconduct, bands drift apart into rhythmic striations, and the finished piece equally comprises bare strips of white gallery wall and the affixed sculptural elements.

The oscillation between painting and sculpture reflects Lefcourt’s distaste for definitive or singular conclusions. Ambiguity is pushed further in Separate Inquiry, an aptly titled work whose slats lean against the wall in a cluster. Their casual placement suggests the interchangeable elements of Imi Knoebel’s Raum 19 (Room 19, 1968), where a given arrangement is only one possible configuration among myriad ends. For Lefcourt this potential flexibility operates as a deliberate provocation: it casts doubt on the hanging works, which suddenly seem open-ended and prone to eternal modification. Similar indeterminacy is also evident in Double-Crossed Collusion (Further Misconduct), a large-scale installation whose size and repetition imply infinite continuation.

Monochromatic repetition and permutation are some of the most familiar formal strategies of art since Minimalism. Most notable here is the allusion to Frank Stella’s black paintings of 1959–60, but other referents include Donald Judd, Blinky Palermo and even Bridget Riley. These visual repartees, however, are all pseudo-morphologies, and the work does not bear out Stella’s famous dictum: ‘What you see is what you see.’ Rather, as the various titles hint, subject matter underlies these abstractions. The subjective component is explained in the show’s discursive statement, written by the artist. He describes unearthing photographs of a newspaper’s print production process while trolling around online, and becoming intrigued by its coverage of a local scandal – a politico who may have diverted funds to a cultural institution. The shapes of these found images – dense blocks of text, photos and captions – became the parameters for the new work and conceptually guided its scale, shape and character.

They are not, however, precise replications of the originals. Lefcourt went through his own process of cutting out, repositioning and reversing text and image, further crafting and diverting a story that had already been spun. He notes on a blog: ‘If there is meaning provided by these artworks it is only in that they are signs of an absence – they are evidence of that which has been displaced, negated, substituted or denied.’ And indeed, the work attempts to parallel the ‘administration’s linguistic machinations’, capturing the process of deliberate misinformation. By exchanging black laths for newsprint, he evokes the impervious character of declassified but censored documents, inevitably rife with line after blotted-out line of permanent marker. And by translating mediated socio-political rhetoric into a deeply reductive and narrowly prescribed abstract language, he creates a visually engaging metaphor for the suppression of knowledge and manipulation of information.

The twist, however, is this work’s inextricable link to the past. Throughout the 1960s and ’70s Conceptual artists challenged the irreducible concrete presence and autonomous claims of Minimal art, and argued that cultural production could not be separated from the social sphere. Thirty years later Lefcourt enters this discussion by couching politics within the fetishized language of reductive, industrially fabricated, Minimal art. The result is a flawlessly manufactured hybrid that reframes an old debate, and, while it ultimately straddles the issue, the show successfully draws power from the tension of its own oppositions.