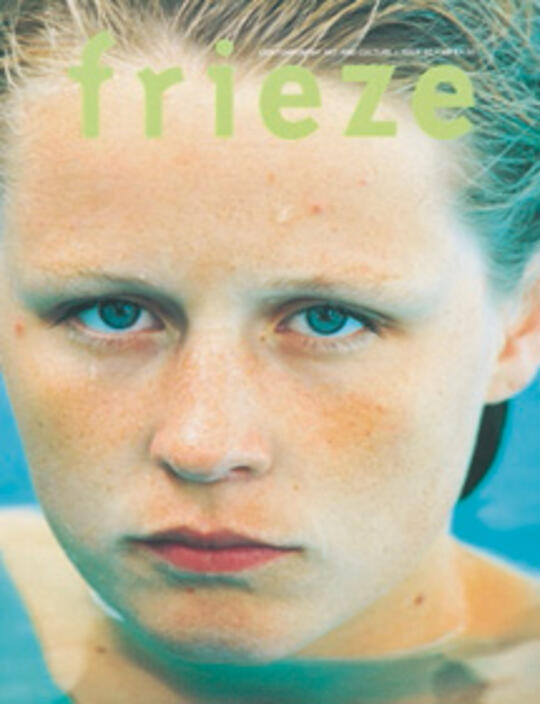 It seemed only moments after the Berlin wall came down that the advertising started to go up. Shortly after re-unification, the corporate logos of multinational consumer goods manufacturers beamed down into the unalleviated grimness of Alexanderplatz. For decades, one of the most immediately noticeable - and unnerving - things about the Eastern Bloc had been the lack of advertising; well, commercial rather than state advertising anyway. The logos of the major corporations that we all know and love have somehow become sunny, assuring, welcoming even. They act as comforting signs of the familiar amongst the uncertainties of unknown cityscapes and languages - rather like expatriates they form a bridge between the unfamiliar and 'home'. (The sight of American tourists swarming around a MacDonald's in the hostile wastes of Paris is not unfamiliar.)

Needless to say a great deal of thought and consultancy fees go into the development of a brand logo. Major corporations play a very risky game of maintaining continuity and recognisability against the perception that their brand is stagnating and becoming old-fashioned. Major changes in corporate identity are rare and rarely successful (viz. Pepsi). ICI, for example, after considerable debate over the best way to modernise their image while still preserving instant recognisability, decided simply to reverse it out into light on dark. Simple is always best. Logos have to be as resilient as possible to the corruption that they will undergo when screen-printed onto packaging, reproduced in black and white in the press or pixellated on the TV screen or neon displays.

In his video work, Daniel Pflumm deconstructs corporate logos, playing with variations on their geometric basis. But given the simplicity of most logo designs, the possibilities for their manipulation are extremely limited, and this gives a kind of Minimalist austerity and completeness to Pflumm's transformations. On a video monitor set into the wall like an info-cabin at Galerie Neu, the AT&T logo (in blue against a white background) rotates segment by segment until only a kind of abstract exclamation mark is left. The process of animation and deconstruction is similar in many ways to the kind of transformations of corporate logos that take place on TV and in cinema advertising: the ubiquitous spinning logo that is so popular with ad agencies. In another video loop, the National Electric logo revolves slowly while the red N-shaped cube that encloses it gradually grows to its full size and then shrinks back to nothing. There is something incredibly hypnotic about such simple animations which define their own world, complete and self-contained.

Even though it is initially unclear whether this cyclical, regenerating world is a 2D or 3D space, it is hard to imagine anything else occupying the white space that surrounds the AT&T logo. This, of course, is the state that all corporations aspire to - a world in which no other brand can be conceived to exist. Pflumm's video works make this a reality in the most extreme distillation of corporate logo philosophy.